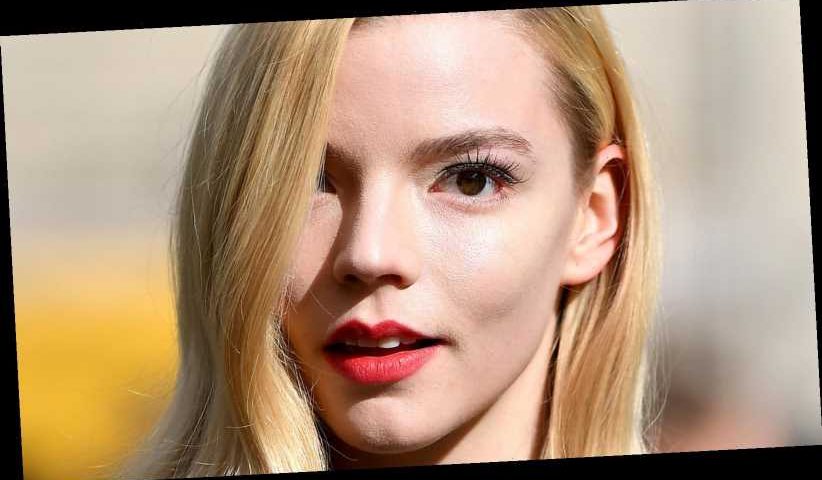 It’s been a chess match for actor Anya Taylor-Joy’s heart. The Queen’s Gambit star has had quite the love life, and now, she’s engaged (again?) to Irish actor Eoin Macken. Let’s back up first, though. In November 2020, Elite Daily noted that “if Taylor-Joy [was], in fact, romancing someone new,” she was likely to “keep that relationship on the DL.” Taylor-Joy is notably a private person, so it’s no wonder her love life is kept under wraps so well.

She was rumored to be linked to Macken in 2016 after working together on a short film titled Crossmaglen. In November 2016, Macken took to Instagram to praise Taylor-Joy, writing, “Every now and again you work with people that transcend how you see things. @anyataylorjoy is one of those people — this girl got skills.” Fast forward to July 2017, and Taylor-Joy shared an untagged photo with Macken. Per Elite Daily, mere months later the two actors “sparked engagement rumors” when Taylor-Joy showed up at the 61st BFI London Film Festival Awards sporting a large diamond on her ring finger.

All that being said, their engagement was never confirmed, and by May 2018, Taylor-Joy had seemingly stopped wearing the ring (at least, publicly), per the outlet. In May 2020, the Daily Mail reported that Taylor-Joy had moved on with photographer Ben Seed. So, how did Macken and Taylor-Joy rekindle their romance and spark new engagement rumors? Keep scrolling to find out!

Eoin Macken and Anya Taylor-Joy seemingly reconnected on another set

It seems Emma. star Anya Taylor-Joy may have found Eoin Macken again in a twist of fate. In 2020, Taylor-Joy starred in Here Are the Young Men, which was directed by Macken. While neither star has publicly commented on engagement rumors, in January 2021, Express reported that Taylor-Joy had been spotted wearing a ring on that finger again.

So, who is Macken? The Irish star — who has 13 years on Taylor-Joy, per Express — is an actor, filmmaker, author, and former model. He’s appeared in campaigns for Abercrombie & Fitch, Ralph Lauren, and GQ. Per RSVP Live, Macken “began his modeling career in University College Dublin’s famous charity fashion shows, which he was a part of in 2002 and 2003.”

He made his acting debut in 2006, and has since racked up quite an impressive list of credits. Macken has appeared on Fair City, The Tudors, Merlin, The Night Shift, and in 2016’s Resident Evil: The Final Chapter. The multi-talented Irishman has also written and directed several films, with his latest movie, Grey Elephant, slated to be released in 2021.