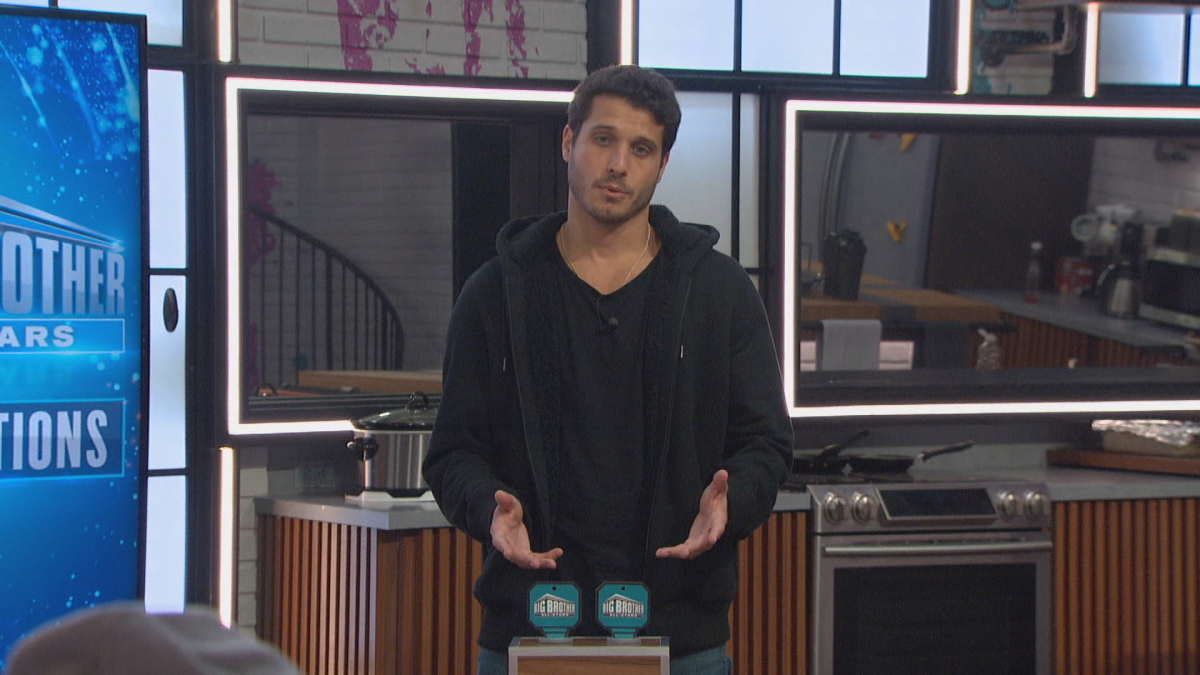 People want Tyler Crispen out of the game due to how good he is at it, while those same people want Christmas Abbott out of the house for personal reasons.

Clouding the issue a bit further is that Nicole Franzel also has a lot of personal reasons why she wants to vote out Tyler, and she has been very vocal about calling him a snake (repeatedly) on the Big Brother live feeds.

There are only six people left in the game, so all it takes is two votes this week to send either Tyler or Christmas to the BB22 jury. And there are good arguments being made by Cody Calafiore and Enzo Palumbo about evicting either one of them.

Some important chats have been taking place between Cody and Enzo which indicate that they aren’t completely sure about what to do with the eviction this week.

Cody wanted to get Christmas out of the house, but he shifted his gaze to Tyler after recent events. He got Memphis Garrett, Nicole, and Enzo on board with making it a unanimous vote to send Tyler out of the house.

But Christmas is really close with Memphis and that has started to really worry Cody and Enzo. They keep talking about their fears that Memphis could protect Christmas next week if he wins the Head of Household Competition.

Taking out Christmas right now would weaken the game that Memphis has going for him, but, at the same time, it would mean keeping the better player (Tyler) in the game. But Tyler would also be on his own.

To add even more drama to the situation, the guys feel that Christmas has gotten extremely annoying in the house. Cody and Enzo simply don’t want to be in the same house as her any longer and evicting her would solve that problem for them. But is it a good game move?

Who is getting voted off Big Brother All-Stars this week?

As of Wednesday morning, it still looks like Memphis, Nicole, and Enzo are going to unanimously vote to evict Tyler. The chat about targeting Christmas will also likely continue, but Cody and Enzo are very hesitant to pull the trigger on that.

Elsewhere, a lot of conversations have also been taking place by the BB22 cast members about who they feel should win America’s Favorite Player this summer. It’s an interesting window into how the people playing the game see themselves.