When people first think of Salt Lake City, they think of the religious home base for Mormonism and gorgeous snow-lined mountains perfect for skiing–that is until The Real Housewives of Salt Lake City came along.

Season 1 premiered last night, and fans were able to get a closer look at the affluent lifestyles of the newest round of housewives.

The women showed another side to Salt Lake City with their varied spectrum of religious beliefs, unconventional relationships, and extravagant tastes.

One thing that’s on everyone’s mind is which one of the cast members has the biggest bank account.

We’ve ranked the RHOSLC women by their estimated net worth to find out who has the most money to flaunt this season. 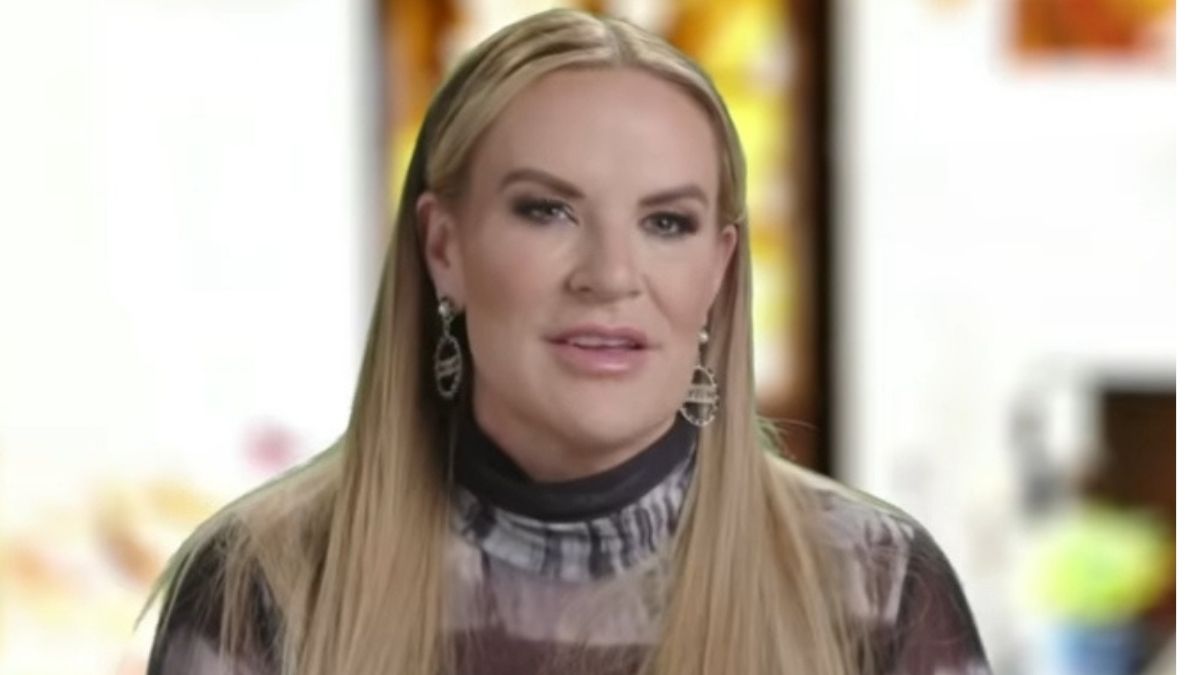 On the premiere of RHOSLC, she described herself as “Purebred, pedigreed, pioneer Mormon.”

She said, “I married a Mormon man, I had three Mormon daughters, every descendant in our line is Mormon.”

She is the co-owner of Beauty Lab + Laser, a cosmetic medical practice that is now valued at more than $20 million dollars.  But that isn’t how she originally came into her fortune.

Heather revealed that her ex-husband’s grandfather inherited money from Howard Hughes, an American businessman who had a fortune over his lifetime of around $1.5 billion.  She described her and her husband as “Mormon royalty”. Heather claimed the Gay family is “worth billions.”

After 11 years of marriage, Heather divorced her husband, who at this point remains anonymous.  It’s unclear how much she walked away with from the divorce settlement, but between her husband’s inheritance and her business, we estimate her net worth to be upwards of $10 million or more. 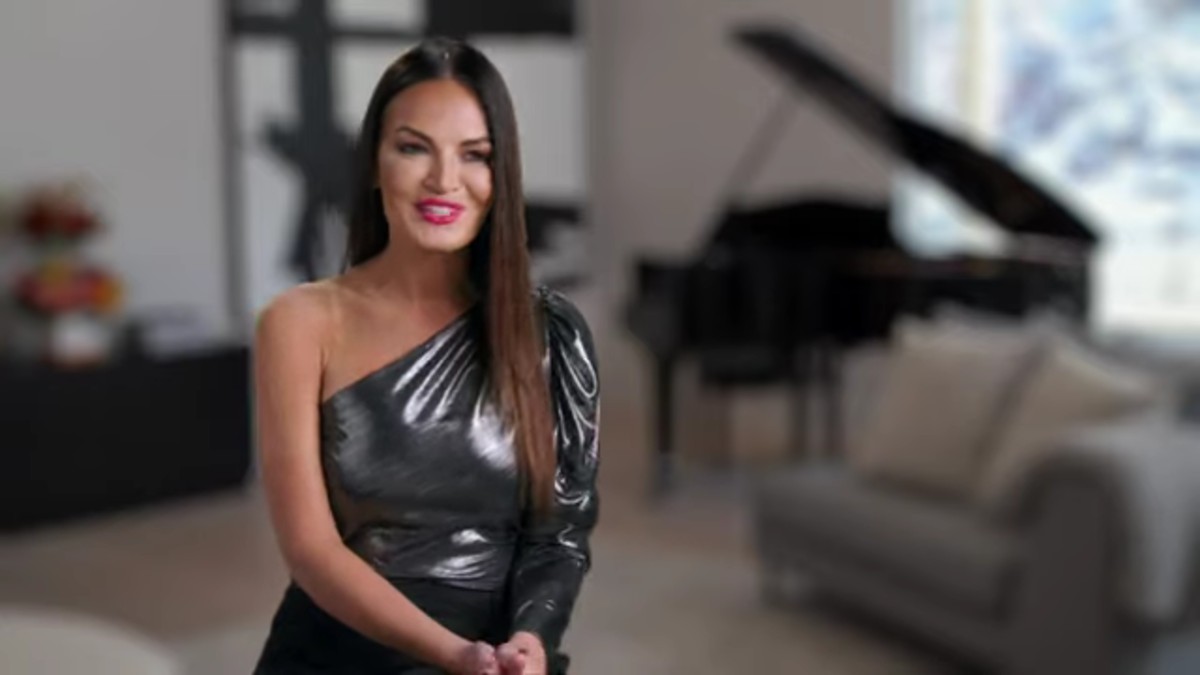 Lisa Barlow was not shy to admit that she’s strayed from her religious upbringing as she refers to herself as “Mormon 2.0”  She admitted she is known to steer away from the strict rules of the Mormon religion, and that’s evident in her business ventures.

Lisa owns a premium line of tequila called VIDA Tequila. She started the company in 2007 along with her husband John Barlow.

In addition to the alcohol business, Lisa is also the owner of LUXE marketing company, a marketing, branding, and business development firm geared for the entertainment industry.

Her husband, John, is an entrepreneur, and in addition to VIDA, he owns the companies Big Ventures, Jack Henry Spirits, and LJB Investments.

Between her husband’s business ventures, their tequila brand, and Lisa’s marketing company, we estimate her net worth to be somewhere around $5 million. 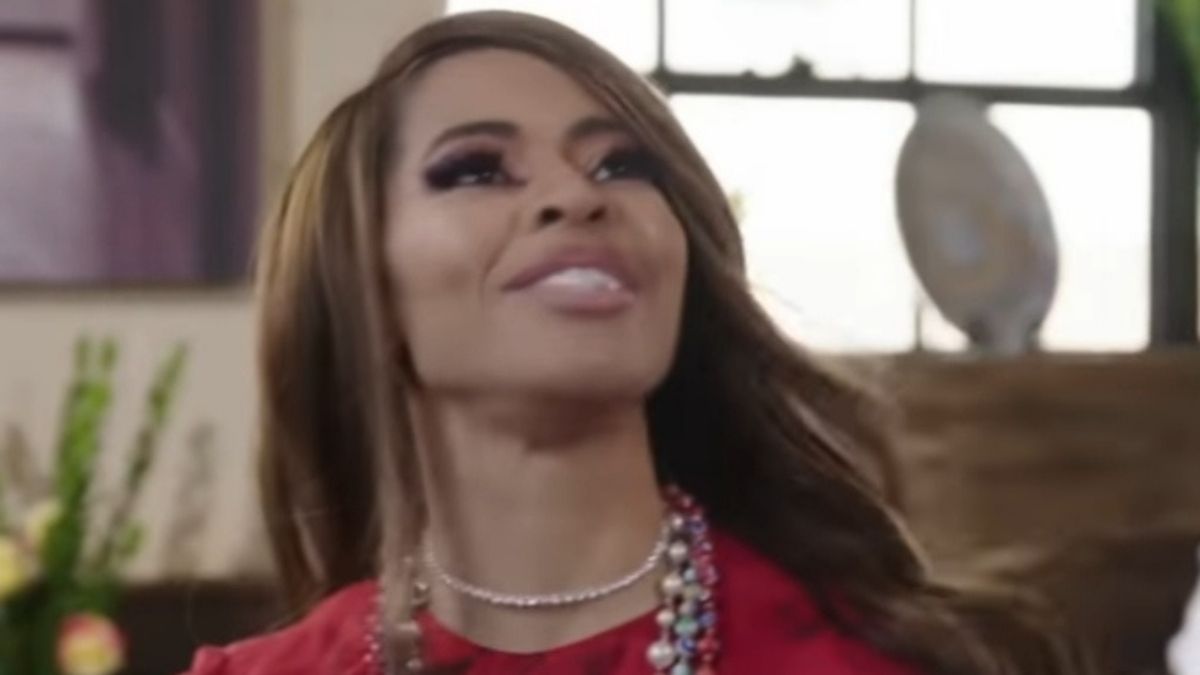 Fans were introduced to Mary Cosby, who has what may be the most talked-about storyline from the RHOSLC premiere.  Mary revealed she has been married to her step-grandfather, Robert Cosby Sr. for 20 years.

Mary said that her grandmother put it in her will that she should marry Robert and take care of him after she passed.  Mary said, “We were kind of…I would say an arranged marriage.  It was kind of in my grandma’s will for us to marry.  We’re blessed to this day.”

Her grandmother, Rosemary “Mama” Cosby, was the founder of the Faith Temple Pentecostal Church.  When she passed, Mary inherited the many churches and restaurants owned by her grandparents.

Following the inheritance, Mary refers to herself as the “Pentecostal First Lady”.  Despite the backlash she’s received over her unique marriage, Mary is unbothered and said, “They’ll get over it.  Just digest it.”

Between the number of restaurants and churches they own, we estimate the “First Lady” and her step-grandfather to have a net worth between $3 and $5 million. 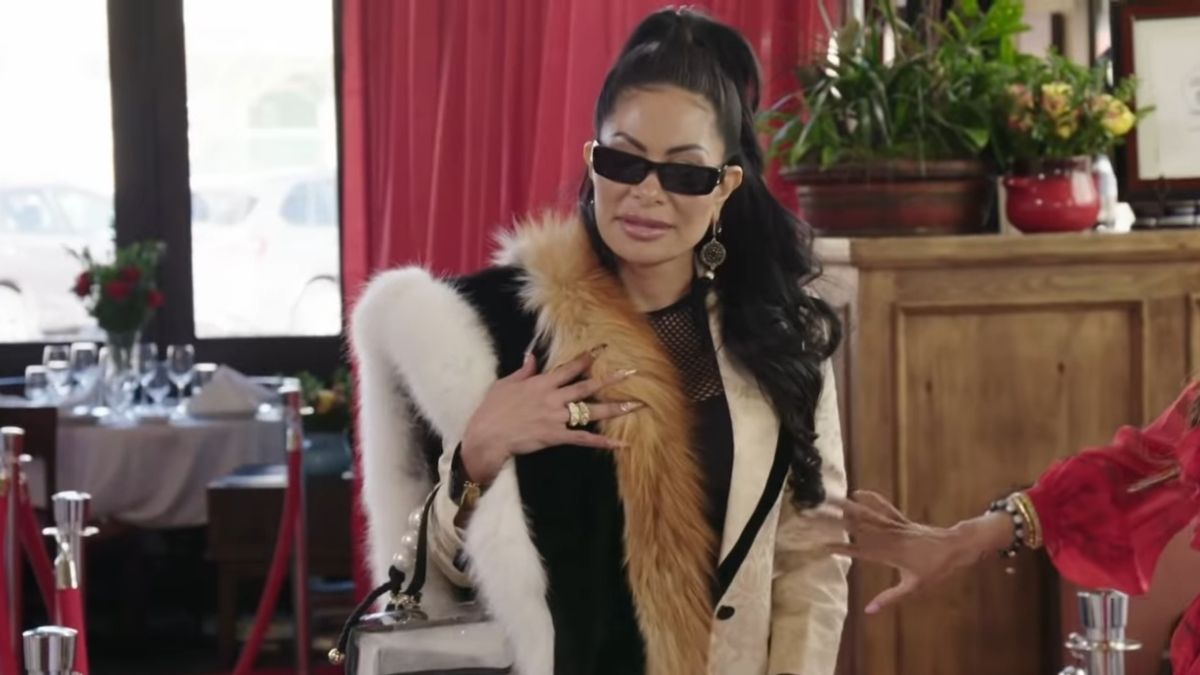 Jen Shah showed that she had quite the personality on the premiere episode of RHOSLC.  With her extravagant outfit choices and love for a good party, she will definitely be one to pay attention to this season.

Jen is married to Sharieff Shah, who is currently a coach for the University of Utah football team.

In addition to her husband’s income, Jen brings in some money of her own.  She is the CEO and founder of JXA Fashion, Shah Beauty, and The Real Shah Lashes.

In an interview with Bustle, Jen said marketing was the core business she’s run for over 20 years.  She said, “I’m actually a nerd at heart,” and mentioned her love for numbers, spreadsheets, algorithms, data points, and “all the other stuff everyone else finds boring.”

Between her companies and her husband’s coaching career, we estimate Jen’s net worth to be around $3 millon. 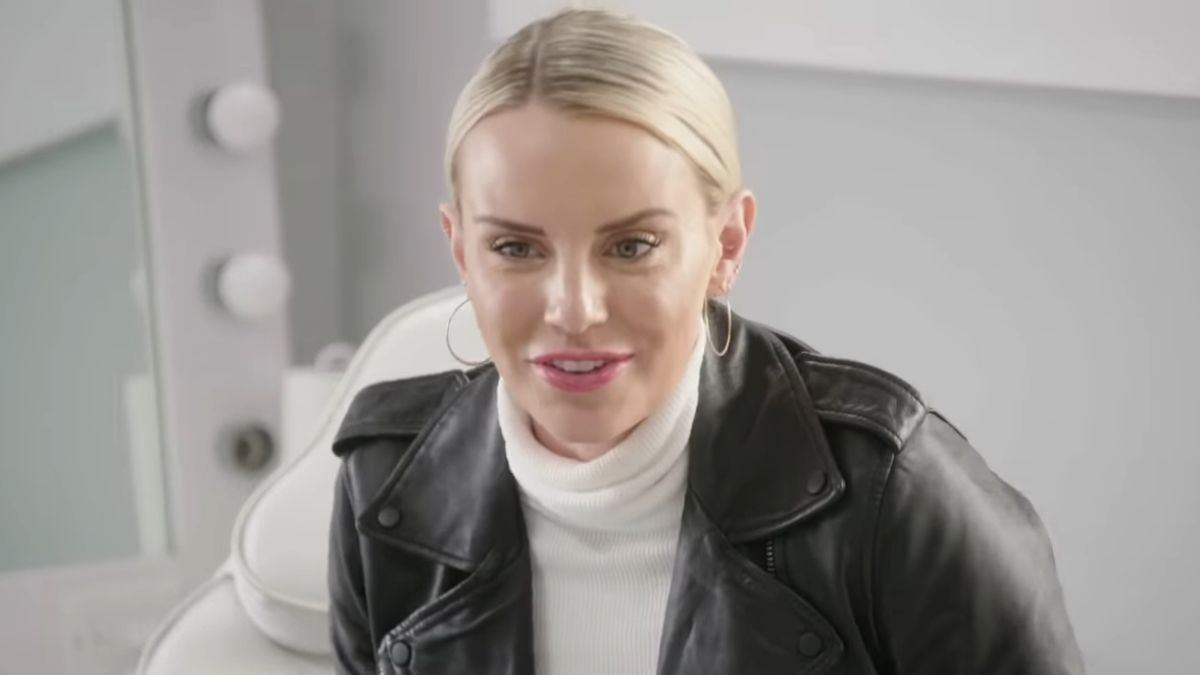 Whitney Rose introduced herself by explaining how she’d been kicked out of the Mormon church over 10 years ago due to being unfaithful in her marriage. She had no shame in admitting she had an affair with her boss, Justin Rose.

Justin and Whitney worked together at Nu Skin Enterprises, a marketing company that develops and sells personal care products and dietary supplements.  Justin worked as the President for the North America division.

In addition to her husband’s work, Whitney owns her own skincare line called Iris + Beau. The products are marketed as clean and natural for a healthy lifestyle.

Between her and her husband’s business ventures, we estimate Whitney to have a net worth between $2 and $3 million. 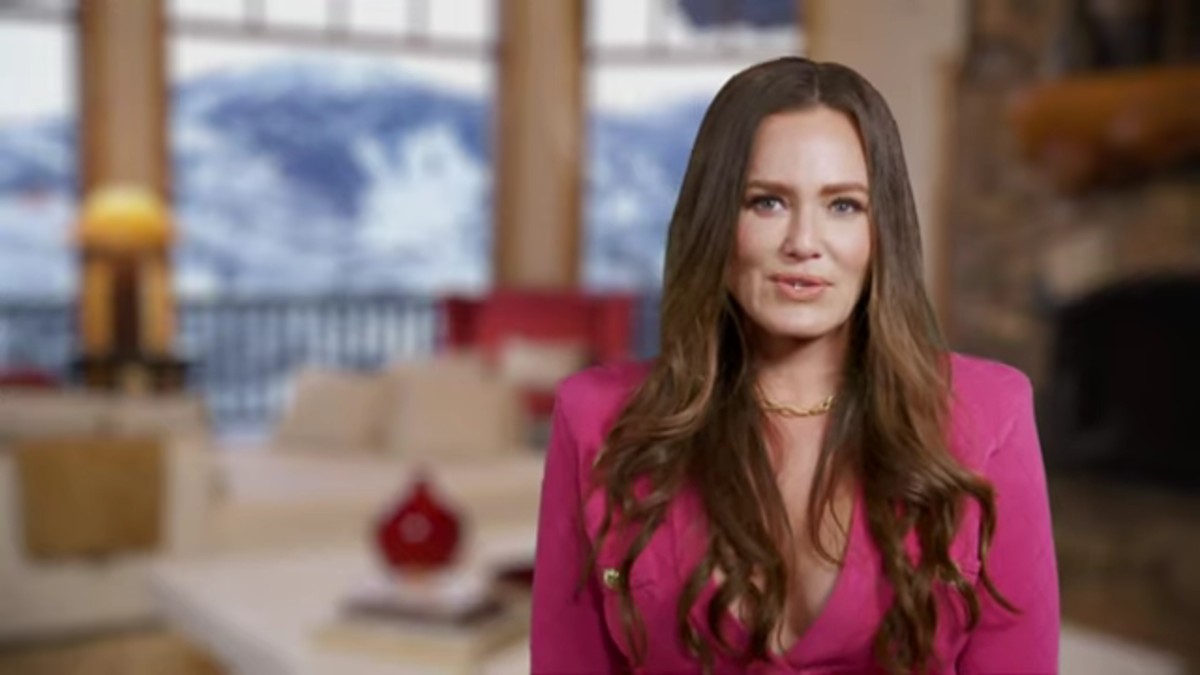 Fans were introduced to Meredith as a woman who “has it all.” She has been married to Seth Marks for over 25 years and revealed the couple hit a rough patch after becoming empty-nesters once their kids moved away to college.

Meredith owns a high-end jewelry company and has sold her pieces to several top Hollywood celebrities.  Her collection can be found at MeredithMarks.com or can be purchased at her store on Main Street in Park City.

Before getting into the jewelry design industry, Meredith worked as a model and also graduated with a law degree from Northwestern University.

Meredith’s troubled marriage seems like it will be a major part of her storyline, in addition to her love for parties and extravagant fashion choices. With her high-end jewelry design business, we estimate her net worth to be around $1 million.

They may have diverse backgrounds and storylines but one thing is for sure, regardless of their net worth, the RHOSLC ladies have impressive bank accounts. Along with showing off their lavish lifestyles, it looks like the cast will bring some major drama to warm up the winter months.

The Real Housewives of Salt Lake City airs Wednesdays at 10/9c on Bravo.