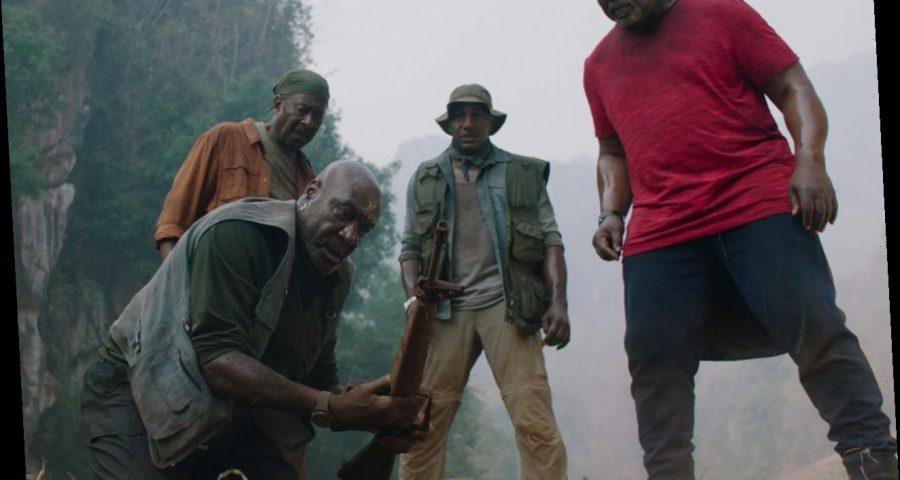 TheWrap awards magazine: “People have referenced that Paul is losing his mind…I’m not thinking that at all. I’m speaking my truth,” actor says

When Delroy Lindo talks about his character, Paul, in Spike Lee’s “Da 5 Bloods,” he’s hesitant to break down the ins and outs of what makes the Vietnam vet tick.

“There’s a danger that every time one deconstructs an aspect of Paul’s character, his personality, I am demystifying who this man is in a way I don’t think is helpful,” Lindo said. “In many ways, I want the man to exist and speak for himself on his own terms.”

Maybe that has something to do with the travesty of Lindo’s monumental performance being overlooked by both the Golden Globes and the Screen Actors Guild Awards voters. When you look into Lindo’s eyes, you see not just Paul but the 50 years of baggage and torment he brings with him from the Vietnam War.

We see it most clearly when he erupts after a salesman pesters him to buy a chicken or when he’s evoking his father’s sacrifice on the beaches of Normandy to a stubborn Frenchman. It’s not just rage he’s expressing, but guilt and grief that has led Paul to feel suspicious of others and perhaps led him to vote for Donald Trump.

Lindo’s preparation included speaking to Vietnam vets still experiencing PTSD, as well as reading literature, watching films and discussing the movie with Lee and the rest of his cast, which included Clarke Peters, Norm Lewis, Isiah Whitlock Jr., Jonathan Majors and Chadwick Boseman. But all of that simply helped him inhabit the “prodigious vessel” that was Paul.

“I’m bringing as much as I can to flesh that out and to enable Paul, my Paul, to live and breathe,” he said. “The notion of loss is huge for Paul. And loss is not insignificant to me.”

Late in the film, as Paul has ventured on his own into the jungle, he addresses the camera with a jittery yet focused and magnetic soliloquy. It’s not unlike the many tragic Shakespearean characters Lindo has portrayed on stage — but, he said, there’s a key difference.

“In a soliloquy, you’re speaking to the person that has the answer, or you’re speaking to the person who you hope has the answer,” he said. “From that point of view, the camera was the other person that I was talking to and expressing my truth. People have referenced that Paul is losing his mind, and I have to tell you for me at that point, I’m not thinking that at all. I’m speaking my truth to this person that is in front of me. I’m speaking about reality as I see it at that moment in my life. And frankly, I’m really clear about what has happened.”

Paul says it himself as he sings Marvin Gaye’s “God Is My Friend” just before he meets his fate, insisting, “I ain’t never been more sober in my life.” Lindo sees things clearly, too, and he’s grateful that audiences have been able to see Paul as more than just the sum of his imperfections.

“When you have a part like this, meaning such a multifaceted, emotionally complex part, you jump in, you do the very best you can with finding and giving expression to the various aspects of who the human being is,” he said. “To have audiences say they got it, that’s profoundly rewarding.”