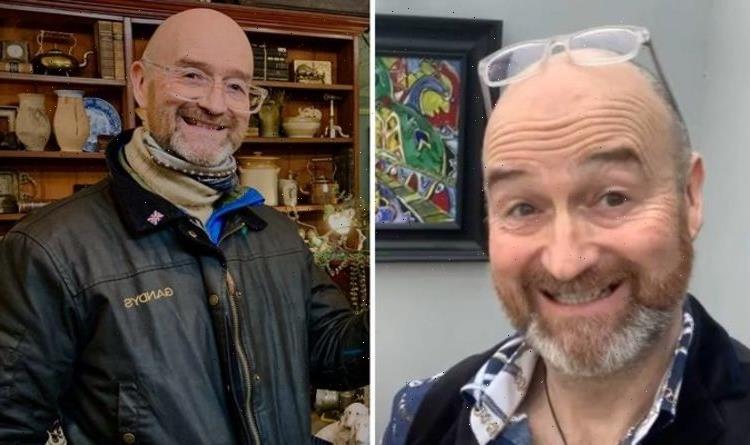 Bargain Hunt has a plethora of antique enthusiasts and experts to help give each episode’s teams the advice they need to make the right purchases. The BBC One hit daytime series had to say goodbye to fan-favourite David Harper after 15 years on the programme. He grew up with a love of antiques which fuelled his career on both Bargain Hunt and Antiques Road Trip during his time on the shows.

David says he has been surrounded by antiques all of his life as it was a passion of his parents who loved to hunt for precious items at auctions.

He’s collected coins and stamps from the age of five and bought his first antique at the age of nine, a Victorian silver plated basked for his mum’s birthday.

In the early noughties, David worked as a BBC Radio antique phone-in for four years, valuing live on-air and answering questions from the public.

With a wealth of experience under his belt, David went on to appear on Bargain Hunt for the first time in 2005.

David made the big announcement on Twitter that he would be leaving Bargain Hunt for good in October 2020.

He simply expressed that it was time for him to “move on” from the beloved BBC series.

David wrote: “Re: Bargain Hunt. What can I say – huge and grateful thanks everyone for your comments, likes and shares after my post yesterday announcing that I’m leaving @BBCBargainHunt

“I’m bowled over by your kind words and they’re so very appreciated. Thanks again.”

David continued: “Bargain Hunt Announcement: After 15 happy years on @BBCBargainHunt I’ve decided, now is the time to move on and hang up my golden gavels (I do have a few, I promise!)

“Thanks for the fun and memories. Cheers and keep watching!”

But he didn’t take a break for very long as the following week he made another announcement.

David promoted an upcoming job on his social media as he was in need of a camera team.

He wrote: “Opportunity for a budding filmmaker: I’m filming a pilot for a TV gameshow idea to pitch to commissioners.

“It’ll be one day in Ripon N. Yorkshire, plus editing & graphics.

“You’ll need your own equipment. Please email me for more info.”

As of yet, there has been no indication as to what the project is exactly and whether David is still working on it.

While he hasn’t appeared on Bargain Hunt since, David is still making some television appearances.

The 55-year-old is still a semi-regular expert on Antiques Road Trip as well as the celebrity version of the series.

So while he may no longer be on Bargain Hunt, antique fans haven’t seen the last of David just yet.

Bargain Hunt is available to watch on weekdays on BBC One.