NBC’s This Is Us recently went even further into the analysis of the Pearsons by peering into Kate’s dream world as a kid. There isn’t any deeper well to examine someone’s psyche, and it revealed a lot about how she felt about her parents.

It also revealed a lot about how she feels about men in general. While she’s a straight woman who wanted to find a love of her life (eventually through Marc), she also had a deep-down understanding of never really finding a prince.

The metaphors of this in her dream with her dad opened the floodgates on Kate’s thinking. Now it’s leading some to believe the dream was a setup for leaving Toby, maybe temporarily.

Will she later raise Baby Jack without a “prince” in her life? 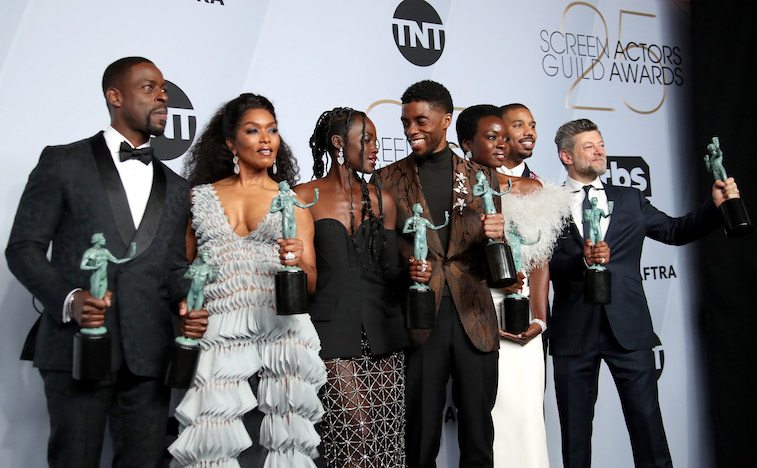 Yes, that dream Kate had and prompted by her dad, Jack, was already telling. Everyone found out Kate considered her dad a prince, though also her mom, Rebecca, a princess who would see things through. Once Jack died, this became more than a little prophetic.

Then there was the oddball relationship between Kate and Marc. While the Marc character was somewhat amusing in his smarmy ways (including Rebecca’s disgusted expressions), he was also a troubled teen with anger issues. Only in the final scene of Kate’s story in this season’s new character trilogy did we see how terrible Marc really was.

This clearly haunted Kate, perhaps turning her off to ever thinking a man in her life would be perfect. When she met Toby, though, she must have thought her unlucky streak was broken.

However, everyone’s seeing now how their marriage has been strained due to Jack being born with impaired eyesight. Despite Toby showing more encouragement with Baby Jack being able to see faint objects and light, things seem to be getting more distant between this couple.

If Kate does split with Toby, it probably won’t mean an affair with Gregory

The theories of Kate linking up romantically with their next-door neighbor, Gregory, might be falling flat. Not that Gregory doesn’t provide emotional support for Kate when dealing with Baby Jack’s issues. As a recovering stroke patient, Gregory could still be a factor in Kate’s life, if maybe not as a romantic interest.

Most family explorations on This Is Us go more to the core of reality than assuming everyone has to hook up romantically as in every other drama. In the real world, people do become good friends with their neighbors without thinking about it turning into an act of romantic love.

Gregory will likely stay as a good friend to Kate, no matter if she splits with Toby. Nearly every TiU analyst seems to agree a Kate-Gregory relationship would just be another disaster since both have gone through a lot of emotional turmoil.

Based on the design of Kate’s dream, the real outcome may be raising Baby Jack alone without a father in the house.

The trajectory toward single mothers rings true with reality

Statistics continue to show a major uptick in single mothers here in America. This Is Us truly is on the pulse of America, where it’s been, where it is now, and where it’s going.

Having Kate being a single mother eventually like her mom simply makes sense based on former’s psychological makeup and reigniting a closer relationship with Rebecca. Nobody should assume Toby wouldn’t still be there as a father, if ultimately moving on romantically with someone else.

After all, Toby is seen in a recent flash-forward, presumably at Rebecca’s bedside in her final moments. He’s probably going to be involved with the family in some way off and on, which isn’t always unusual when people split for the good of everyone.