“Consumer confidence in coming back to movie theaters is getting stronger over the past month,” NATO’s Joe Masher says

When movie theaters finally reopen in New York City on Friday, Hollywood will be watching to see if this will be the first wave in a more widespread box office recovery — and send a message to studios that it may soon be safe to release big-budget tentpole films in theaters again.

For the cinemas that do reopen, two new family films will be on offer this weekend: Warner Bros.’ “Tom & Jerry,” which managed a $13 million opening last weekend despite also being available on HBO Max, and Disney’s “Raya and the Last Dragon,” which will be released on more than 2,000 screens — as well as a $30 premium on-demand offering for Disney+ subscribers. With some theaters offering discounts on tickets, the hope is that moviegoers will see theaters as a cheaper alternative to a PVOD “Raya” and push the film to a mid-teens opening similar to the ones earned by “Tom & Jerry” and “Wonder Woman 1984.”

“Consumer confidence in coming back to movie theaters is getting stronger over the past month,” said Joe Masher, COO of Bowtie Cinemas and president of the National Association of Theater Owners’ New York branch. “So we need to start reopening now, and we need titles to stay where they are on the calendar. If these things don’t all happen over the next two months, our industry is going to suffer a lot more carnage than it already has.”

But not every theater in New York will reopen this weekend. Masher doesn’t have an exact number or percentage of how many will open. “We don’t even know how many have closed for good,” he said, but points to several hurdles still facing some cinemas.

“Raya and the Last Dragon” (Disney)

One is that even with two family films and a handful of Oscar contenders available to screen in theaters, not every theater owner will be convinced that there’s enough titles to fuel a profitable turnout. While Warner Bros. is releasing “Godzilla vs. Kong” day-and-date at the end of March, there will be no major blockbusters reaching theaters exclusively until Disney/Marvel’s “Black Widow,” which is still currently set to open May 7.

And then there’s the matter of concessions, which can mean the difference between profit and loss for many theaters. Health officials are allowing theaters to run concession stands, but some reopening this Friday, like the IFC Center in Greenwich Village, have announced that they won’t have any concessions.

AMC will have its concession stands open at all 13 of its NYC locations on Friday, but are encouraging customers to order popcorn and sodas ahead of time via its app — as is the Angelika Film Center in Noho. For theaters without an app, like the dine-in Nitehawk Cinema in Brooklyn, sanitized pens and paper will be provided for moviegoers to write down their orders. Figuring out how to sell food and drink in a safe way will be an issue each theater will have to solve based on its resources and the layout of lobbies and concession stands.

The biggest problem is simply that some theaters need more than the 10 days notice that Gov. Andrew Cuomo gave them to reopen.

AMC, the nation’s largest chain, has had the resources to prepare for reopening whenever allowed to do so. But smaller theaters will still need time to re-staff their locations — which could include training new employees if some laid off ones don’t return — and perform any necessary maintenance. In particular, the installation of the air filters required by New York health officials to maintain outside air flow and reduce the chances of the virus spreading in theaters takes time to install. 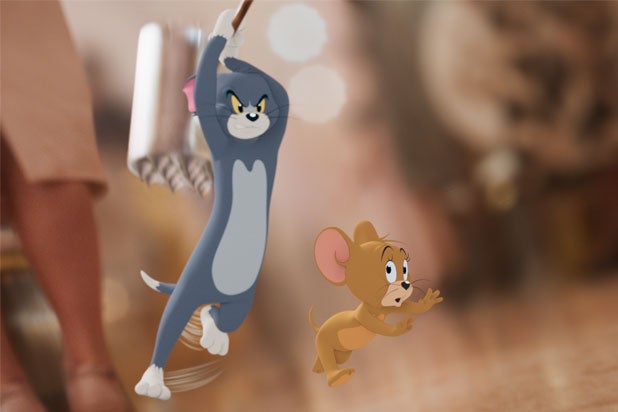 “There’s a lot of things in a movie theater that can easily break if they’re not constantly maintained, and a lot of the smaller theaters just didn’t have the money to keep it all together while being closed for a year,” Masher said. “And some need more time to get the equipment together to meet COVID protocols, so it will probably be another month before the majority of the city’s theaters are back open.”

Distributors have told TheWrap that it’s still a relief to have the country’s biggest market providing some revenue again. For now, the return of AMC’s large multiplexes, such as the enormous 25-screen location on 42nd Street, will provide a foundation of revenue that hasn’t been around for the films that have tried theatrical release over the past year. San Francisco is also reopening its theaters this weekend, and execs and theater owners hope that Los Angeles won’t be too far behind.

If all three of those major cities have theaters open again in some capacity by the end of the month, there’s a chance that the box office could have the entire summer to rebuild. In a possible sign of increased studio confidence, Sony Pictures announced on Wednesday that it was moving “Peter Rabbit 2” not back, but up from June 11 to May 14. A day later, Universal moved the “Fast & Furious” sequel “F9” from May 28 to June 25.

Those announcements came just after President Biden announced that the U.S. will have enough COVID-19 vaccines to treat the entire population by May. The White House had previously set that crucial milestone for July. Increased supply could lead to faster vaccinations and a swifter end to the pandemic.

“The vaccine really has provided the stability that wasn’t there last fall,” Boxoffice analyst Shawn Robbins said. “Now that major cities are reopening theaters, studios will have all of March and April to really get a sense of what the theatrical space will be like this summer. The fact that we’re seeing release dates move by weeks instead of months shows that increased confidence.”

But there’s still a long way to go. Epidemiologists continue to ring warning bells that more infectious COVID-19 variants could lead to another infection surge if health officials can’t vaccinate the public fast enough to contain it. If that surge comes, theaters could be forced to close yet again and cause May blockbusters to give up hopes of releasing on time. Despite this threat, Texas Gov. Greg Abbott this week lifted all capacity restrictions and mask mandates for businesses, though some chains like Alamo Drafthouse will continue to enforce mask-wearing and other restrictions.

Whether “Black Widow” hits theaters on May 7 and whether theaters have a full summer blockbuster slate to get back on their feet will come down to how many Americans continue to get vaccinated and practice social distancing and how responsibly businesses handle reopening as the pandemic reaches its potential end. In meetings with Cuomo and health officials, Masher is trying to hammer out a tentative timetable for when theaters in upstate New York can expand their audience capacity to 50% and convince them to allow for higher capacity limits for theaters with recliner seats, which already have lower capacity limits and greater space between audience members because of the larger seats.

He knows that the speed with which theaters will be able to get back to normal is not entirely under his industry’s control, but Masher is confident that theaters don’t have to sacrifice the health and safety of their customers  to get back in business this spring. “We have been arguing for months that theaters can operate safely without being a place where the virus spreads, and now is the time that we prove this to the public,” he said.