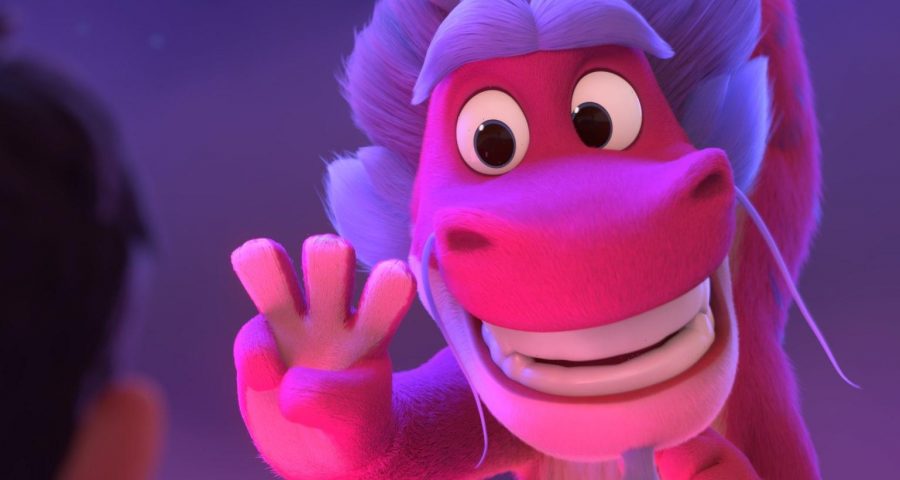 Do you want to see John Cho doing his best Robin Williams? Well, the new Sony Animation movie Wish Dragon is granting your…wish. Cho voices the titular wish-granting magical dragon, Long, who is unleashed from an ancient teapot by a working-class college student (Jimmy Wong), sending the two of them on a hijinks-filled adventure through contemporary Shanghai. Netflix, which is debuting the Sony film, has released the Wish Dragon trailer.

John Cho, I love you, but you’re no Robin Williams. To be fair, very few people are, but it’s painfully clear here in the Wish Dragon trailer, which is full of scenes that are almost ripped verbatim from the 1992 Disney animated classic Aladdin. The snarky wish-granting deity putting on a big show before telling his new master that he only has three wishes? Check. The itty bitty living space bit? Check. But whereas Williams’ memorable scenes and dialogue from Aladdin were almost completely improvised — and have the crackling energy and humor that comes with the comedian’s off-the-cuff delivery — Cho’s lines feel unfortunately staged and stilted. The only thing that appears to set Wish Dragon apart from an Aladdin knock-off is its new contemporary Shanghai setting and a nice central narrative about childhood friends instead of romance.

I won’t go long on the magic of Williams’ performance in Aladdin and how Hollywood took all the wrong lessons from it. Actually…I will a bit. Williams was an unusual piece of stunt casting that miraculously worked out for the movie — with Disney animators studying up on Williams’ energetic performance in the booth to work it into the movie. A lot of Genie’s physicality came from Williams himself. Of course, Hollywood didn’t see how uniquely suited Williams was to voice acting, and instead took the route of casting celebrities in voice acting roles as a way to draw audiences with big names — regardless of whether those actors, as talented as they might have been onscreen, had the very specific acting muscle for voice performances. Wish Dragon isn’t the only example of this issue, but from the looks of the trailer, it kind of embodies it.

Here’s the synopsis for Wish Dragon:

In Sony Pictures Animation’s Wish Dragon, Din, a working-class college student with big dreams but small means, and Long, a cynical but all-powerful dragon capable of granting wishes, set off on a hilarious adventure through modern day Shanghai in pursuit of Din’s long-lost childhood friend, Lina. Their journey forces them to answer some of life’s biggest questions – because when you can wish for anything, you have to decide what really matters.