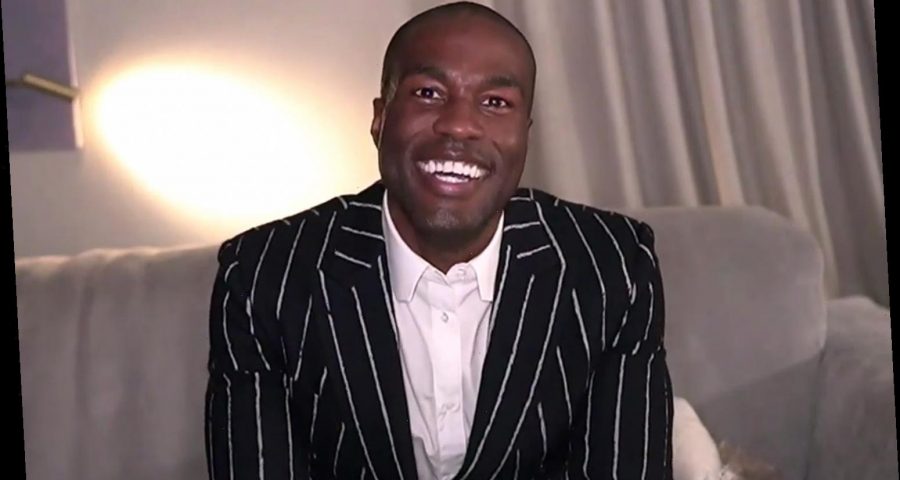 If you've seen Yahya Abdul-Mateen II on Watchmen, in Aquaman or in the pages of PEOPLE's Sexiest Man Alive issues, you might assume he was born to do this. (Hello, have you seen that smile?)

But the actor, 34, reveals on our new podcast, PEOPLE Every Day, that initially, he studied to be an architect, and it took losing his job to find his true calling.

"I got laid off from my job in 2010, and I was at a place where I said, 'You know what? I just don't want to have any regrets'," he tells host Janine Rubenstein, adding that he gave himself three years to make "significant progress" on his dreams. He got cast in a Baz Luhrmann series right out of grad school — immediately establishing him as "one to watch" — and several years later, he was taking home an Emmy for his role in Watchmen.

The awards circuit wasn't the only one buzzing about his Watchmen performance, though; the actor had a very memorable nude scene almost from the first scene. And he got to live out every kid's nightmare: Watching himself get naked on the big screen, with his mom sitting right next to him. Luckily, though, she played it straight.

"We were at the premiere and my mama was sitting right next to me. And there was a sex scene with me and Regina [King] in the closet in episode one," he said. "I never tipped nobody off about it. I just sat there right next to my mama, and you know what? Surprisingly, she didn't react. And I don't know if she reacted on the inside or what she was trying to hold, but I got zero feedback from my family. I think I did give them a heads-up about the straight up naked, naked, naked, naked. But they was cool with it, I think." The podcast's debut, Feb. 1, also coincides with the first day of Black History Month, and Rubenstein and Abdul-Mateen discussed the importance of Watchmen highlighting a horrifying (and often overlooked) incident in American history, the Tulsa massacre. The actor said bringing attention to important Black stories is a priority for him.

"I started to feel the importance of [Watchmen] … and not just the subject matter, but also on the themes of representation," he said. " I begin to learn how my work resonates in the world, and how the projects that I was on begin to resonate in the world. … I'm very, very excited about bringing more stories like that to the forefront and acting in it, producing, writing, and things like that as well."

So he's conquered the acting world, he's moving onto directing and producing, and he's got tons of new, exciting projects in the works. Are things as busy on the romance front for him?

Not to hear him tell it! The actor joked that he was checking his DMs for action recently, without much to report: "I was peeking in that thing this morning, I'm not going to lie," he said, laughing. "Nah, it's quiet in there. Ain't nobody checking for me."

Check out more from Abdul-Mateen's interview on PEOPLE Every Day's debut episode, available now on iHeartMedia, Apple podcasts, Spotify, Stitcher or wherever you listen to your podcasts.