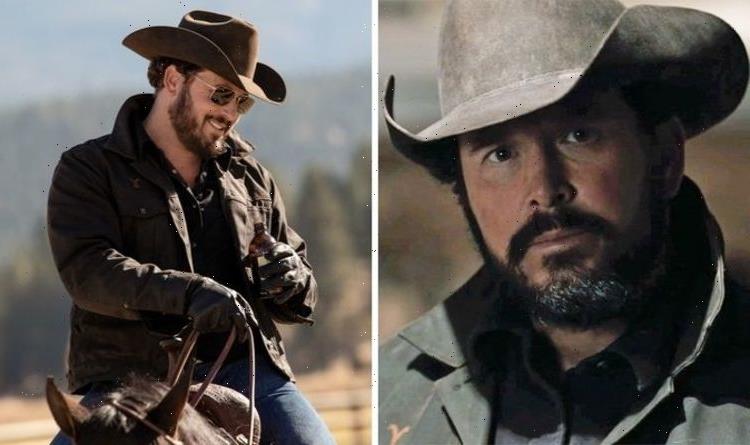 The Paramount drama has just wrapped up its riveting fourth instalment, and fans have been left waiting on tenterhooks to see if the story will pick up later this year. With the future of Yellowstone still uncertain, Rip Wheeler star Cole Hauser may have inadvertently confirmed an impending announcement on Instagram.

He told his Instagram following and Yellowstone fandom: “See y’all in S5!”

Paramount is yet to confirm a fifth season, but the series is expected to continue after record viewing figures for the last episodes.

Season four premiered to a massive eight million US viewers back in November 2021.

As the series’ popularity has clearly picked up steam following the pandemic, there’s little to no chance of Paramount stopping there.

The Rip star went on to thank his near million Instagram followers for continuing to stick with Yellowstone each year.

He continued: “Thank you again for being the best fans and the continued support of @yellowstone and making us #1 in all the land.” (sic)

Cole went on to receive several good wishes in the comments from his co-stars and followers.

His on-screen fiancée, now wife, Beth Dutton star Kelly Reilly, added a tribute of her own with plenty of love heart emojis.

The Yellowstone actor wrote: “The best fans of any show ever!!! So loyal and passionate.”

And Yellowstone fan jillstro48 said: “I Love me Some RIP!”

“Can it come back sooner than November please?” (sic)

Previous seasons have begun in June, though it’s unsure if filming for a theoretical fifth season can be complete in time for a summer premiere.

After a steady increase in popularity, Yellowstone’s fourth season was the most-watched series on television in 2021.

Its two-part premiere episode was also the most-watched premiere since the return of The Walking Dead in 2017, pulling in a total of 14.7 million fans worldwide.

With some loose ends still left to tie up at the end of season four, Paramount has shown no signs of slowing down.

Yellowstone has even begun a new spin-off, 1883, set in the early days of the Dutton dynasty.

Meanwhile, young cowboy Jimmy Hurdstram (played by Jefferson White) is expected to continue his wrangling adventures in the upcoming 6666 offshoot.

All that’s left now is for the Paramount Network to officially give the green light for the Dutton saga to continue.

Yellowstone seasons 1-4 are available to stream on the Paramount Network now. A UK release date is yet to be announced.