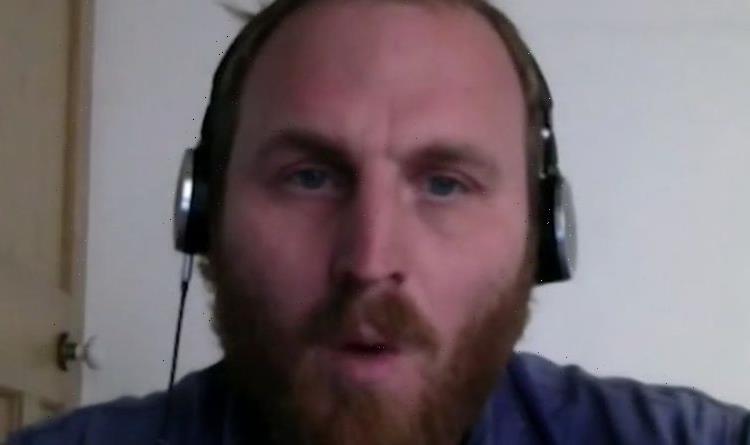 Jeremy Vine guests have slammed Insulate Britain’s activist Liam Norton and his fellow protesters, saying that they are “defeating their own object” and they “disgust” the general public. The slamming came after more than 100 Insulate Britain protesters were served with an injunction against road-blocking demonstrations at the Royal Courts of Justice this morning.

Confronting Mr Norton of Jeremy Vine on Five, guestAnna Soubry said: “You’re trying to get action, and then you criticise people for asking you questions without understanding.

“If you did your job better, we would understand and support you but what you’re doing is you are alienating the very people you’re trying to persuade to do the stuff that you believe in.

“Don’t you understand that?

“You’re actually defeating your own object.”

Mr Norton said: “No, no, you don’t understand how power works…”

“Firstly, if you’ve got real power, you would be on this show showing empathy to those people who are working day or night trying to get to work or get home.

“The difference is you come here with such arrogance and say the way that we’re doing is the only way.”

She went on: “Well actually, I’m here to tell you that you’re wrong.

“No one cares about what you are trying to say, ultimately, people are angered by you, that’s not going to bring about change.

“Whether you think it is or not. No one is now thinking that.”

Insulate Britain have carried out protests over 11 days across the M25, M4, and M1 causing severe backlogs in traffic and sparking the fury of commuters.