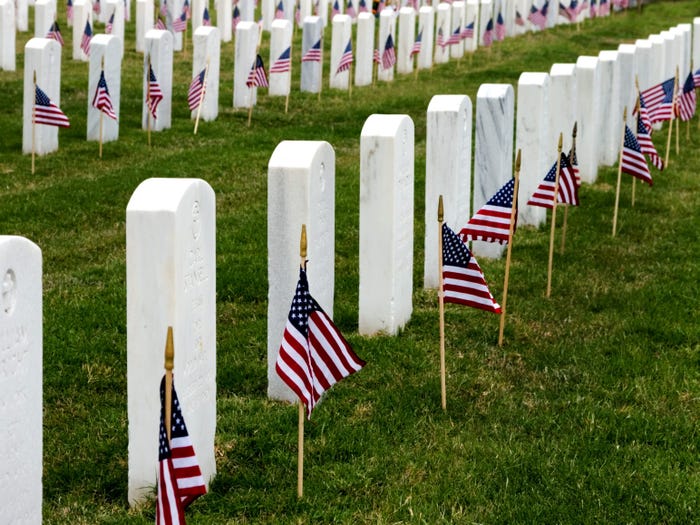 The headstones marked the graves of German prisoners of war from World War II and had been there since 1947, the San Antonio Express-News reported. The newspaper said 140 prisoners of war are buried at the cemetery.

The cemetery director and his staff quietly removed the headstones of Alfred P. Kafka and Georg Forst on Wednesday and replaced them with new ones.

The men had received the Iron Cross, an award in the German military at the time that featured the Nazi swastika, the Express-News reported. The headstones also had a German phrase that translates to: "He died far from his home for the Führer, people and fatherland."

"Clearly, it took a long time for this to happen, and it's obviously the right thing to have been done," Michael L. Weinstein, founder and president of the Military Religious Freedom Foundation, said, The Associated Press reported.

His foundation was behind the action, advocating for the removal of the gravestones to Robert Wilkie, the Veterans Affairs secretary.

The AP reported the VA was not willing to make a public apology about the graves' despite Wilkie's demands, and said "historic resources" should be protected even if they are divisive.

The VA ultimately agreed to remove them in June, after lawmakers and veterans activists said they were disrespectful, Military Times reported.

"It is understandably upsetting to our veterans and their families to see Nazi inscriptions near those who gave their lives for this nation," Wilkie said at the time. "That's why VA will initiate the process required to replace these POW headstones."

Texas lawmakers Sen. Ted Cruz, Rep. Will Hurd, and Rep. Kay Granger supported the headstone's removal, according to the AP.

Rep. Joaquin Castro also said he was "glad" they were replaced.

"It's jarring to think that symbols of the Third Reich and the Nazi regime would stand in an American military cemetery," he said.