An 80-year-old Italian man stabbed his wife to death after she promised to have sex with him at Christmas but changed her mind and refused after he took Viagra.

Vito Cangini has been accused of killing his wife Natalia Kyrychok, 61, because she refused to have sex with him after he took a Viagra pill while at home in Fanano di Gradara, eastern Italy, on December 25.

Ms Kyrychok’s refusal prompted a furious row, during which Mr Cangini, who was almost 20 years older than his wife, accused her of being attracted to her boss. 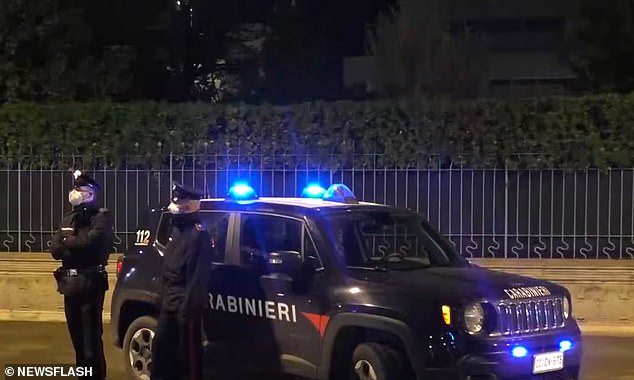 Italian police outside the eastern Italian home of Vito Cangini, 80, who allegedly stabbed his wife to death after she refused to sleep with him

Natalia Kyrychok, 61, was 19 years younger than Mr Cangini and changed her mind about wanting to have sex with him on the night of December 25 after he took Viagra. Pictured: The house of Mr Cangini

Mr Cangini allegedly stabbed her to death, left his wife’s bloodied body on the floor and went to bed.

The following morning, he reportedly ate breakfast, walked his dog and came home as if nothing had happened.

He allegedly took his dog for another walk in the afternoon before he phoned the restaurant where his wife had worked as a chef for two years and told the owner he would never see her again. 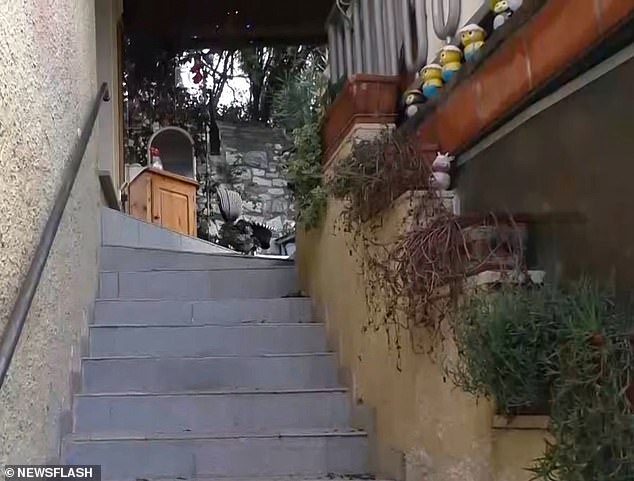 The 80-year-old allegedly stabbed his wife to death, went to sleep, and took his dog for two walks the next day before he called his wife’s boss and said he would never see Ms Kyrychok again. Pictured: The stairs leading up to Mr Cangini’s house in The Manche area of Italy

‘I know there was something going on between you two,’ Cangini reportedly told the owner.

The restaurant owner called the police, who visited the suspect’s home.

Officers found Ms Kyrychok’s body with at least four stab wounds including one to the heart.

Mr Cangini was taken into custody and the suspected murder weapon was found at the crime scene.

The investigation is ongoing.