Washington: The White House on Monday accused Texas Governor Greg Abbott of endangering lives after busloads of migrants from the southwest border in Texas were dropped near Vice President Kamala Harris’ home in Washington, D.C., on a cold Christmas Eve.

The Republican Abbott, a vocal critic of Biden administration immigration policies, has not acknowledged the Christmas Eve drop and his office has not claimed responsibility. President Joe Biden is a Democrat. 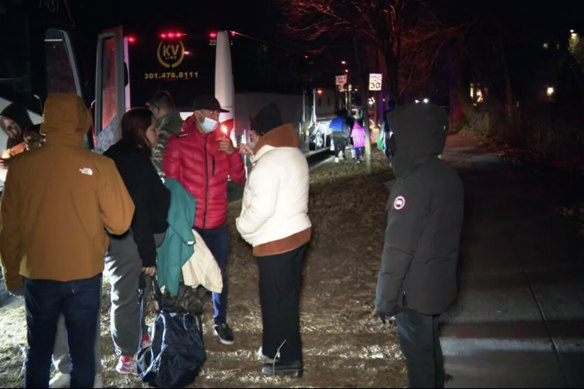 Migrant families as they get on to a bus to transport them from near the vice president’s residence to an area church after they arrived in Washington, DC.Credit:AP

An estimated 110 to 130 migrants seeking asylum in the United States, many of them families with children, were placed on buses by Texas officials, immigrant aid groups said on Sunday after the migrants arrived in the US capital.

“Governor Abbott abandoned children on the side of the road in below freezing temperatures on Christmas Eve without coordinating with any Federal or local authorities,” White House spokesman Abdullah Hasan said in a statement. 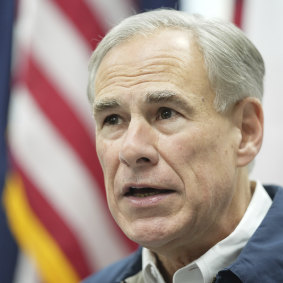 “The political games accomplish nothing and only put lives in danger,” Hasan added.

Texas has bused thousands of migrants to Washington, New York City and Chicago, in what some critics have labelled a stunt amid a national debate over the high levels of immigrant arrivals along the US southern border.

Abbott has said previously his state was purposefully busing migrants to sanctuary cities, where law enforcement is discouraged from deporting immigrants.

Hasan said the Biden administration was willing to work with Democrats and Republicans on solutions to the migrant issue.

Amy Fischer, an organiser with the Migrant Solidarity Mutual Aid Network, told NPR the migrants were immediately transferred onto city-provided buses in Washington and moved to a church that distributed hot food and clothes.

Claudia Tristán, a co-organiser with the same group, told Reuters on Monday that nearly all the migrants dropped near the vice president’s home were already on their way to relatives and friends in the United States. 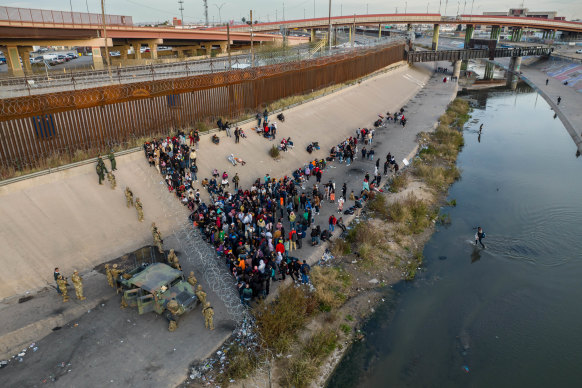 In a letter to Biden on December 20, Abbott said the state was overburdened with thousands of men, women and children crossing into Texas everyday who risk freezing to death on city streets.

Hidalgo County, Texas, Judge Richard Cortez on Monday told CNN that localities in Texas like his were overwhelmed by the number of immigrants and could not accommodate them all.

“Busing immigrants out of this area in a way helps us… but it’s not a solution to the problem,” said Cortez, whose county borders Mexico.