It was November 2014, and then Victorian Police chief commissioner Ken Lay sent out a video message to every officer making his views clear: "There are some men in this organisation whose behaviour towards women is reprehensible. It is based on a sense of entitlement by some men, who think it's OK to sexually harass, intimidate, and degrade women. The behaviour is simply unacceptable and has no relationship to our sworn duty to uphold the right."

He backed up his words by calling in the Victorian Equal Opportunity and Human Rights Commission to investigate. A year later, a damning report found an "entrenched culture of 'everyday sexism' coupled with a high tolerance for sexual harassment". 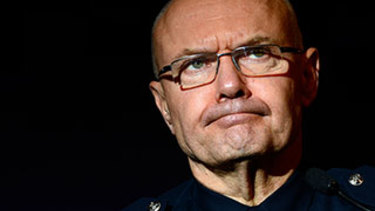 The review led to reforms that continue to this day. A recent report revealed that a scheme set up to support police officers who have been sexually harassed, assaulted or discriminated against at work had been inundated with victims seeking compensation and counselling.

For personal reasons, Mr Lay resigned as police chief commissioner soon after he triggered the review, but the following year he was made chair of Ambulance Victoria. On his appointment, he said it was an organisation that needed to move with the times: "We need to continue to modernise, we need to continue to get better and reshape the organisation."

This week, The Age reported claims that within Ambulance Victoria there exists a culture of widespread discrimination, sexual harassment and bullying of female paramedics. Rasa Piggott, an advanced life-support paramedic, wrote an open letter to Mr Lay laying out her concerns.

One paramedic said she had witnessed a female colleague being sexually harassed by a male colleague while the woman was giving cardiac compression to a dying patient. Several others reported an incident in which a young first responder travelling with a manager in a remote region was told he could "tie you to a tree and rape you".

These are not just one-offs. A large number of women and men have come forward to The Age saying that these types of incidents are widespread in the state's 4000-strong ambulance service. And let's be clear: these are not incidents from "the bad old days"; this culture is alleged to be rife today.

While this is welcome news, considering Mr Lay's experience at Victoria Police, how could such an alleged toxic culture exist at Ambulance Victoria for so long under his watch without stronger action to stamp it out? The same goes for Mr Walker, who was appointed chief executive in 2016. In response to the allegations this week, he said: "I want to be very clear that these behaviours and actions have no place in the Ambulance Victoria I lead. They will simply not be tolerated. Today this stops."

Strong words, and an echo of what Mr Lay said in 2014 when first confronted with similar allegations at Victoria Police. But how can this be a surprise to such experienced managers? Calling for an inquiry is not enough.

Surely the public deserves some explanation as to why such allegations have taken so long to surface and be investigated by an independent body in a transparent way. Anything less was never going to get the job done. It's time Mr Lay and Mr Taylor held themselves to account for not having the proper internal systems in place to quash this abhorrent culture earlier.