This is the adorable moment two giant panda twins are seen playing in the snow in the freezing climes of Inner Mongolia.

In the clip the six-year-old pair turn in to acrobats, doing roly-polys and somersaults off their play equipment with the soft cushioning of the snow to break their fall.

The sisters also push each other over into the snow as they play fight in the sub-zero temperatures which are plunging as low as 12F (-11C) at night in the region.

By contrast, summer temperatures can soar to 100F (38C), with keepers at the  animal park known to freeze fruit in ice to help them cool down. 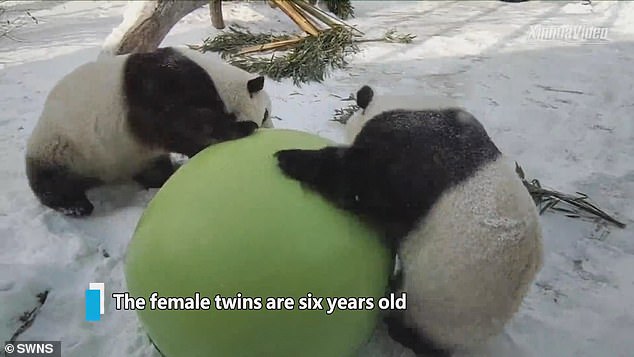 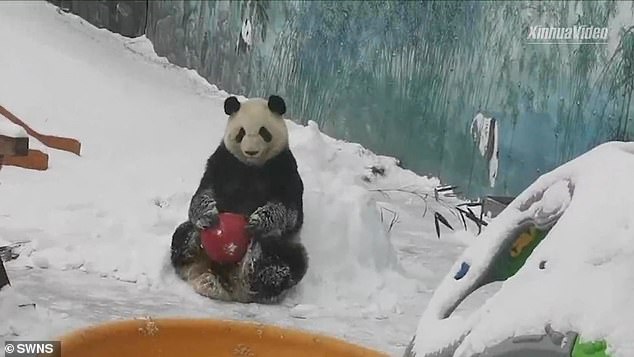 Thankfully the sisters share a 3,200sq m (0.70-acre) covered ‘villa’ at the park, where conditions are controlled to ensure they remain comfortable during the extreme seasons.

Qi Qiao and Qi Xi were born at the Chengdu Research Base of Giant Panda Breeding in southwestern China’s Sichuan province.

In 2016 at the age of two the pandas were transported by plane to Ordos. 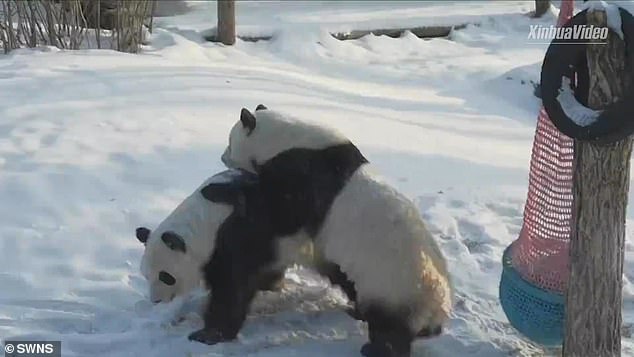 At the park they are cared for by a team of three breeders and two veterinarians.

Their father is a giant panda in Atlanta, US, and their mother, named Qifu, still lives at the Chengdu Research Base.

On average, giant pandas live to the age of 20 so the sisters, six, are still youngsters.