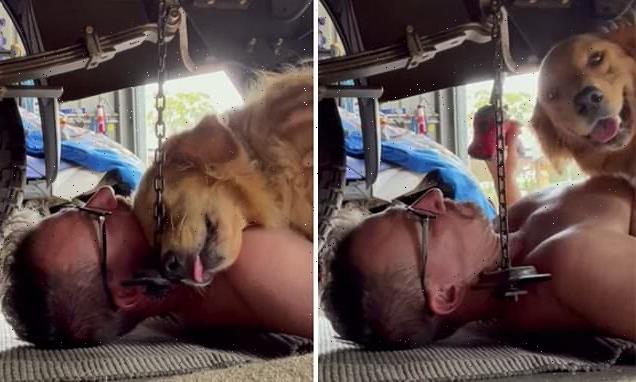 The heart-warming moment a golden retriever interrupts her owner to give him a hug has been caught on camera.

The adorable golden retriever simply wanted some attention from her Australian owner who was busy installing drawers underneath his car.

She is seen affectionately licking the man’s ear as he tinkers with his tools, before collapsing onto his chest and snuggling her head into his neck. 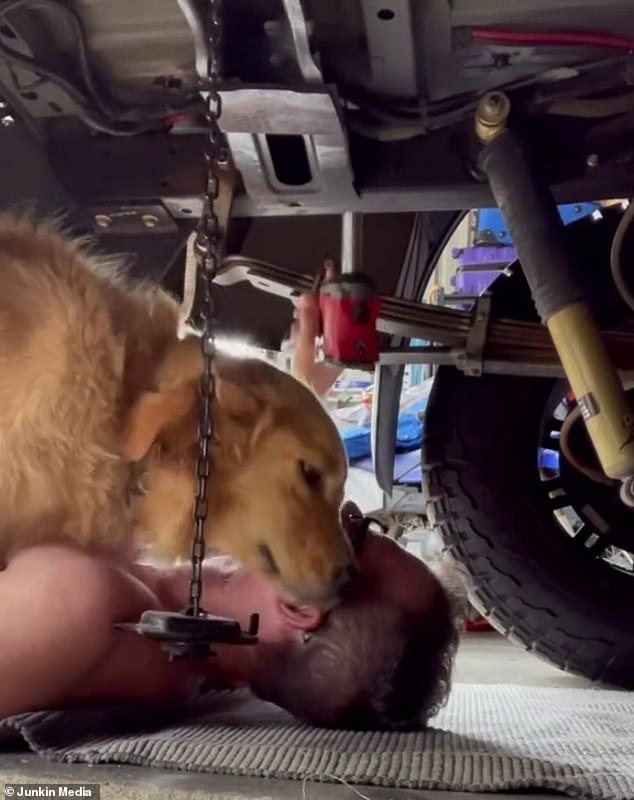 Her owner, who didn’t seem to mind the cute interruption, puts down his tools to return the sweet hug.

The retriever is seen closing her eyes happily as the man gives her a reassuring pat.

Golden retrievers are popular family dogs because of the breeds trainability, sociable nature and love of people.

Last year, the golden retriever was named the fifth most popular dog breed in the country, in a list of the top 20 compiled by Pet Insurance Australia. 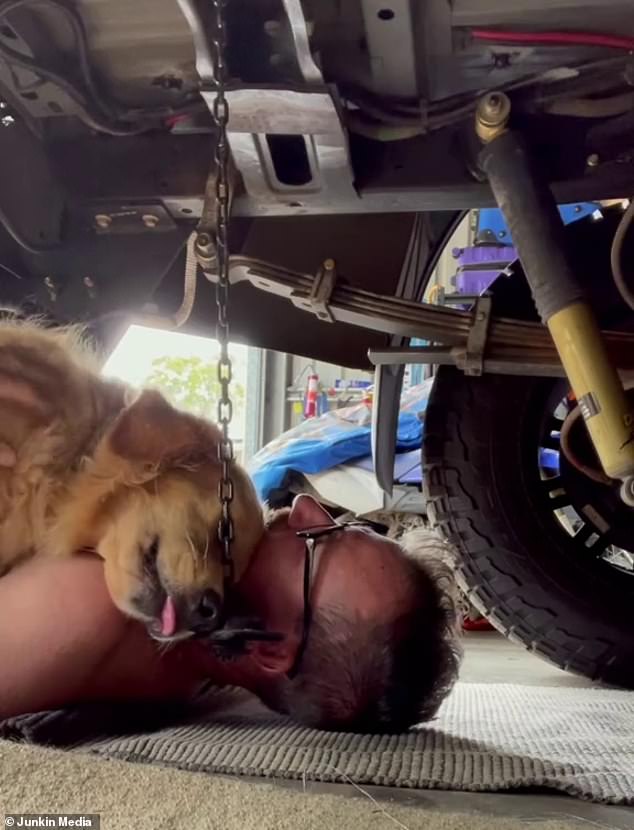