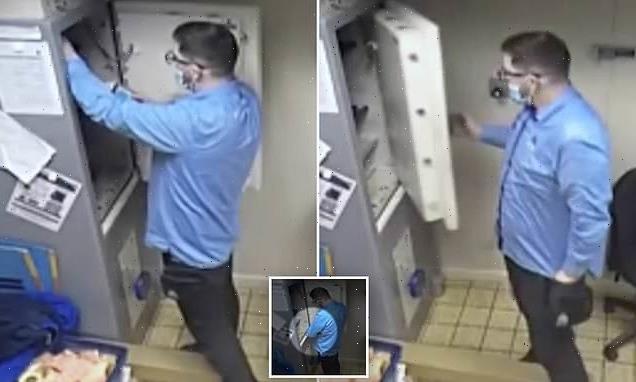 Aldi worker, 34, who stole more than £12,000 in cash down his trousers and blew it on cocaine and prostitutes is spared prison

An Aldi worker who stuffed his pants with over £12,000 of company cash before blowing it on ‘drugs and prostitutes’ has been spared jail.

Steven Pyle, 34, who was reportedly suicidal and had a £150-per-day cocaine habit, had been tasked with putting the supermarket’s takings into a secure safe when he decided to keep some of the profits for himself so that he could ‘go out with a bang’, Newcastle Crown Court heard.

Pyle, a ‘functioning addict’ who the court was told would ‘down 16 pints of lager in one sitting’, was arrested when G4S security attended the store in Stamfordham Road, Newcastle, on May 3 to find some money bags were missing.

A quick glance at the CCTV footage showed Pyle, who had resigned without notice two days earlier, filling his pants with the cash with his back facing the camera.

Prosecutor Jenny Haigh told Newcastle Crown Court: ‘G4S counted the bags and noticed there were 22 but the computer said there should be 25. 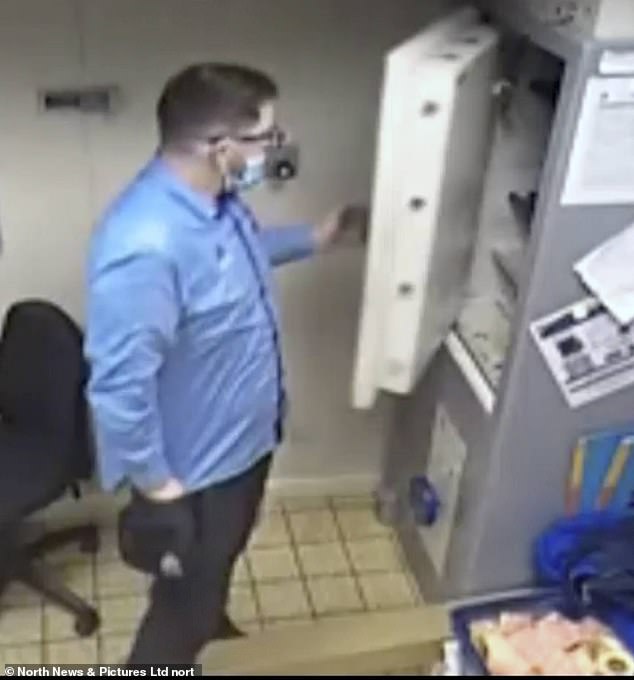 A quick glance at the CCTV footage showed Steven Pyle (pictured),  34, who had resigned without notice two days earlier, filling his pants with the cash with his back facing the camera

‘There was concern three bags were missing.’

Miss Haig said Pyle came under suspicion because of his recent and unexpected resignation.

She added: ‘They looked at the CCTV where Mr Pyle was the person who was dropping the cash bags in.

‘On closely looking, the defendant seemed to mark up the bags as normal but instead of dropping them in the safe as she should, he seems to conceal them in the front of his trousers while his back is turned away from the CCTV camera.’

Tony Cornberg, defending, said Pyle was leading the ‘secret life of a functioning addict’ and had planned to end his life but has since sought help.

The court heard Pyle has never been in trouble before and had references to his ordinarily good character.

Recorder Matthew Happold told Pyle: ‘Instead of putting cash bags into the safe, you put them down your trousers at the Aldi store in Stamfordham Road, Newcastle. 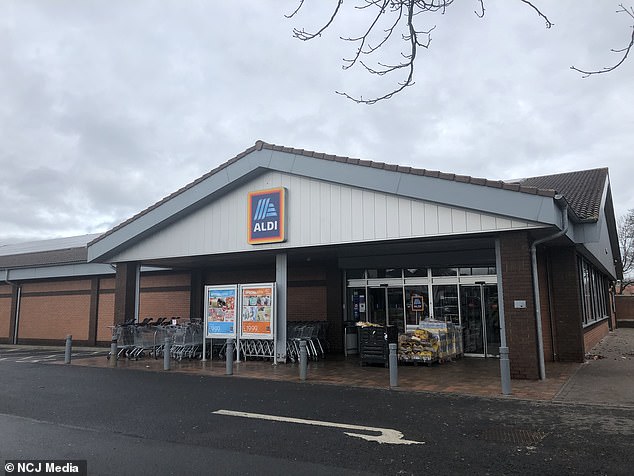 ‘The pre-sentence report says at the time you had decided to take your own life and you wanted to go out with a bang.

‘You took the bags with the intention of replacing it with your gambling winnings.

‘The report says you essentially blew it on drugs and prostitutes.’

The judge said Pyle had come ‘very close’ to going to prison but was capable of rehabilitation.