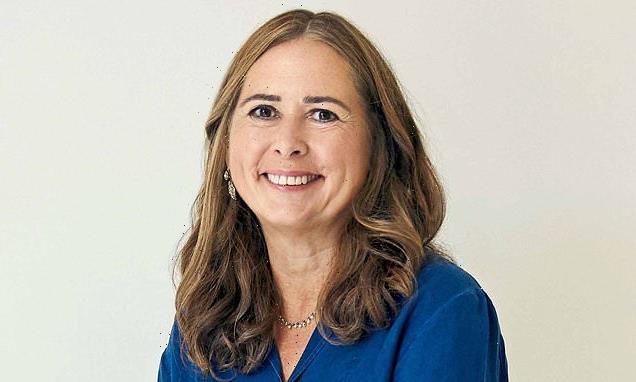 The shortage of HGV drivers may be threatening supply chains but equally pressing, for some of us, is the shortage of beauty therapists – certainly in London.

Back in the 1990s a friend planned to launch a chain of nail bars (at that time virtually non-existent here) like those on every street in his native Manhattan. There the staff were Korean. The prices cheap. The service fast.

He didn’t go ahead but others did and nail bars and speedy beauty salons are now found in every city, often staffed by young women from the EU – many from Romania and Poland. Or they used to be.

Now the perfect storm of Covid, which sent many back to their families, along with the new restrictions on working and living here imposed by Brexit has led to a beauty drain.

And the vacancies don’t appear to be filled by home-grown practitioners queueing up to do other women’s manicures, pedicures and facials for a relatively low wage. 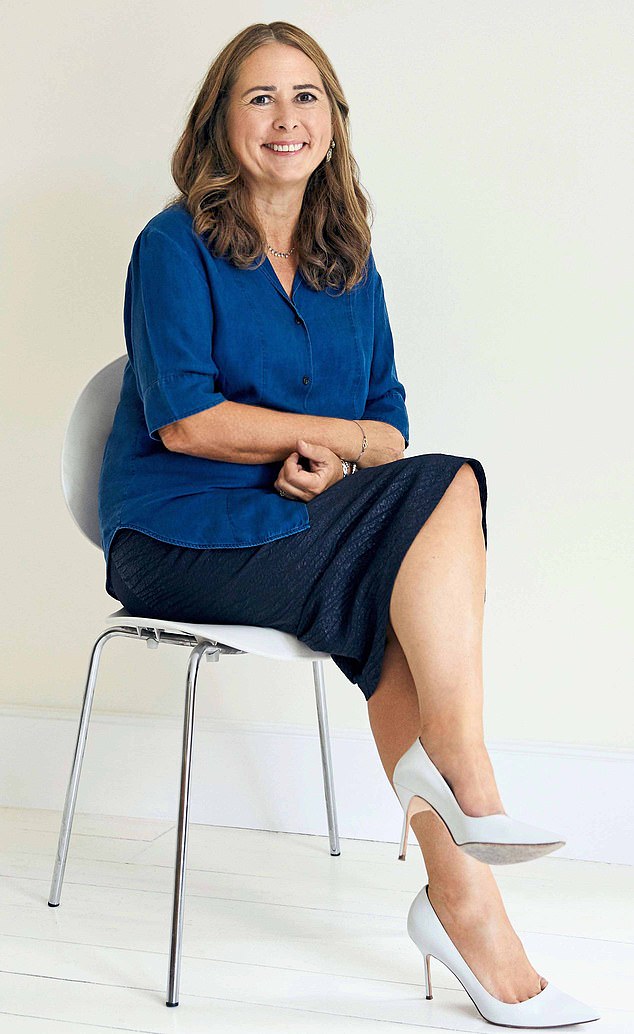 The shortage of HGV drivers may be threatening supply chains but equally pressing, for some of us, is the shortage of beauty therapists – certainly in London

Curiously, though, the same is not true of hairdressing which has seen no similar exodus of colourists and stylists. And which has never been as reliant on staff from the EU or anywhere else in the world. Why?

Well hairdressing is an industry where the dream of your name above the door can materialise far more often than in the beauty salon world – Daniel Hersheson, George Northwood, Josh Wood, Daniel Galvin to name a few success stories. They follow in the footsteps of earlier legendary hairdressers such as Vidal Sassoon and John Frieda, who both started as salon juniors and then went on to make fortunes in hair products. Eagle-eyed readers might notice that all the above are men.

In beauty, star female entrepreneurs such as Charlotte Tilbury and Bobbie Brown never worked in salons, while the famous empresses of the industry like Elizabeth Arden, Helena Rubinstein, and Estee Lauder began their career mixing skin creams rather than painting fingernails.

Rubinstein was an East European migrant to America in the last century, following the journey Lauder’s parents had previously made, when the US was seen as the land of golden opportunity.

Britain today is a very different country for their contemporary beautician counterparts.

France has culture… we have Nadine

French actor Jean-Paul Belmondo, who shot to global fame in Jean-Luc Godard’s 1960 classic Breathless, was awarded the equivalent of a state funeral in Paris after his death aged 88.

His coffin, borne by a military guard of honour in the courtyard of Les Invalides, was solemnly watched by President Macron. Now, that’s the way to regard important cultural figures.

And what do we get? Nadine Dorries as new Minister for Culture – a woman whose lack of cultural appreciation was demonstrated by her decision to appear on I’m A Celebrity… Get Me Out of Here!

It’s very odd that Boris Johnson, whose late mother was a painter, apparently has so little regard for the arts.

But the appointment of Dorries makes it crystal clear that he cares far more about his battle with the BBC.

On the crest of a radio wave with Emma

We were in Croatia during the US Open Women’s final and despite our best efforts to access it on Amazon Prime, we had to resort to listening to Emma Raducanu’s brilliant performance on Radio 5 Live.

Jollied along by a balmy night and delicious wine, the lack of visuals were no huge hardship and the live commentary made the event every bit – or OK, jolly nearly – as exciting as if we’d been able to watch it.

During the Tokyo Olympics I was constantly impressed at the skill of our radio sports presenters who shared every sprint and throw and stroke with us.

How lucky we are to have the BBC. No other radio in the world gives such top-class commentary. Remember that, Nadine Dorries.

Raducanu, 18, has grabbed headlines not only for her tennis skills but the millions she is set to earn from product endorsement with big-hitters Tiffany and Chanel already in the running to nab her.

Less high-profile but equally interesting is the punk poet laureate (as she is so often called) Patti Smith featuring in luxury luggage company Rimowa’s new advertising campaign. It’s not what you’d expect from the somewhat austere singer, but at 74 who could begrudge her cashing in – and Rimowa’s aluminium luggage will be just the ticket on tour.

Far more dubious and nonsensical was the appearance of Democrat congresswoman Alexandria Ocasio-Cortez, also known as AOC, on the red carpet of the £25,000-a-seat Met Gala, dressed in a white gala gownwith Tax The Rich scrawled in blood red on the back – taking virtue-signalling to a preposterous new low. 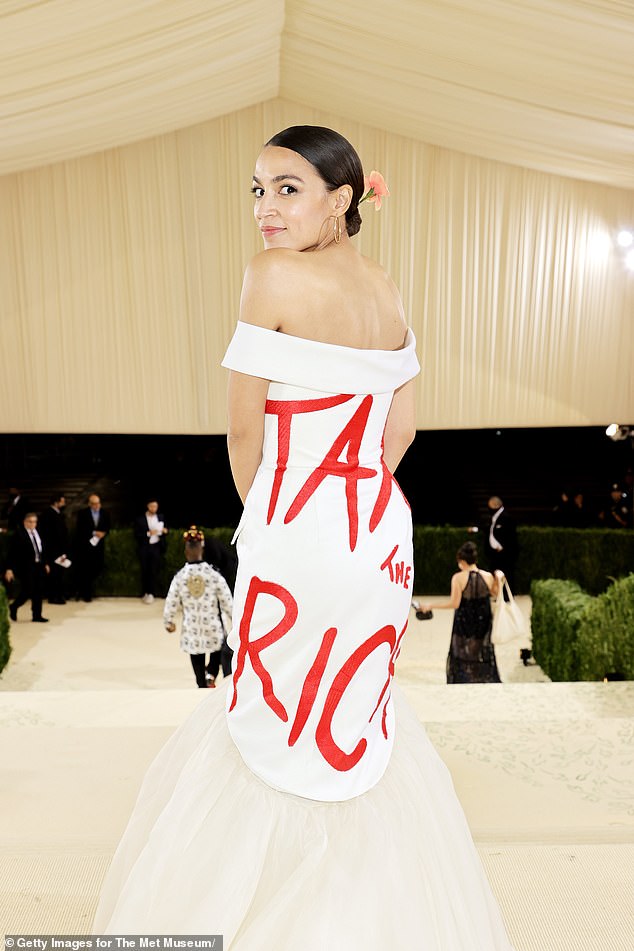 Far more dubious and nonsensical was the appearance of Democrat congresswoman Alexandria Ocasio-Cortez, also known as AOC, on the red carpet of the £25,000-a-seat Met Gala, dressed in a white gala gownwith Tax The Rich scrawled in blood red on the back

BA really is no tonic for travellers like me

Can British Airways’ new CEO Sean Doyle please do something about the meal situation – pronto.

I’m perfectly adept at online shopping but that doesn’t mean I want to have to order my drink and meals on my phone, either in advance nor while in the air.

Travel is stressful enough without having to worry about whether you’re going to be able to get a G&T before the wi-fi goes down.

And – rant nearly over – when I used it, BA didn’t even stock tonic water in their very below par online Speedbird Cafe.

Please can I join your WhatsApp group?

How come I’m the only person I know who is not a member of a WhatsApp group? I’m a fairly sociable type with family, friends and neighbours but one way or another I have failed to be included in any of these group chats.

No doubt if I was, I would be complaining about the continual barrage of bad jokes, indifferent videos and unnecessary information, but as it is, while I listen to the constant pings of other’s phones, I am suffering late-onset Fomo, the fear of missing out.

Does a towel make me evil?

I’m writing this from a Radisson Blu hotel in Edinburgh where like all hotels they urge us not to ask for fresh towels if they aren’t needed.

One of the great treats of hotels is clean piles of fluffy white towels daily. It’s what makes them different from home.

Now if I indulge in that simple pleasure it’s tainted by the guilt that I’m not pulling my weight on the save-the-planet front.