With renewed focus on Prime Minister Scott Morrison’s friendship with QAnon follower Tim Stewart this week, columnist Julie Szego, armed with sarcasm, examined how does one manage such relationships? We all have that one friend or family member, who has a “heart of gold, but also one or two loopy ideas”. 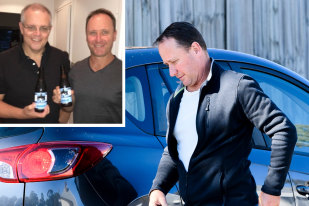 Greatraven: “I have one of those friends. She calls me a sheep because I’m getting vaccinated, as is her husband. She was a conspiracy theorist well before COVID, but I laughed it off then. These days I tell her that I’m not planning to meet her in person until I’m fully vaccinated, only on FaceTime. And change the subject.”

Randroid: “I have a friend who believes Trump won. I have another friend who believes 9/11 was faked. These are smart people in most respects. I can disagree with them without writing them off, and manage the conversation much as I might for a militant vegan, for example, by avoiding subjects that lead to awkward exchanges.”

Pedrolicious: “What if you don’t respect their opinions because they are nonsense? My standard reply these days is ‘you’re not entitled to an opinion that is based on a lie’. That usually ends it.”

Lord: “I like my family members and friends who have different views to others … it makes sure I get out of my social media and social bubble and reminds me that not everyone thinks the same. It doesn’t mean I have to agree with them or change my own opinion. That’s a good thing.”

ttony: “‘Agree to disagree’ – really? Perhaps you haven’t met an even moderately hardcore conspiracy theorist. These people are insufferable, they bang on about their conspiracies ad nauseam. They begin to treat you as though you are the crazy one for not sharing their views. There is no compromise with these people. They quickly become persona non grata at gatherings of family and friends. There IS no ‘chilling’ with them. The only way is to cut them adrift before you start to doubt your own sanity.”

Best way to shut a conspiracy theorist up is to out-conspiracy them. ‘The moon landing was a hoax!’ ‘Oh I see. You’re one of those people who believes the moon is real’

Matthew: “‘CHANGE THE SUBJECT’ Hmmmm … Imagine if we took a trip in a time machine back to the 1930s and strongly challenged Nazi views instead of fiddling nervously and ‘changing the subject’. How very different the 1940s may have been.”

Billy Boy: “The comments below show how desperately someone needs to create a sarcasm font. Even when the wit is sledgehammer, people still miss it!”

benzion: “Yes, Julie’s being sarcastic, and it’s absolutely unbelievable how many seemingly intelligent people didn’t pick up on that. However, IMHO, unless you believe that your friends really are prone to violence, her admittedly sarcastic advice is absolutely the way to go. There is no point in engaging with someone who has made up his or her mind, be they from the Left or from the Right.”

Rob: “Best way to shut a conspiracy theorist up is to out-conspiracy them. ‘The moon landing was a hoax!’ ‘Oh I see … you’re one of those people who believes the moon is real’.”

RMB: “Or you could take the advice of former Rural Fire Commissioner Greg Mullins when he encounters a climate change denier. He simply smiles and politely walks away.”

Diane D: “When I hear ‘wild’ ideas I sometimes ask ‘How do you know?’ But conversely, I’m not closed-minded simply because I don’t know. My view is time will tell.”

Anne: “The frightening thing is the fact that so many commenters here know people who have fallen down the rabbit hole. When the cult becomes so mainstream, what are the rest of us supposed to do?”

Uncommonsense: “How otherwise sensible people become radicalised by this nonsense so quickly is a subject worthy of our concern and empathy, not derision. While it is not possible to engage with people who have gone down this rabbit hole, we need to maintain links with them so that when they eventually emerge from their delirium we can support them in their re-engagement with reality. We can’t simply write people off, can we?”

Tim Richardson: “I thought we were the nation of blunt talk. ‘Mate, you’re away with the fairies on this one, let’s talk about something else.’ Unfortunately, I restrict my Facebook engagements to real friends and don’t have anyone to experiment on.”

Amoured-Bear: “Awesome article – had me in fits of laughter – and I sent it to my son (who does spend too much time on the Internet, sometimes down the rabbit hole). Well written, well done.”

Captainco: “Spot on and funny.”

missbhaven: “All very amusing until it’s not.”

In recent years the unveiling of the Queen’s Birthday honours list has rarely been without controversy. This week the decision to award former prime ministerial chief of staff Peta Credlin with an Officer of the Order of Australia was met with shock, anger and derision from many readers. However several saw merit in the choice. 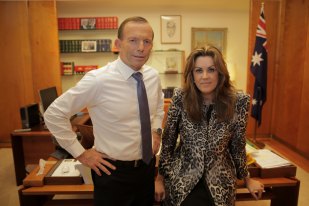 Beachcomber: “Awards should recognise ordinary Australians for their contributions to society, often voluntary and unheralded. They should not be given to political hacks for doing the job for which they are very generously paid, usually in a divisive and partisan manner.”

Mais51: “Last year Margaret Court. This year Peta Credlin. Pauline Hanson is on track to receive one next year.”

Sonia Henderson: “If it wasn’t for Peta Credlin, Tony Abbott might not have lost the prime ministership in 2015 and then his seat in 2019. She deserves to be recognised for those achievements.”

inge: “FOI on the application. Which criteria did she meet?”

Nez: “She was awarded it for ‘distinguished service to Parliament and politics, to policy development, and to the executive function of government’. Didn’t she get well paid for that already? Doesn’t sound like she did anything special.”

Lorenzo the Mag: “At least the citation was not for services to democracy.”

Magpie 35: “It was great to see Neale Daniher acknowledged for his campaign against MND and Fiona McCormack for her outstanding work for victims of domestic violence. As for Credlin, the less said the better.”

JacA: “That’s more like it – an AM for Chris Hemsworth.”

Tonto: “Don’t agree with Credlin getting the award but to be fair she was more than Abbott’s right-hand woman. She was the boss.”

Judith: “About time more women were recognised for their work, good for Peta.”

Quokka: “Congratulations to Peta Credlin. Intelligent, sensible and a breath of fresh air – she says it as it is and we are grateful for it. Much deserved.”

par: “Her award is well deserved and it’s disappointing that many are quick to cut her down just because they don’t like the way she goes about her business. I’d prefer to look at the results and her ability to cut through the spin.”

Shawali: “Peta Credlin should not get an AM for doing her job. That’s all it was for and it’s a matter of opinion if she did it well. It wasn’t my opinion. My own AM is completely diminished now and worthless to me. I will not declare it again.”

Puppies! At work? Happy days or a disaster waiting to happen?

Australia has one of the highest rates of pet ownership in the world and the wellbeing benefits of having a pet are well known. But do pets belong in the workplace? Reporter Amelia McGuire looked at how realistic it was to transition offices to “pet-friendly” spaces. Readers debated the benefits and pitfalls of bringing fur babies into the office.

Amanuet: “Oh my no. It’s hard to believe, but there are some people who really don’t like dogs. The idea of a shedding, drooling, pooing, seeing, jumping, crotch-sniffing, barking, whining thing in the office is too much. Even if they’re only doing one thing on that hit list it’s too much. My children bring me great joy, but I don’t bring them into the office. My pet chickens do too, but they’re not going in either. Can’t we just do work at work?” 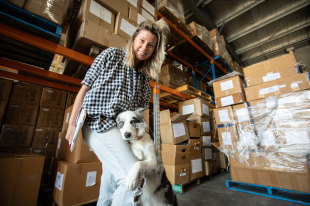 Silvia Hill and her most valuable employee at their warehouse workplace, Luna the Border Collie.Credit:Paul Harris

Graeme: “Being in a work environment is very boring for young kids. Why would dogs enjoy it more?”

Tony’s Fridge: “My wife worked in a school for moderate to severely handicapped kids. The chocolate Labrador that is permanently in the school as a therapy dog for the kids also attends staff meetings. Apparently, she seeks out staff she senses are under stress and sits next to them with her head on their lap.”

Redfox: “Luna looks like a beautiful Border Collie. How could you not love having her around?”

Boggles65: “As a person who has been mauled by dogs on three separate occasions – through no fault of my own – and is consequently and understandably not happy in their company, I would be prevented from travelling to my job if pets were allowed on public transport, and I would have to quit or work from home permanently if my job allowed pets in the workplace. And then, let’s consider all those who have allergies.”

AllyMac: “I love dogs but I’m highly allergic to most of them. I couldn’t work in an environment where pet hair was everywhere.”

Miss Moneypenny: “Dog smell in the workplace – lovely. It would bring a whole new dimension to office politics as well.”

oskarmanning: “My dog comes to work with me most days. If it’s particularly cold or raining she generally opts to work from home. I call her my showroom manager. She meets and greets any clients and plays favourites with the couriers. She has worked out who best to scrounge snacks off at morning tea and lunch. I can’t quantify the actual positive effects of having her in the factory but she makes people smile, which is generally more than they do when they see me.”

LK66: “Australia is such a nanny state. Can’t do this, don’t go there, and definitely leave your pet at home. When I was living in Europe people took pets everywhere. To cafes, restaurants, workplaces. Because the animals were socialised they knew how to behave and bothered no one. We have much to learn about coexistence in this country. Our amount of space has killed any perspective on community or tolerance for difference – to our detriment.”

Julie Siedses: “I know it is unacceptable in Australia to say that you are not a dog-lover, it is seen as a personality flaw, but I just do not want to have my legs covered with slobber. I like some dogs, but I may not like yours, and I feel that imposing a pet on a workplace could do the opposite of creating a calmer workplace, for me.”

spiz: “It wouldn’t work for my cat. He wants to join all my team meetings and insists on sticking his nose into business obviously not his own. If he came to work, he’d be annoyed with all the dogs and start picking fights, he’d get hauled into HR and told he’s not a team player. Knowing him, that won’t be the end of it, he’d be onto the Discrimination Commissioner straight away. Watch the legal cases mount. You think scratching at the door and meowing is a pain!”

dina: “Our dog has always gone to the office. The staff love him and are missing his company during COVID as I have had to work from home. He brings calm and fun to those who interact with him. He knows his place under my desk and comes out for treats and a lunchtime walk. Sometimes focusing on something other than yourself is a great stress reliever.”

Online readers of The Sydney Morning Herald and The Age made 45,959 comments on 589 stories in the past week.

Most-read by subscribers in the past week