Leadsom’s revenge: Leader of the Commons knifes Theresa May and plots to replace her in No10 three years after she was trounced by her in their battle to be PM 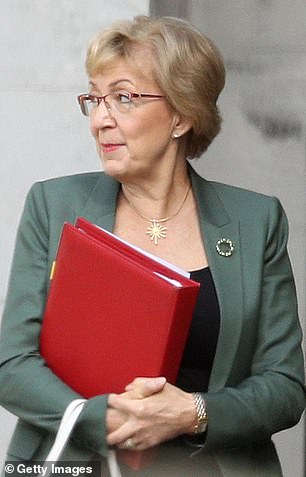 The Leader of the House of Commons resigned in protest after the Prime Minister committed to giving MPs a vote on a possible second Brexit referendum.

In her resignation letter, Mrs Leadsom wrote: ‘I no longer believe that our approach will deliver on the referendum result.’

Allies last night said she had warned Mrs May at a Cabinet meeting on Tuesday that she could not accept her latest Brexit offer.

After the PM went ahead regardless, the Commons leader yesterday telephoned Mrs May to tell her she was quitting before posting her resignation letter on social media.

She is the 36th ministerial resignation since Mrs May became Prime Minister almost three years ago.

Mrs Leadsom ran for the party leadership in 2016 but pulled out of the race, handing Mrs May the keys to Downing Street.

A fortnight ago she announced she was ‘seriously considering’ standing again. In her letter, Mrs Leadsom signalled that she believed it was now time for the PM to go.

She wrote: ‘No one has wanted you to succeed more than I have, but I do now urge you to make the right decisions in the interests of the country, this Government and our party.’

Some Tory MPs last night claimed her decision to quit could boost her standing with Brexiteers in the party. But others criticised her timing just hours before voters go to the polls in the European elections. 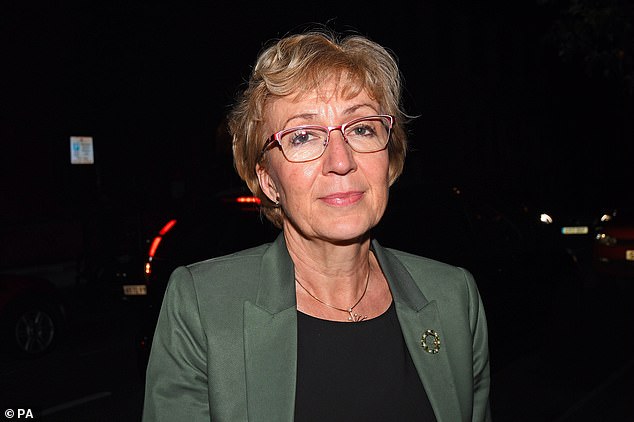 In her resignation letter to the Prime Minister, Mrs Leadsom wrote that she had decided to leave Government with ‘great regret and with a heavy heart’.

She described how she had wanted to ‘shape and fight for Brexit’ despite some ‘uncomfortable compromises along the way’.

But Mrs Leadsom said she could no longer remain as she did not agree with the latest withdrawal agreement, which included staying in a customs union.

She wrote: ‘I have always maintained that a second referendum would be dangerously divisive, and I do not support the Government willingly facilitating such a concession.’

Mrs Leadsom also took a swipe at Cabinet colleagues Amber Rudd, David Gauke and Greg Clark, who were allowed to keep their jobs despite threatening to defy Mrs May to block a No Deal exit earlier this year.

She called it a ‘complete breakdown of collective responsibility’. Defending the timing of her decision to quit, she said she could not fulfil her duty as Leader of the House today in announcing a bill she opposed. 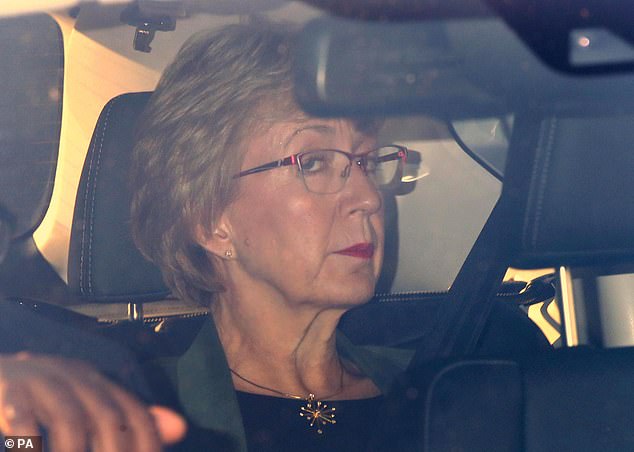 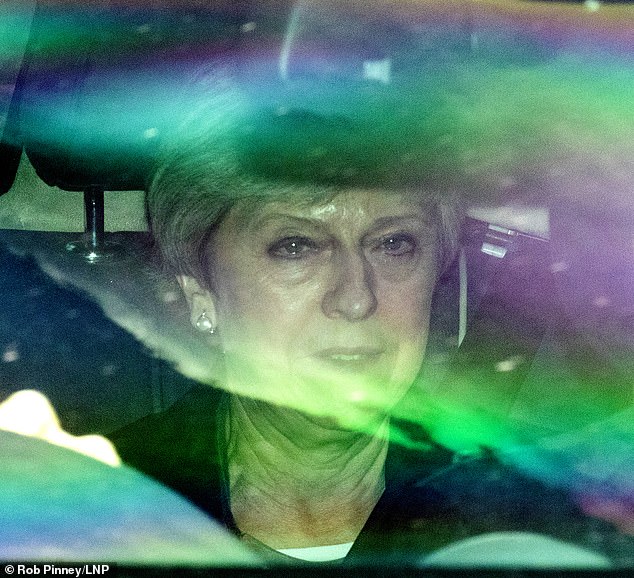 Downing Street last night responded to Mrs Leadsom’s resignation with a notably warm statement, thought to be in recognition of her willingness to try to publicly sell the Brexit deal in recent months. A No.10 spokesman said she had ‘served with distinction and great ability’.

Mrs Leadsom, who was a junior minister under David Cameron, rose to prominence in the 2016 Brexit referendum campaign, representing the Leave side in the final television debate.

Tory MPs picked her and Mrs May as the two candidates to go on the ballot paper for members to replace Mr Cameron as leader.

But Mrs Leadsom withdrew from the race after she was shaken by the scale of the response to a newspaper interview in which she suggested being a mother meant she had a larger stake in society than Mrs May. 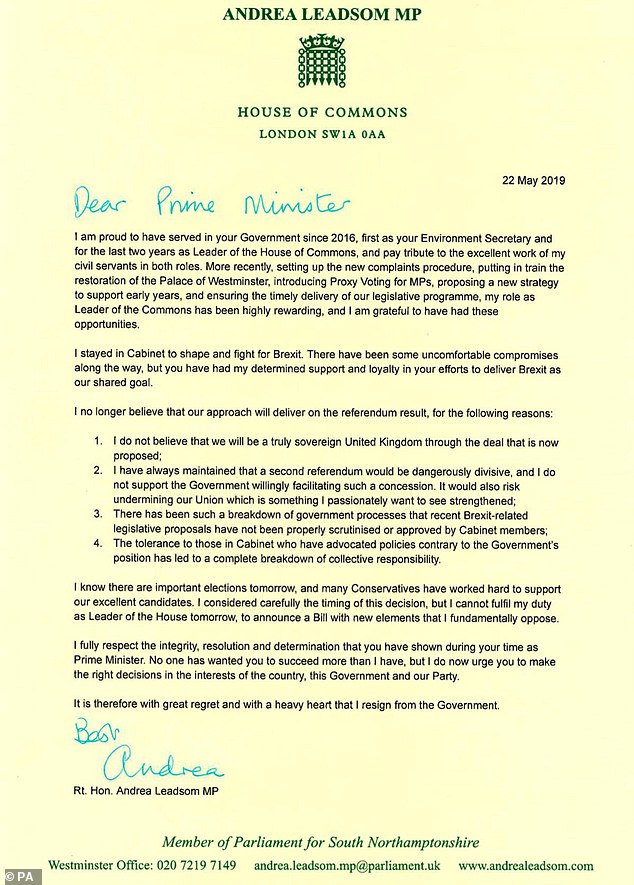 The new Prime Minister appointed her to the Cabinet initially as Environment Secretary. She became Leader of the Commons in June 2017.

Mrs Leadsom has become known for her willingness to take on Commons Speaker John Bercow and has driven forward attempts to modernise Parliament.

He tweeted: ‘Over to you guys who want to succeed the PM… who is next? Why wait?’

Fellow Tory Steve Double added: ‘Now is the time for courageous people to stand up and be counted.’

Labour’s deputy leader Tom Watson said the decision to step down on the eve of the European elections was a ‘slap in the face’ for her Tory colleagues.