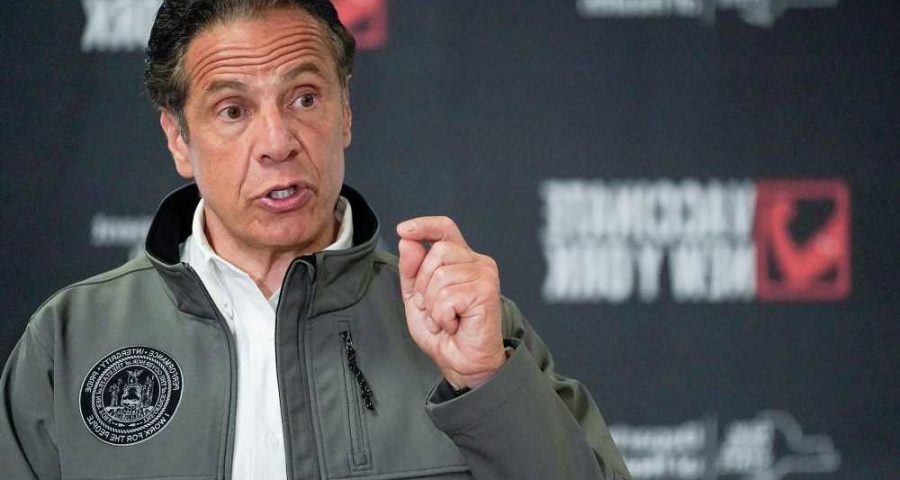 Gov. Andrew Cuomo is reversing the old adage of being seen but not heard: He’s hiding out, but unfortunately, still making himself heard.

He’s avoiding answering questions about his nursing home and sexual assault scandals by cherry-picking who gets to ask him any in the first place.

On Friday, during a virtual news conference in Buffalo, Cuomo called on only five, hand-picked reporters … who then lobbed softball questions rather than asking any of the obvious and damning ones.

In fact, the gov hasn’t answered a single in-person question since December, the Albany Times-Union reported, noting that “reporters have been frustrated by this, with many choosing to highlight each day that journalists are barred from Cuomo’s public events, which often take on the tone of political rallies.”

Instead, he’s relying on his Emmy-winning credentials of “effective use of television during the pandemic” by only answering questions via Zoom or conference calls, so his staff can run interference for him.

And he hasn’t taken a single question from The Post since we exclusively revealed in February that his top aide, Melissa DeRosa, had privately admitted to state Democrats that Team Cuomo withheld the total nursing home death toll from COVID-19 from them for months. (She also lied about the reason, falsely claimed the reason was fear of a pending federal probe that didn’t become a factor until months after the coverup began.)

Meanwhile, the gov tries to get good publicity by slightly easing his unscientific restrictions on New Yorkers’ lives. On Wednesday, he oh-so-magnanimously said bars and restaurants could start staying open until midnight. He’s also letting horse and auto racetracks be open to fans at 20 percent capacity, so long as every fan masks up and provides a negative COVID test or proof of vaccination.

Dictator and hermit: What a ruinous combination.