Actor Angelina Jolie arrived in Lviv, Ukraine to meet with children affected by the war.

Jolie met with orphaned and displaced children, including several who evacuated from Mariupol as Russia continued its attack. She also spent time with the doctors and volunteers caring for the children.

"The purpose of Angelina’s visit is to bear witness to the human impact of the conflict, and to support the civilian population," her spokesman said Saturday. 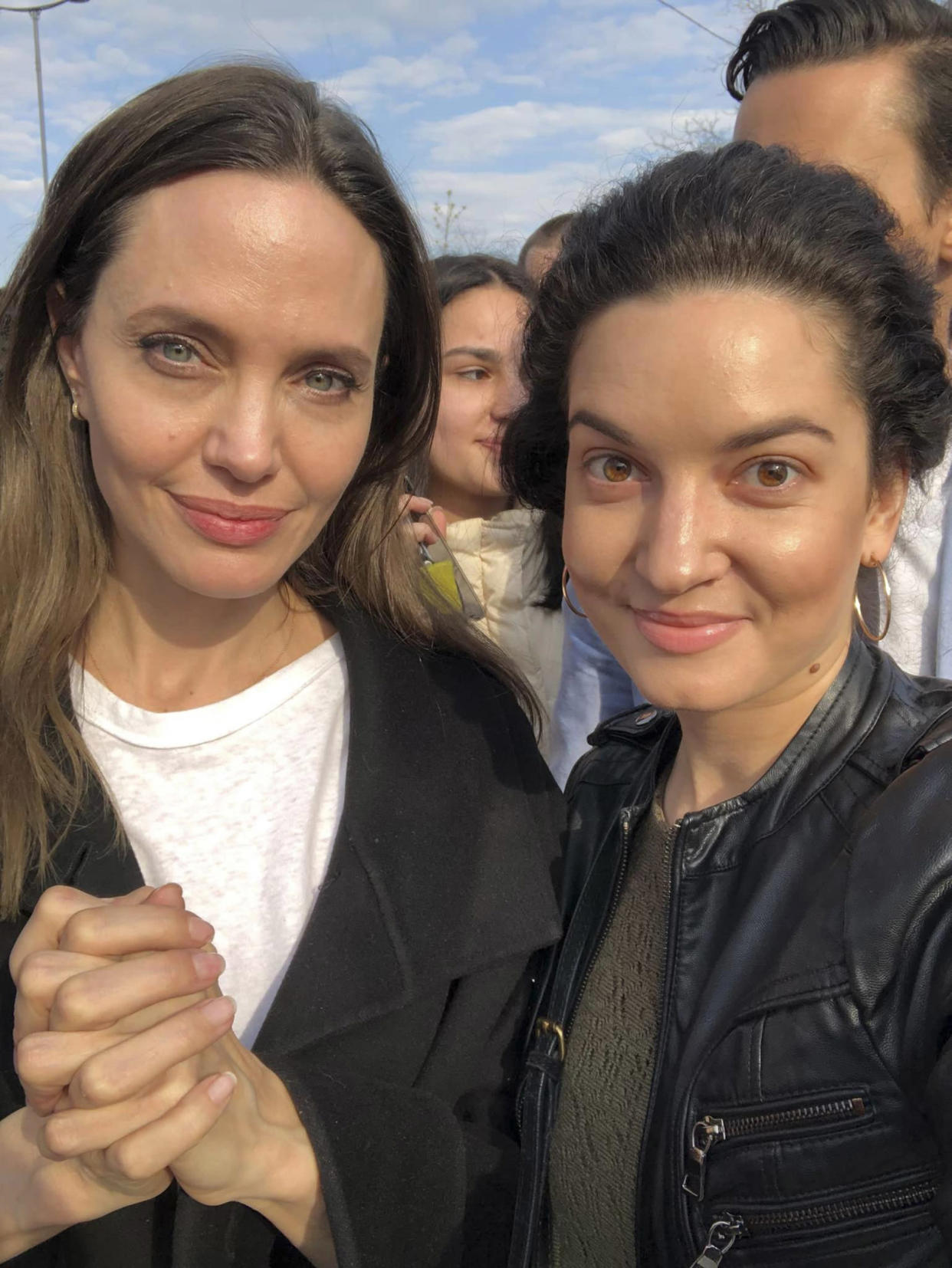 The actress praised Ukrainians for their "resilience and courage and dignity."

"The impact the war is having on a generation of Ukrainian children is devastating to see," she said in a statement. "No child anywhere should have to flee their homes, or witness the murder of their loved ones, or experience shelling and the destruction of their homes. Yet that is the reality of so many children in Ukraine and around the world."

Jolie visited children in the hospital who were wounded by blast injuries from the war, as well as a center for children and young people with disabilities.

“Angelina remains undeterred from being with the Ukrainian people"," her spokesperson said. "She is calling for the urgent opening up of humanitarian corridors to enable [the] evacuation of civilians, the delivery of humanitarian relief to all those in need — particularly children — and an end to attacks on civilians, in accordance with the laws of war.”