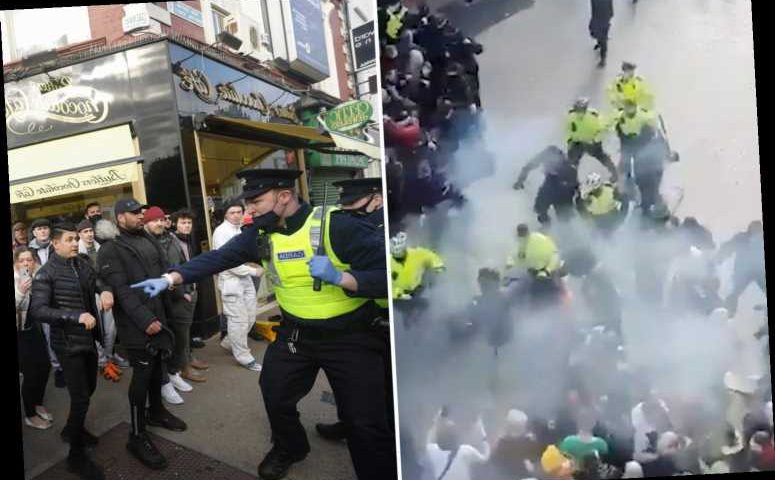 ANTI-lockdown protesters have pelted cops with fireworks as hundreds clash with police in Dublin.

Protesters clashed with Irish police as they marched through the city centre and attempted to make their way to St Stephen's Green park. 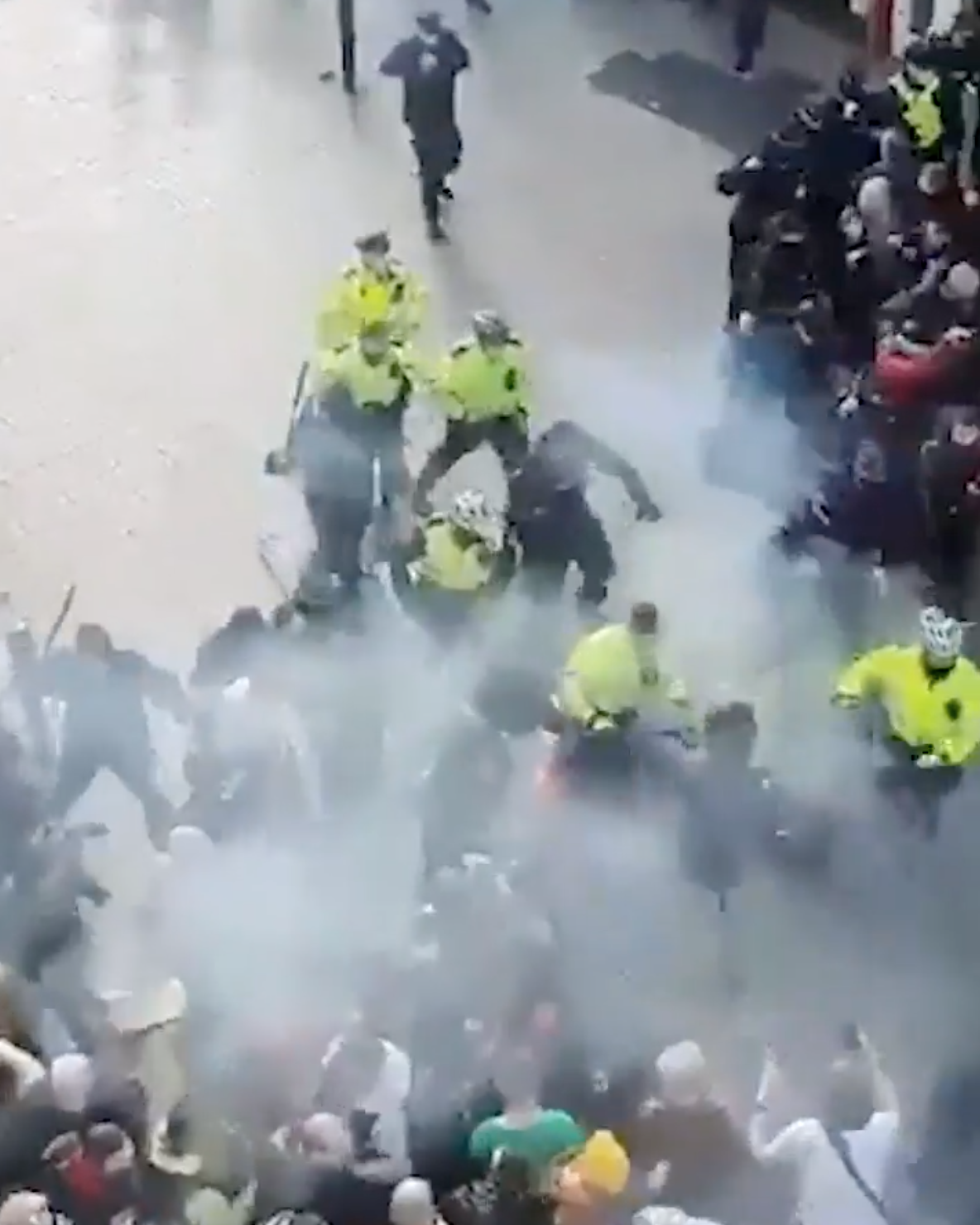 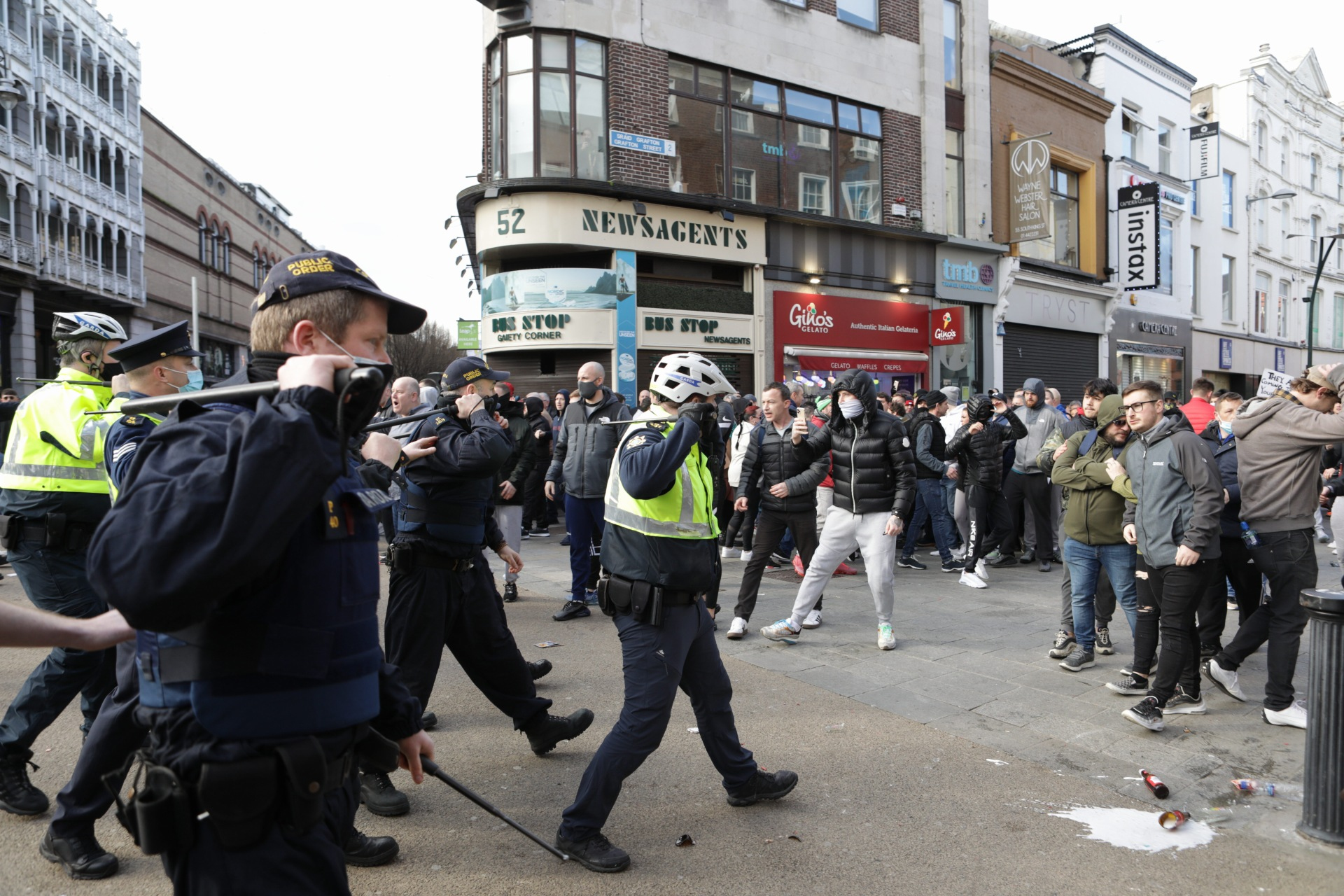 There was a heavy garda presence around the city centre ahead of the protest, which started at around 2pm.

Hundreds of people who were not wearing face masks took part in the demonstration.

Gardai used batons to push protesters away from the park.

Videos of the protest shows a demonstrator point a firework at gardai before it went off, while other missiles and items were thrown at gardai.

Protesters were prevented from gathering in the park after the Office of Public Works closed the gates to the public.

The city's tram operator said that its services would not be operating at the St Stephen's Green stop because of the protest.

"It's not a 'protest'. It's an attack on our national effort.

"The abuse directed at the Gardai is sickening and shameful. Disgraceful.

"Thoughts with the Gardai and their families."

"From the outset, this protest was ill-advised, fuelled by conspiracy theories and championed by individuals seeking to manipulate the genuine fears of many vulnerable individuals," he said.

"It was disgraceful to see this protest descend into violent scenes with brave members of An Garda Siochana subjected to intolerable physical and verbal abuse.

"Some of the eye witness footage circulating is extremely disturbing and every public representative should condemn these awful scenes.

"The footage appears to show a lit firework being thrown at members of the gardai by one protester, which is truly shameful.

"These brave men and women risk their lives every day in the service of the people of our State and what they were subjected to today is utterly appalling."

A spokesman for An Garda Siochana said: "A number of traffic diversions and other policing measures are currently in place in Dublin this afternoon, Saturday 27th February 2021 in response to a demonstration in the city centre area.

"A policing plan has been implemented and An Garda Siochana will provide a full update when this operation has concluded."

Pure thuggery on the streets of Dublin today.

Meanwhile, the head of the HSE said the "great signs" of the coronavirus vaccine starting to reduce transmission is giving healthcare staff a second wind.

Paul Reid said that while the country is winning in its battle in reducing the spread of the virus, he warned it is "not over yet".

The number of people admitted to hospital with Covid-19 has been reducing in recent weeks but health experts are concerned that infection rates are not dropping at a faster rate.

Ireland is facing its ninth week of Level 5 restrictions.

Mr Reid tweeted on Saturday: "Continued improvement today in those hospitalised, 550, and in ICU, 135, with Covid-19.

"Our healthcare teams are exhausted.

"But getting their vaccination and the great signs of it reducing transmission is giving us all a second wind.

"We are winning, it's just not over yet."

The 73-year-old conspiracy theorist was pictured being removed from the park in handcuffs by Metropolitan police officers.

He was one of dozens of people who gathered in the park to protest the lockdown in the UK.

One of the banners being carried by the group read: "Let London Live".

Corbyn has been arrested at least five times since the start of the pandemic. 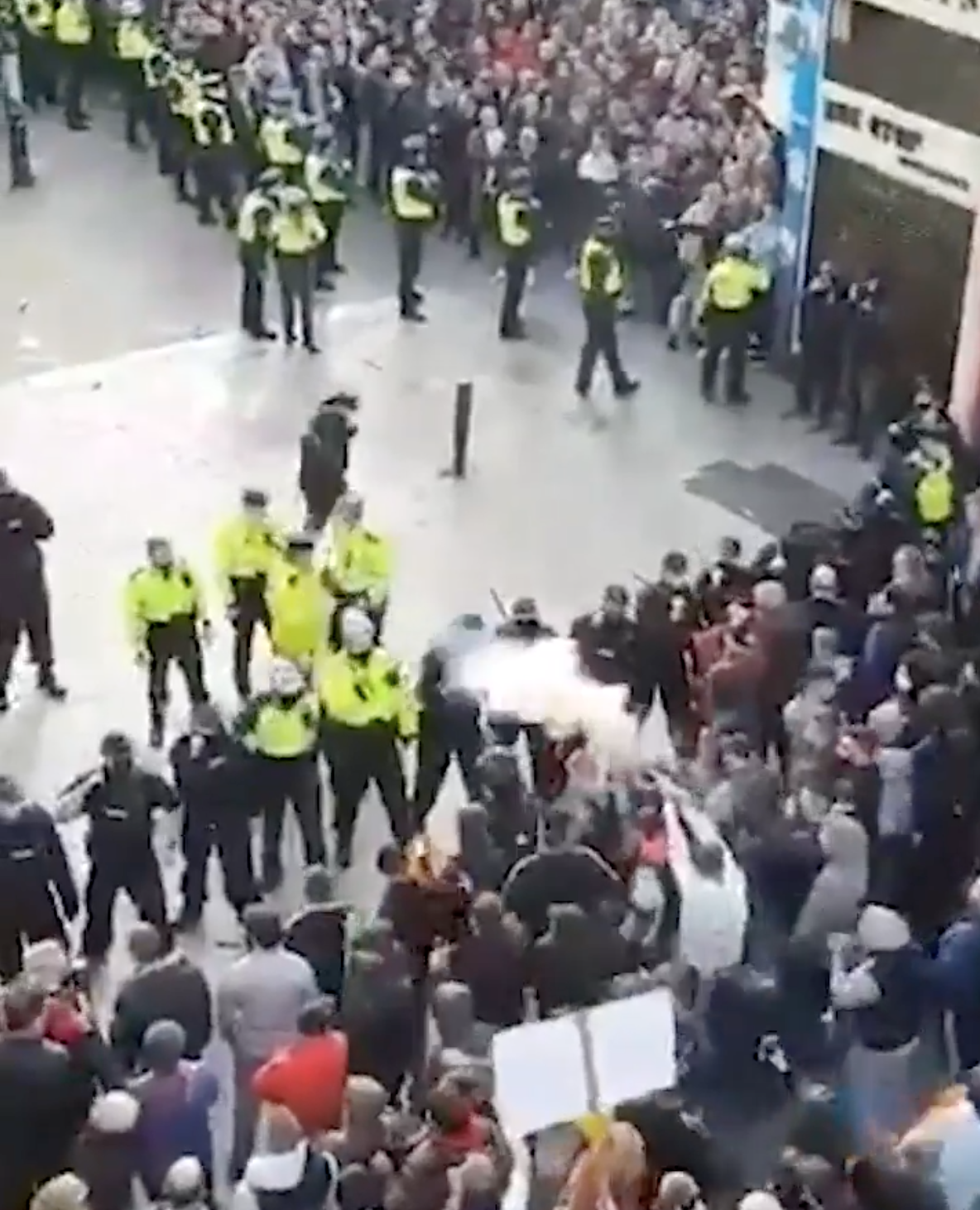 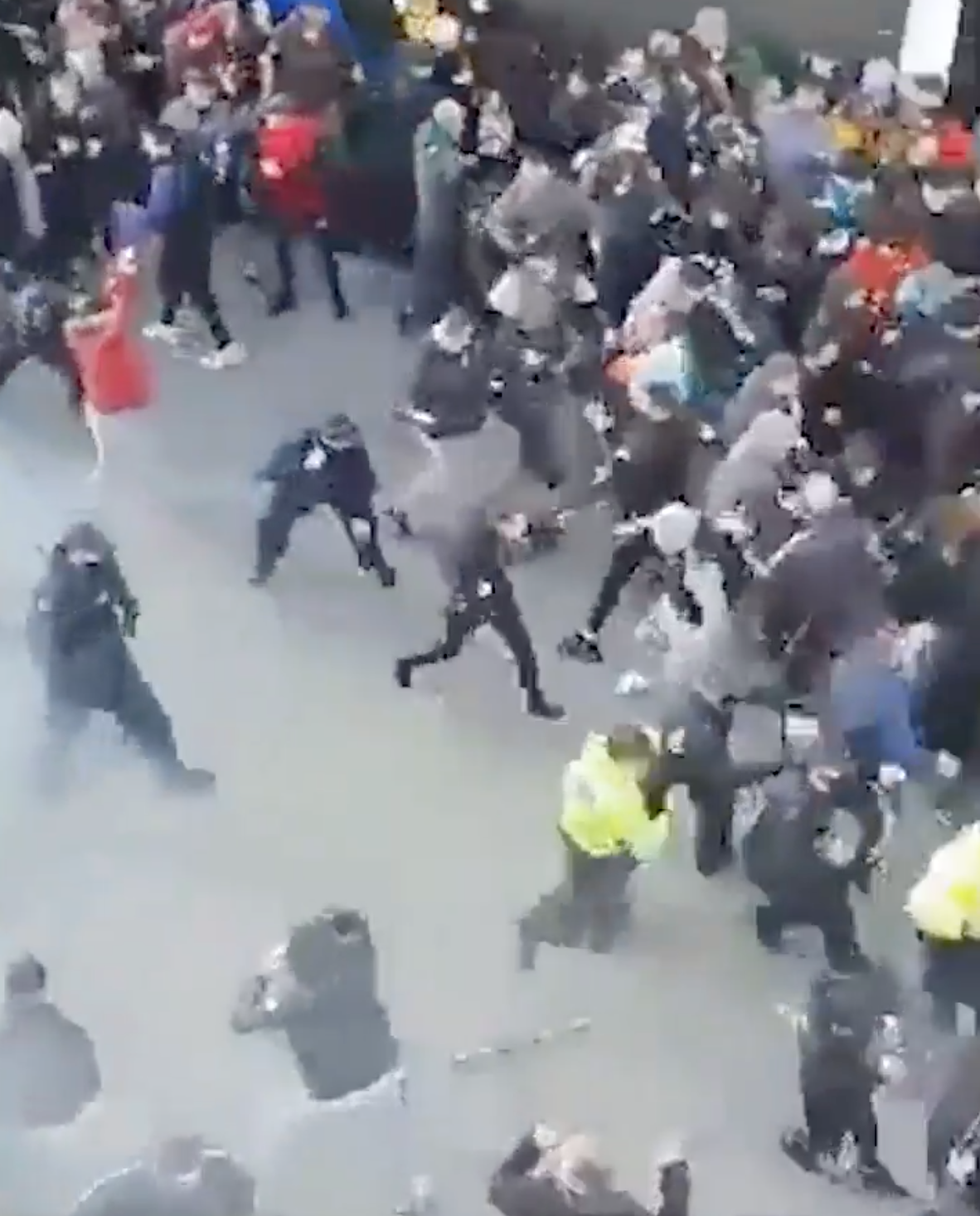 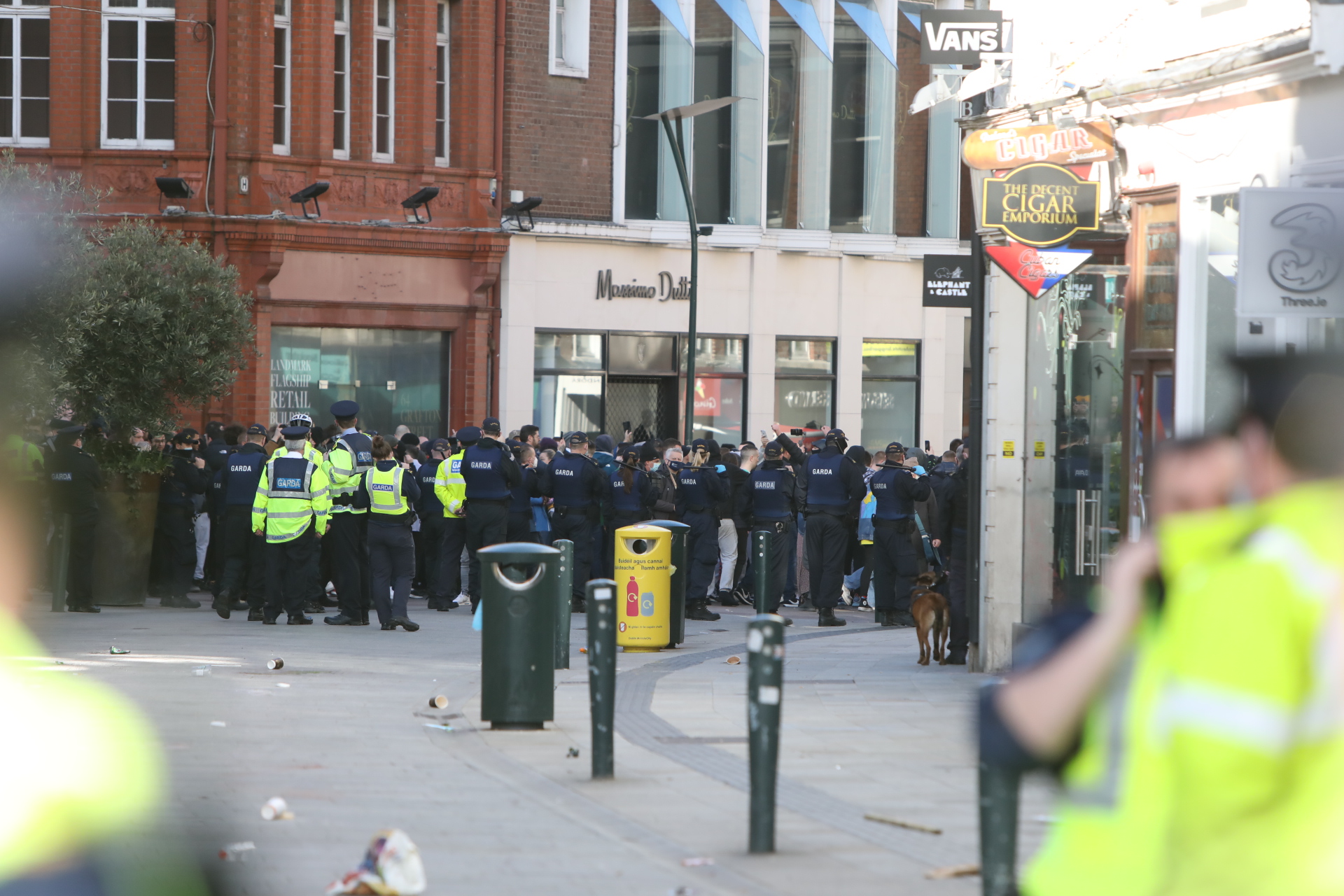 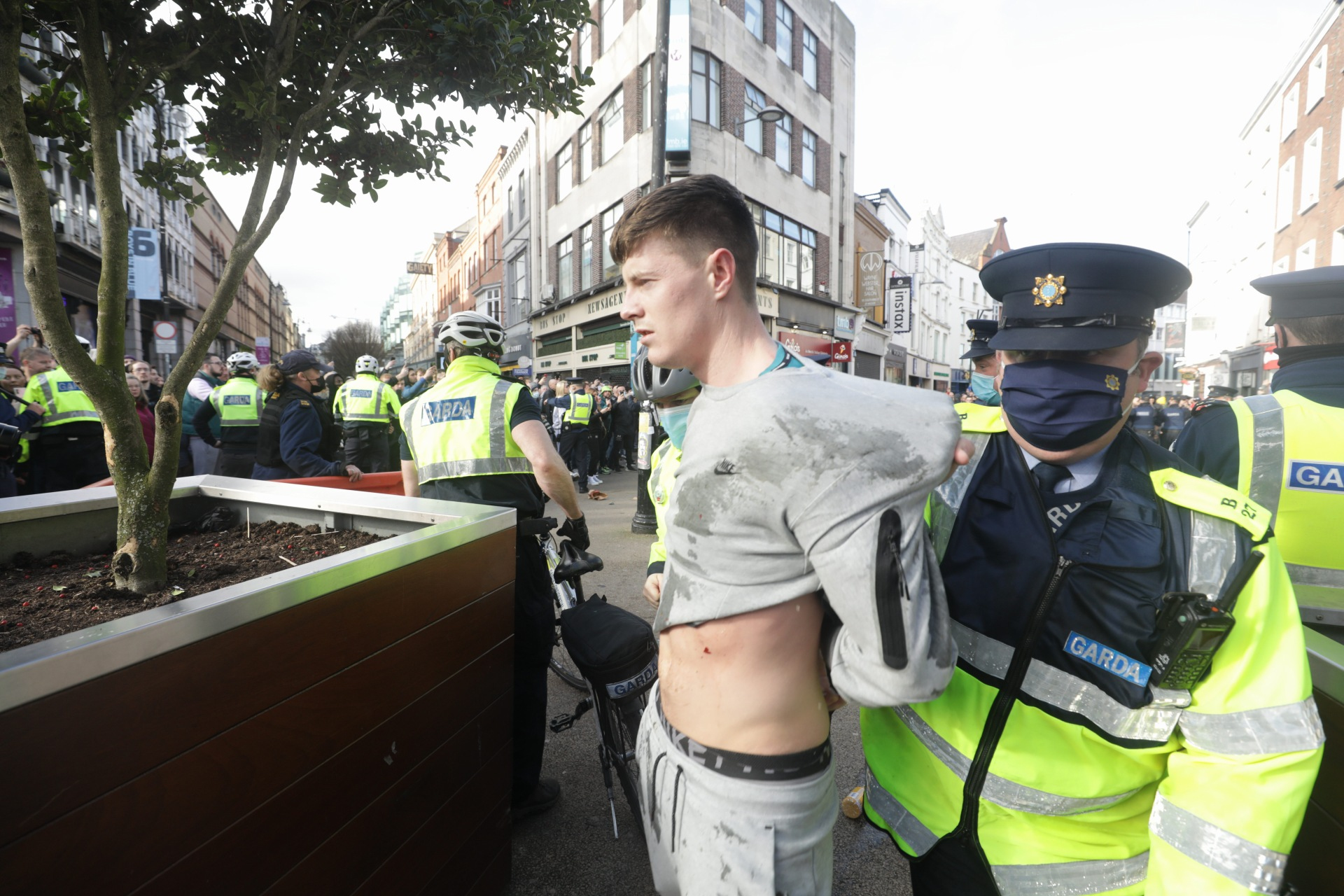 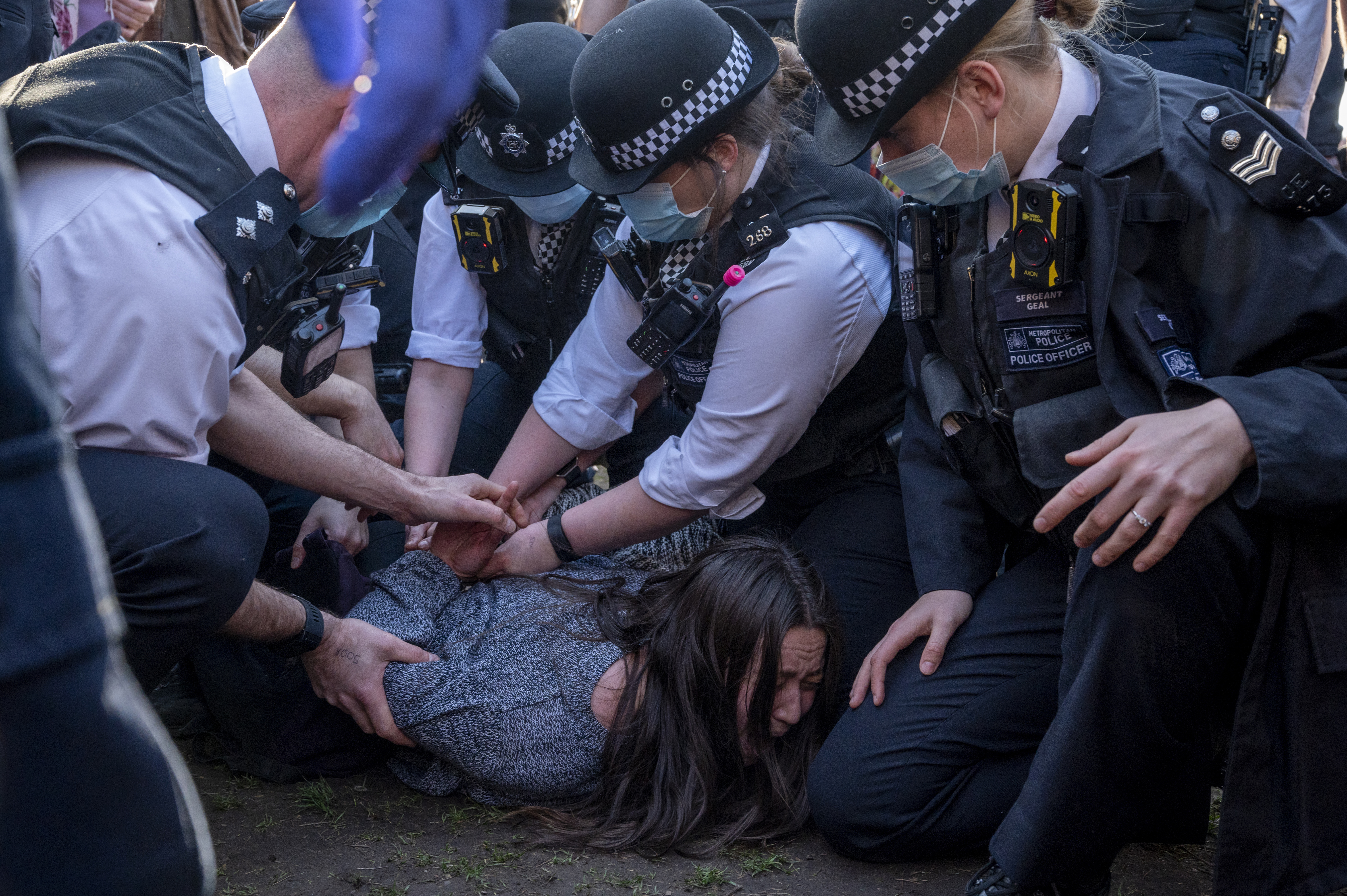 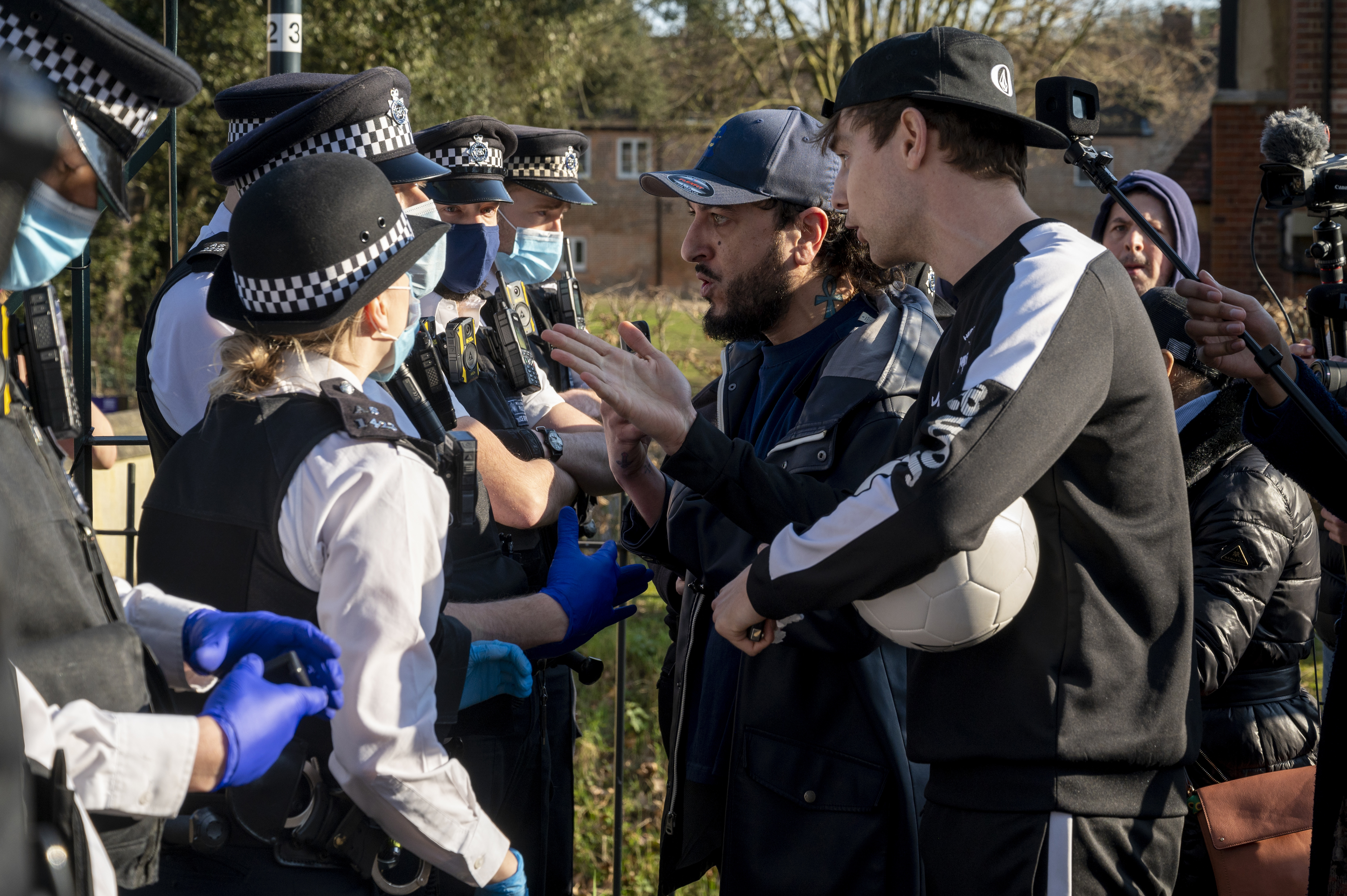