Police issue urgent appeal to find three missing girls, aged 12 and 13, who vanished after school in south London on Friday

Three girls have not been seen since leaving school on Friday afternoon, amid intensified appeals from the police for information.

Jazmin John, 13, Kyiah Conway, 12 and Nylah Collins, 13, have been missing for more than 40 hours since leaving their school in the Camberwell Green area of South London.

Southwark Police has since launched an appeal to help trace the girls and released their photographs. 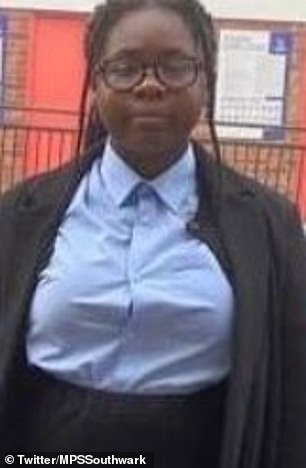 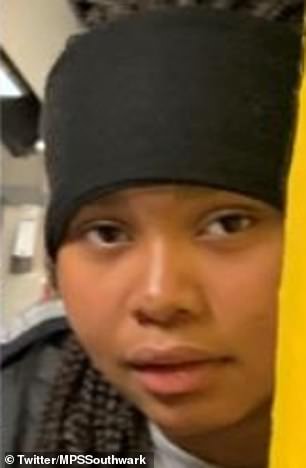 Jazmin John, 13, and Kyiah Conway, 12, have been reported missing since Friday afternoon 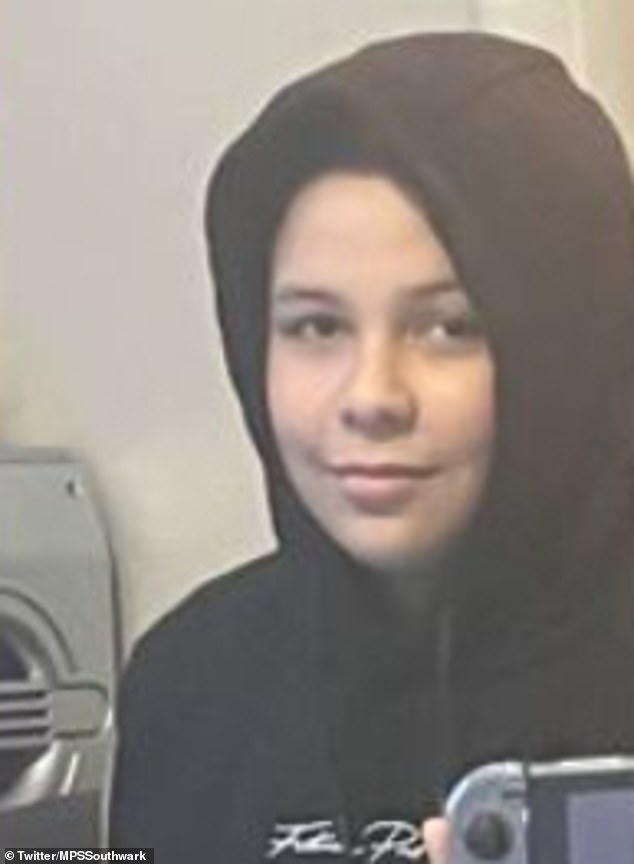 Nylah Collins, 13, is the third girl who has been reported missing since leaving school on Friday

It is not clear which school they attend or the exact time they were last seen.

A statement on Twitter posted on Saturday evening read: ‘We are continuing to appeal for help to find 3 young girls – Jazmin, 13, Kyiah, 12, & Nylah, 13 – who have now been #missing for about 30hrs after they left school on Friday.’

Anyone with information is asked to call 101 using case reference: 4627/07Jan. 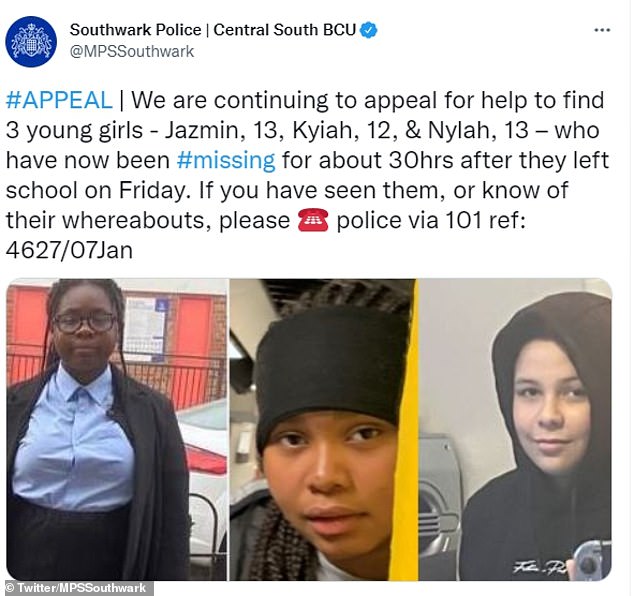