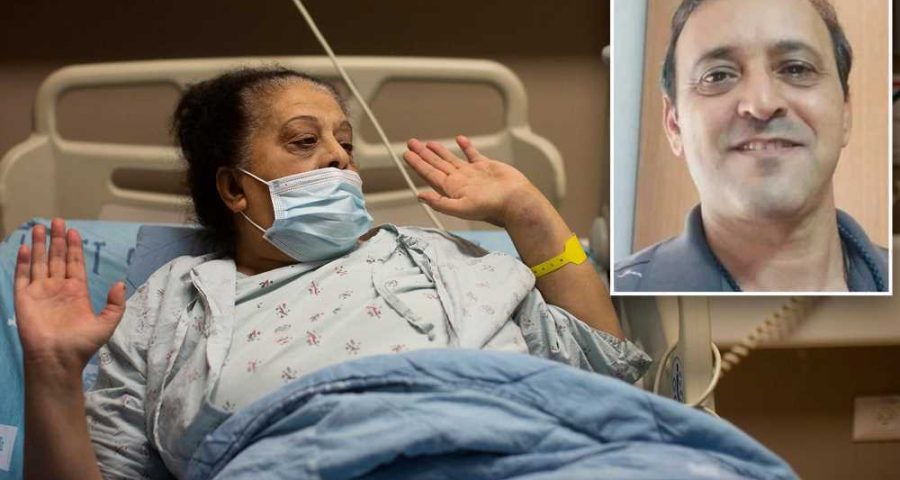 Blinken reaffirms US support for Israel in meeting with Netanyahu

A Jewish man who was killed during violent clashes in Israel has given an Arab woman a second chance at life — after she received one of his kidneys.

Yigal Yehoshua, 56, died after being pelted with rocks amid conflict between Arabs and Jews in Israel’s mixed city of Lod.

Aweis, 58, had been on a waiting list for a new kidney for a decade — and Yehoshua, who was an organ donor, proved to be a match.

“I could not believe it,” Aweis told the Associated Press from the Hadassah Medical Center in Jerusalem.

“I’m telling you, I couldn’t believe it.”

The violent clashes in Jerusalem between Jews and Arabs ignited an 11-day Gaza war.

In mixed cities such as Lod, the tension boiled over into the streets — with the two groups savagely beating each other and torching businesses.

Israeli Prime Minister Benjamin Netanyahu decried the violence and called for full justice for anybody involved with Yehoshua’s death.

“I share in the sorrow of the family of the late Yigal Yehoshua who was murdered in a lynch carried out by Arab rioters in Lod,” Netanyahu said.

“We will settle accounts with whoever participated in this murder; nobody will escape punishment.”

Several suspects have been apprehended in connection with the violence.

Aweis, who did not know Yehoshua personally, was able to speak with his widow via video call and express her gratitude.

“Yigal saved me, and as much as I say thank you to the family, to everyone, it’s not enough,” she said.

“There must be peace between Jews and Arabs, real peace,” she added.