TORRENTIAL rains flooded supermarkets over the weekend, causing aMorrisons ceiling to collapse and an Asda store to evacuate.

Video footage shows water gushing through the ceilings of two supermarkets in Kent as heavy downpours hit the area. 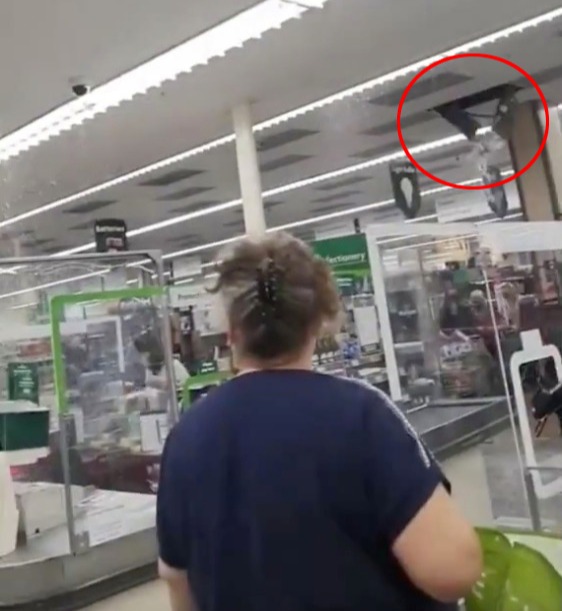 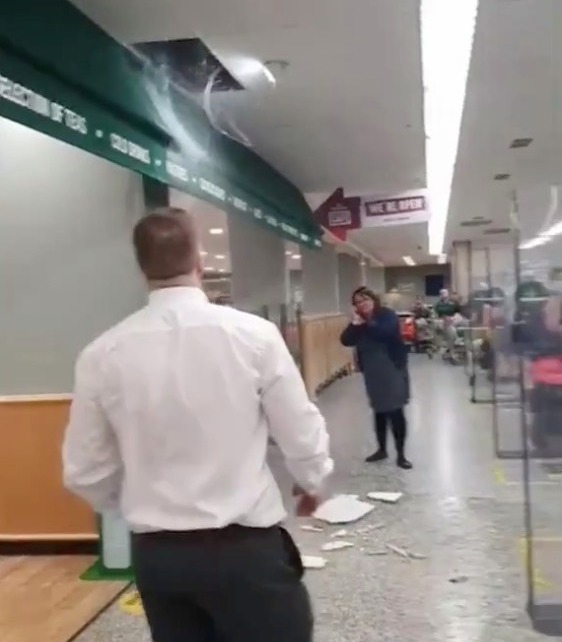 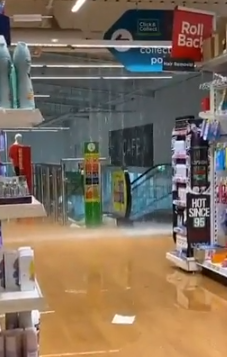 Shoppers had to run for cover in a Morrisons in Maidstone as water cascaded through the roof and parts of the ceiling caved in.

In footage from the store, one woman can be seen speaking on the phone as a soggy roof panel falls beside her.

Others are heard gasping as the dramatic moment unfurls.

One customer said: “Alarms were going off and they were evacuating the building but more and more of the ceiling tiles were coming down.

"The water was coming down with the ceiling pouring down inside."

Fire crews and paramedics were called while shoppers were evacuated.

A Kent Fire & Rescue Service spokesman said: "On arrival crews found the store had been safely evacuated by the staff.

"Inside there was a partial collapse of several suspended ceiling tiles due to heavy rain.

“Crews carried out a check of the external roof and found no damage. There were no reported injuries and duty of care of the building was handed back to the store manager."

A spokeswoman for Morrisons said: "This afternoon's flash floods have caused some damage to the store but engineers are on-site repairing the damage."

It comes as rainwater surged through the ceiling of an Asda in Sittingbourne.

One shopper filmed water pouring onto shelves in the toiletries department, while customers waded through puddles outside in the car park.

The Asda was closed on Saturday evening and remained shut throughout Sunday.

An Asda spokesperson told The Sun Online: "Following the torrential downpour across much of the area over the weekend, the Sittingbourne store has reopened as usual this morning.

"We would like to apologise to our customers for any inconvenience caused.’’