Asda has taken legal action against a Scottish knitwear firm in a spat over similar brand names, George and McGeorge.

The supermarket giant is trying to thwart attempts by ‘McGeorge of Dumfries’ to trademark its name because it encroaches on its own George clothing line.

Despite retailing cashmere since 1881 and worn by the likes of Steve McQueen and Grace Kelly, Asda argues McGeorge could be ‘free-riding’ on George’s reputation.

McGeorge has rubbished suggestions by Asda’s lawyers the public could confuse the two companies, stressing the stark differences in price, clientele and branding.

But the European Union Intellectual Property Office (EUIPO) has ruled in Asda’s favour and said McGeorge cannot register the trademark for clothing.

The Scottish brand, which disappeared in the 1990s but has been recently revived and operates from a Hawick mill, is contesting the decision. 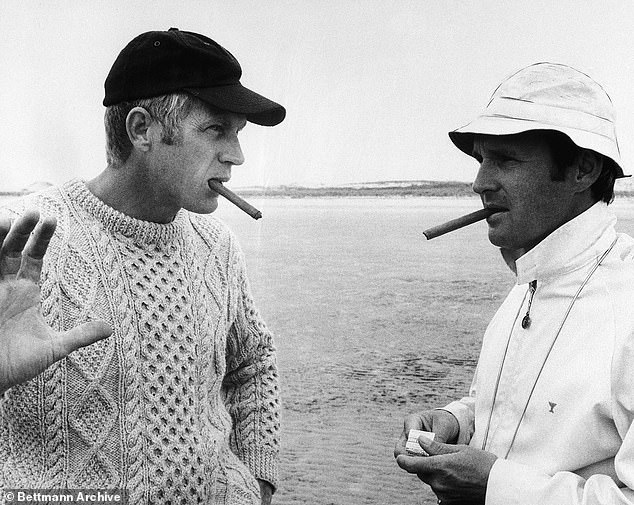 Despite retailing cashmere since 1881 and worn by the likes of Steve McQueen (pictured left wearing the brand while on set for the Thomas Crown Affair), Asda argues McGeorge could be ‘free-riding’ on George’s reputation 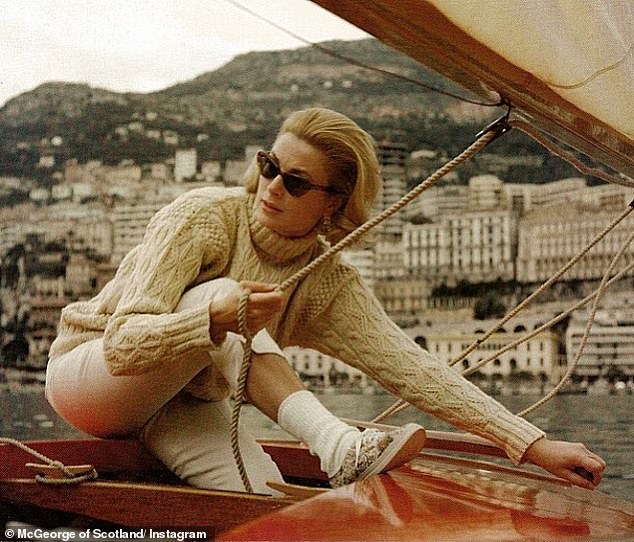 In a witness statement to the EUIPO, McGeorge’s owner Lorenzo Borre, 51, pointed out his sweaters sold for more than £100 in high end fashion stores whereas George products were only sold at Asda for much lower prices.

He said: ‘Aside from the obvious differences between the opponent’s marks and the application, it should be abundantly clear that the consumers of my company’s products are not going to mistake one for the other.

McGeorge has rubbished suggestions by Asda’s lawyers the public could confuse the two companies, stressing the differences branding

‘Nor will they be confused into believing there was any connection between the businesses, not least because of who the customer is, the price tag and the route to market.

‘The application is a trademark which is synonymous with the McGeorge brand, which has its roots and history in Dumfries.

‘The brand is still sought after and recognised today, with historic products retaining a higher value than the opponent’s.’

The George brand has been sold at Asda stores since 1990 and has expanded into home furnishing, kitchen and garden ranges.

Lawyers for Asda accused McGeorge of using a similar brand name to benefit from their reputation.

They said: ‘The applicant, a UK company, cannot fail to be aware of the opponent’s George brand.

‘It is clear that the mark McGeorge of Dumfries is extremely similar to George which is very well known, by virtue of extensive long-standing, wide-scale use.

‘It is clear that the applicant benefits from the from the attractiveness of the George brand, by misappropriating its reputation and goodwill.

‘Use of the mark McGeorge of Dumfries is potentially ‘free-riding’ on the goodwill of the opponent’s earlier marks.’ 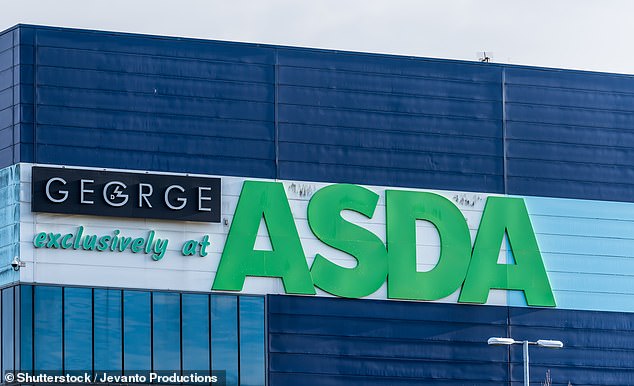 The George brand has been sold at Asda stores since 1990 and has expanded into home furnishing, kitchen and garden ranges

In a written decision, the EUIPO ruled there was a likelihood of confusion between the two brands.

They said: ‘In the present case, it is highly conceivable that the relevant consumer will perceive the contested sign as a sub-brand, or a variation of the earlier mark, configured in a different way according to the type of goods that it designates.

‘There is a likelihood of confusion on the part of the public. It follows that the contested trade mark must be rejected for all the contested goods.’

An Asda spokesman said: ‘George at Asda was established in 1990 and there has been a trademark on the name since then.

‘This particular ruling found that the proposed logo design was similar to ours and consumers could be confused as a result.’