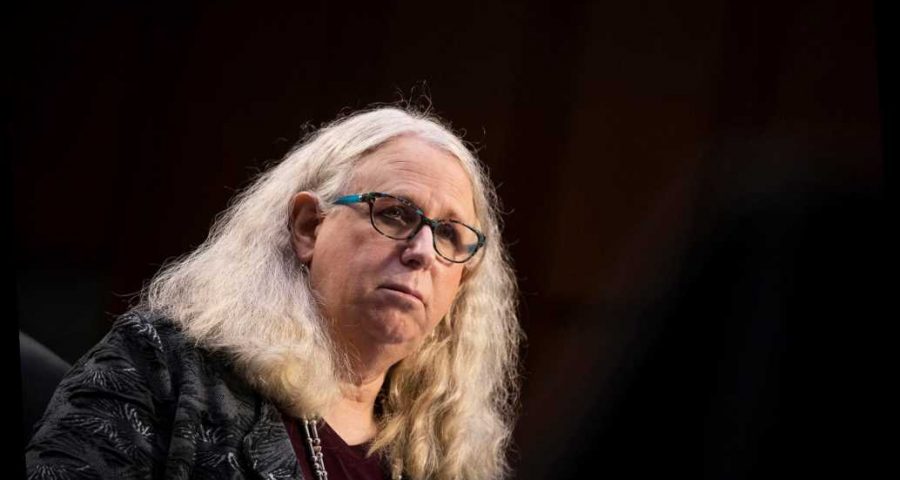 President Biden’s nominee for assistant Secretary of Health and Human Services refused to respond after being grilled by Sen. Paul at her Senate confirmation hearing on Thursday regarding her stance on child gender transitioning.

“American culture is now normalizing the idea that minors can be given hormones to prevent their biological development of their secondary sexual characteristics,” Paul of Kentucky said at the hearing for Dr. Rachel Levin, a transgender woman.

“​Most genital mutilation is not typically performed by force. But as ​WHO notes by social convention, social norm​, t​he social pressure to conform to do what others do and have been doing​,​ as well as the need to be accepted socially the fear of being rejected by the community​,” Paul said. ​

Winding up, he began his question to Levine.

“Dr. Levine you have supported both allowing minors to be given hormone blockers, to prevent them from going through puberty, as well as surgical destruction of a minor’s genitalia. Like surgical mutilation, hormonal interruption of puberty can permanently alter and prevent secondary sexual characteristics,” he continued.

Paul then asked Levine:  “Do you believe that minors are capable of making such a life-changing decision as changing one’s sex?”

​Levine, the first transgender person to be nominated for a Cabinet-level position, dodged the question, responding by saying transgender medicine is a “very complex and nuanced field” and adding that she would be happy to discuss the “particulars” if confirmed.

“Will you make a more firm decision on whether minors should be involved with these decisions?”​ he said.

Levine, the Pennsylvania Secretary of Health, once again refused to answer, saying she would be “pleased” to talk to him about it further.

Sen. Patty Murray, the chairwoman of the Senate Committee on Health, Education, Labor and Pensions, told Paul that his line of questioning was inappropriate and wrong.

“It is really critical to me that our nominees be treated with respect and that our questions focus on their qualifications rather than ideological and harmful misrepresentations​ like those we heard from Sen. Paul earlier and I will focus on that as chair of this committee​​,” Murray (D-WA) said​.​