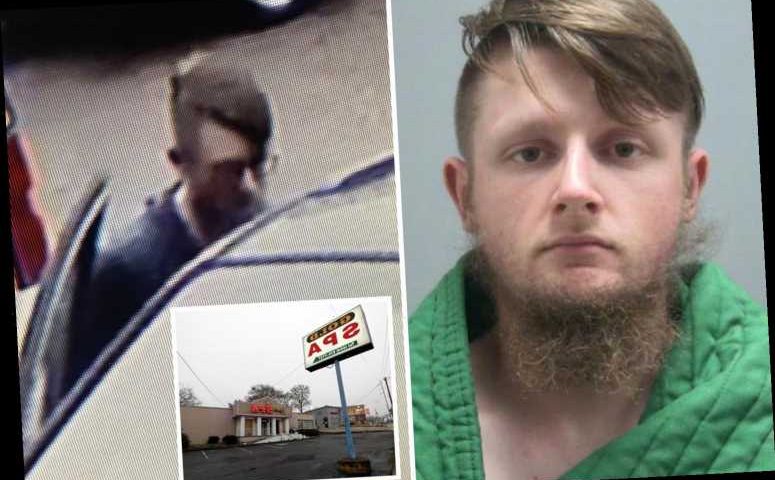 THE "sex addict" who allegedly killed eight at massage parlors in Atlanta has been charged over the attack, which he claims was not racially motivated.

God-fearing Robert Aaron Long, 21, took responsibility for the shootings and told cops that the massage parlors were a "temptation that he wanted to eliminate." 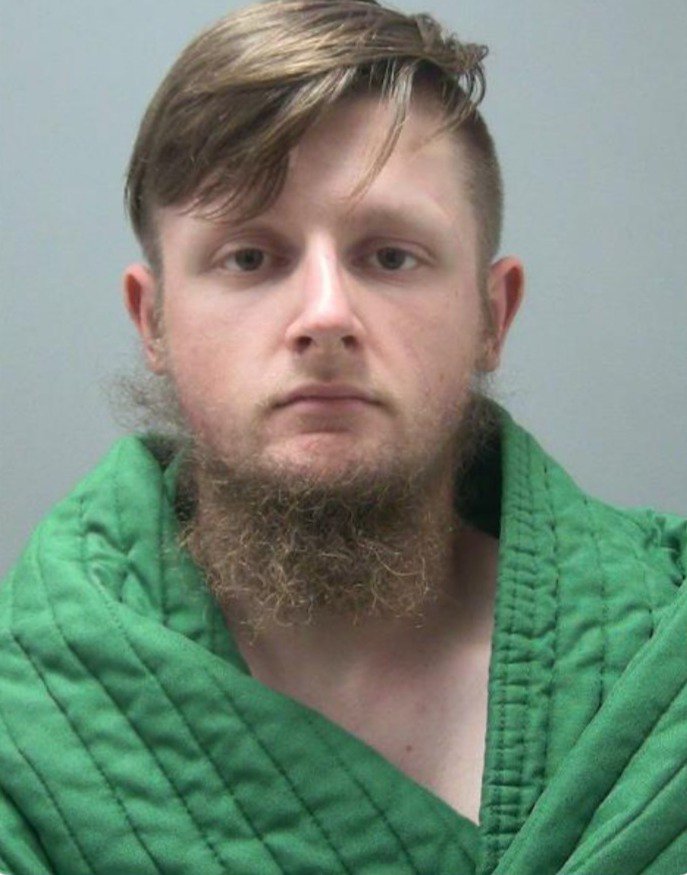 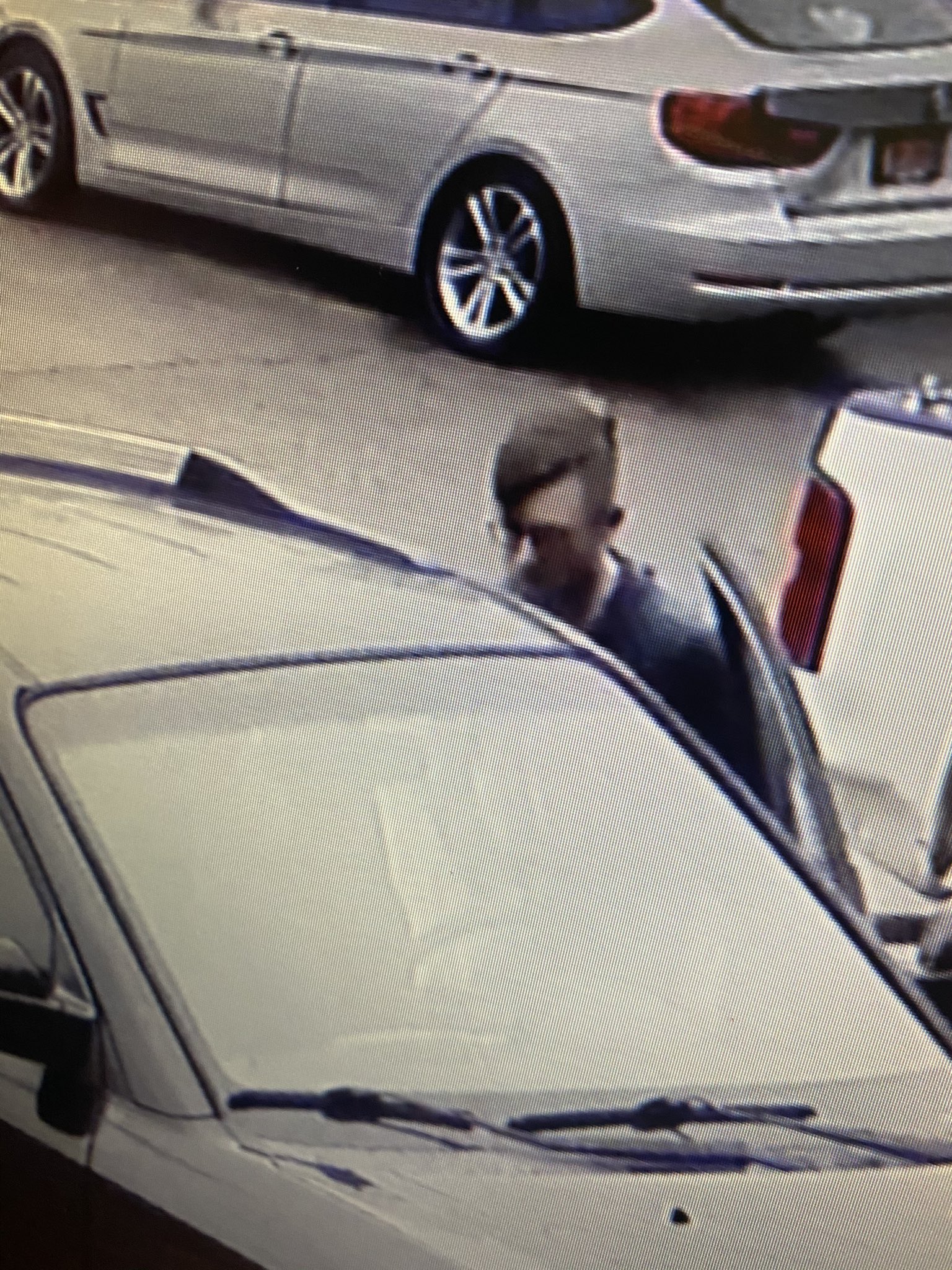 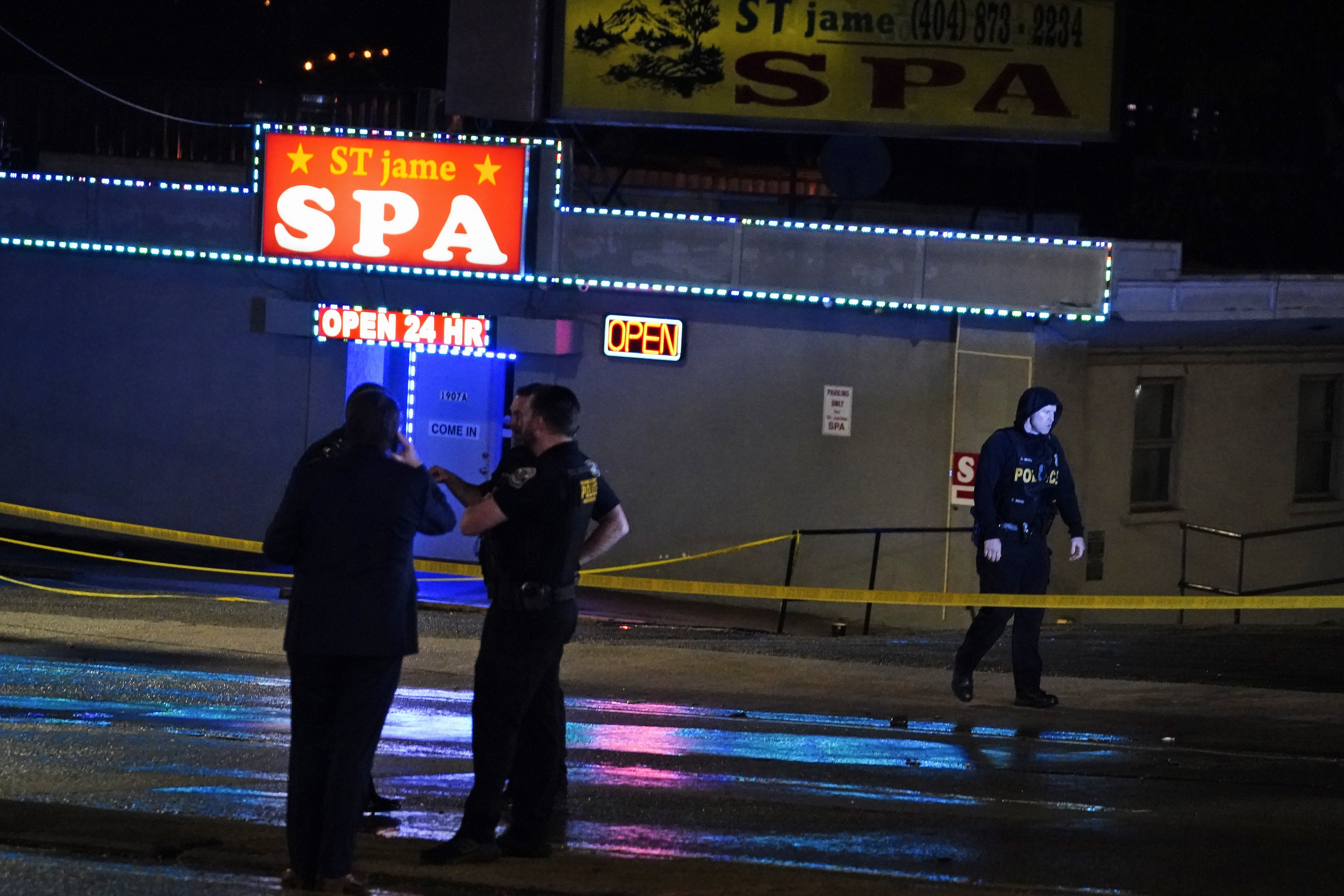 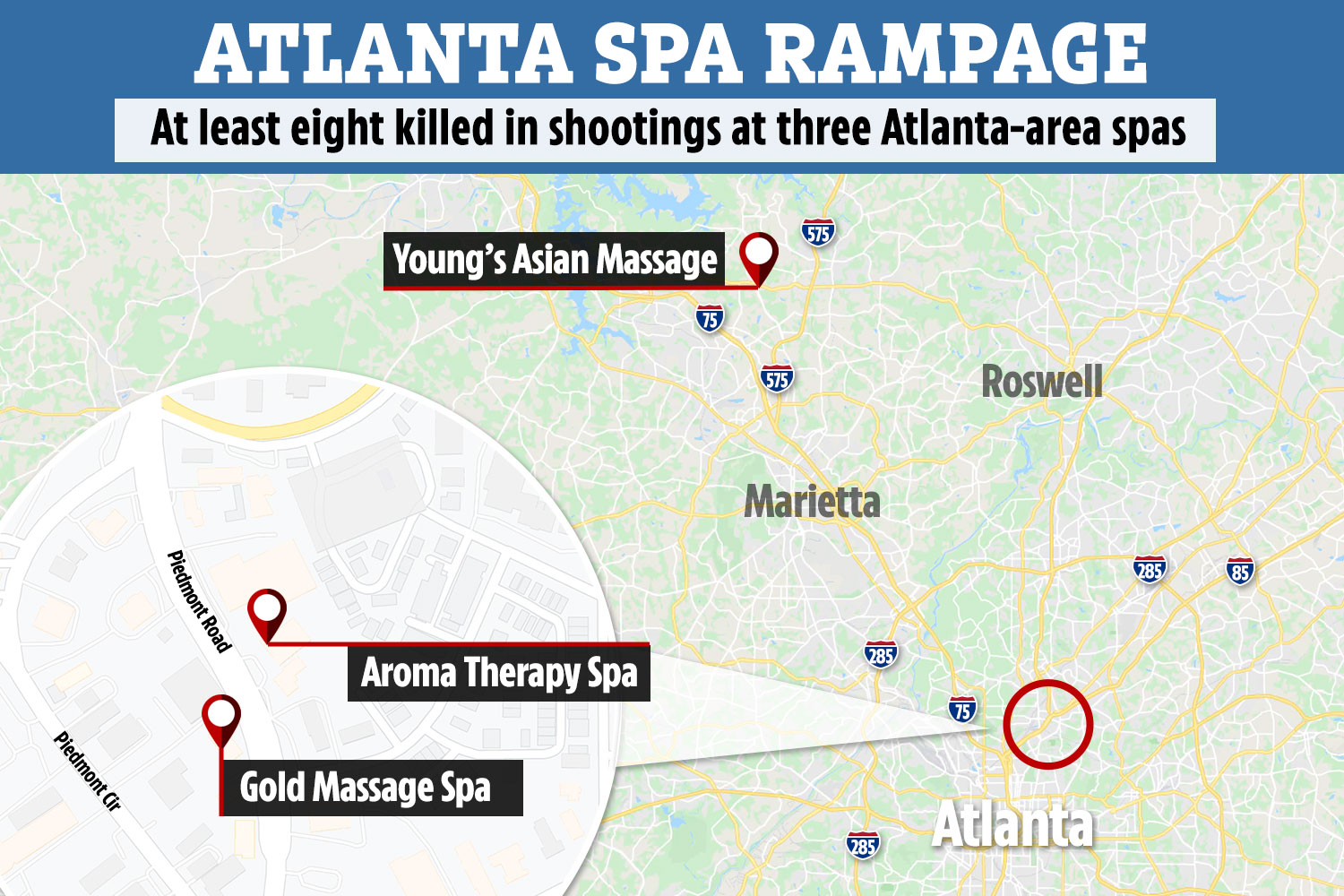 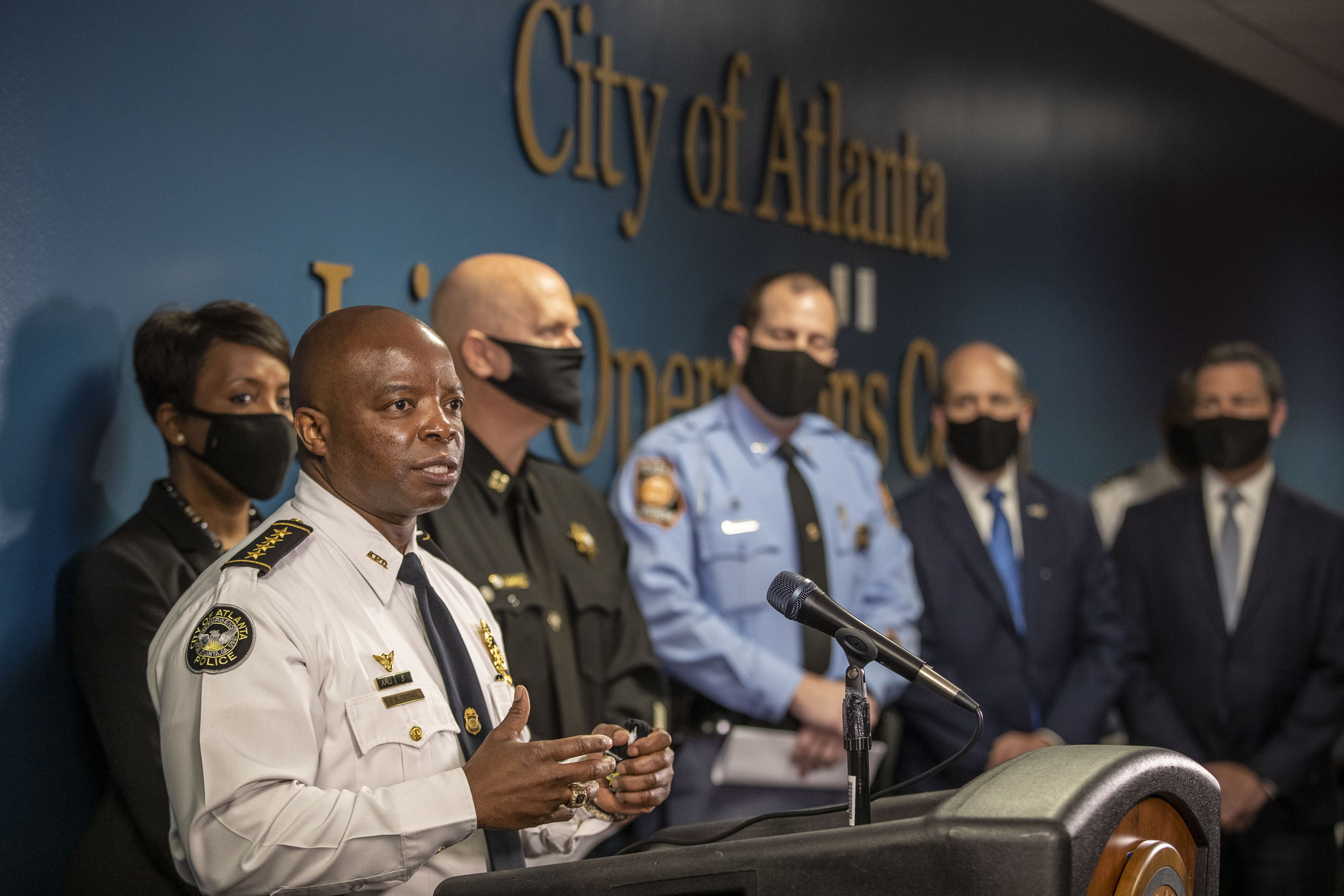 Captain Jay Baker said that Long had been charged with four counts of murder and one count of aggravated assaulted for the Cherokee County shooting, the New York Times reported.

However, charges have not yet been announced in connection with the attacks in the City of Atlanta.

CNN later reported that a former roommate had claimed the alleged shooter spent time in a sex rehab clinic.

Sheriff Reynolds added that cops believe Long "frequented these places in the past" and that he "may have been lashing out." 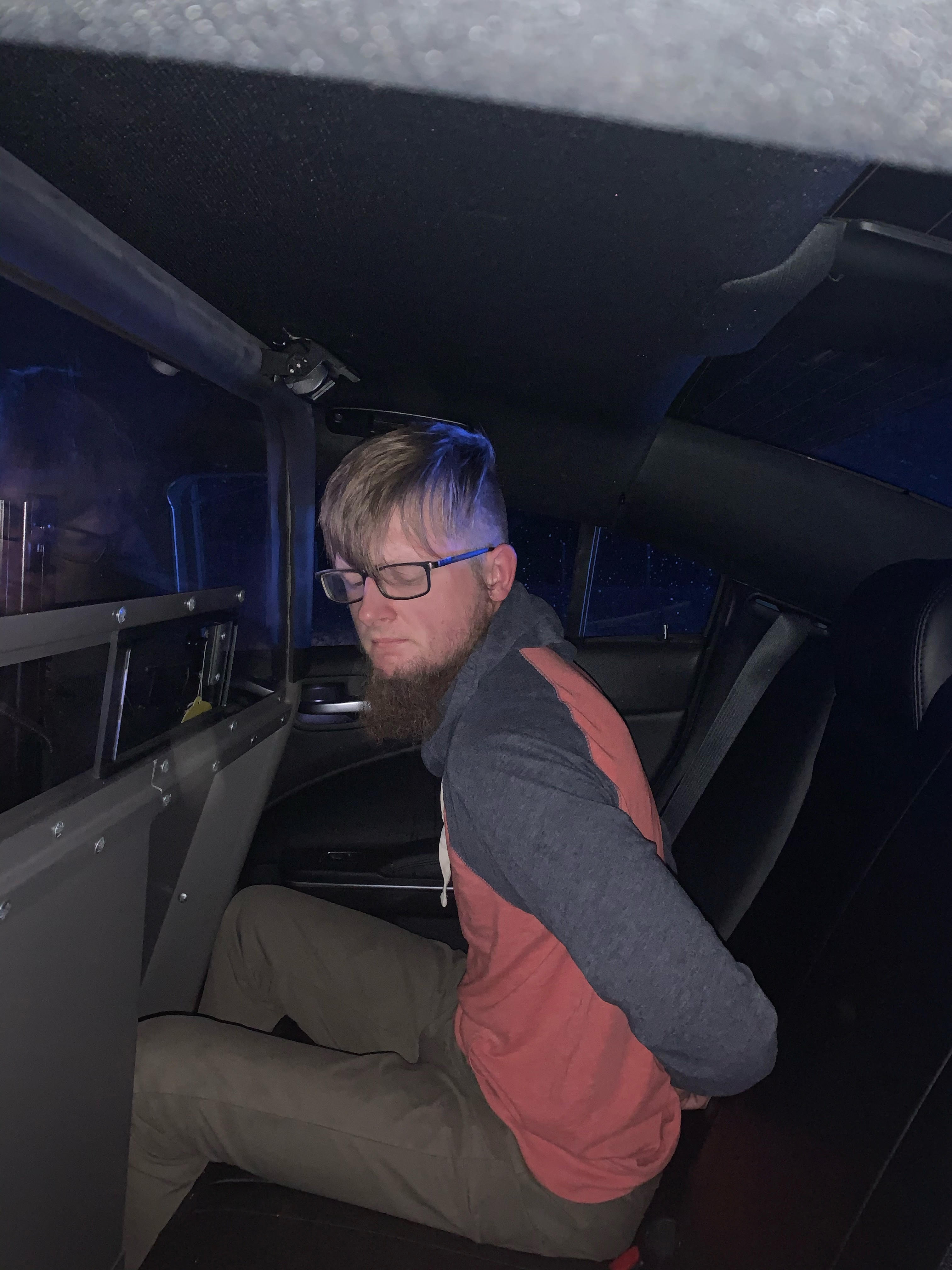 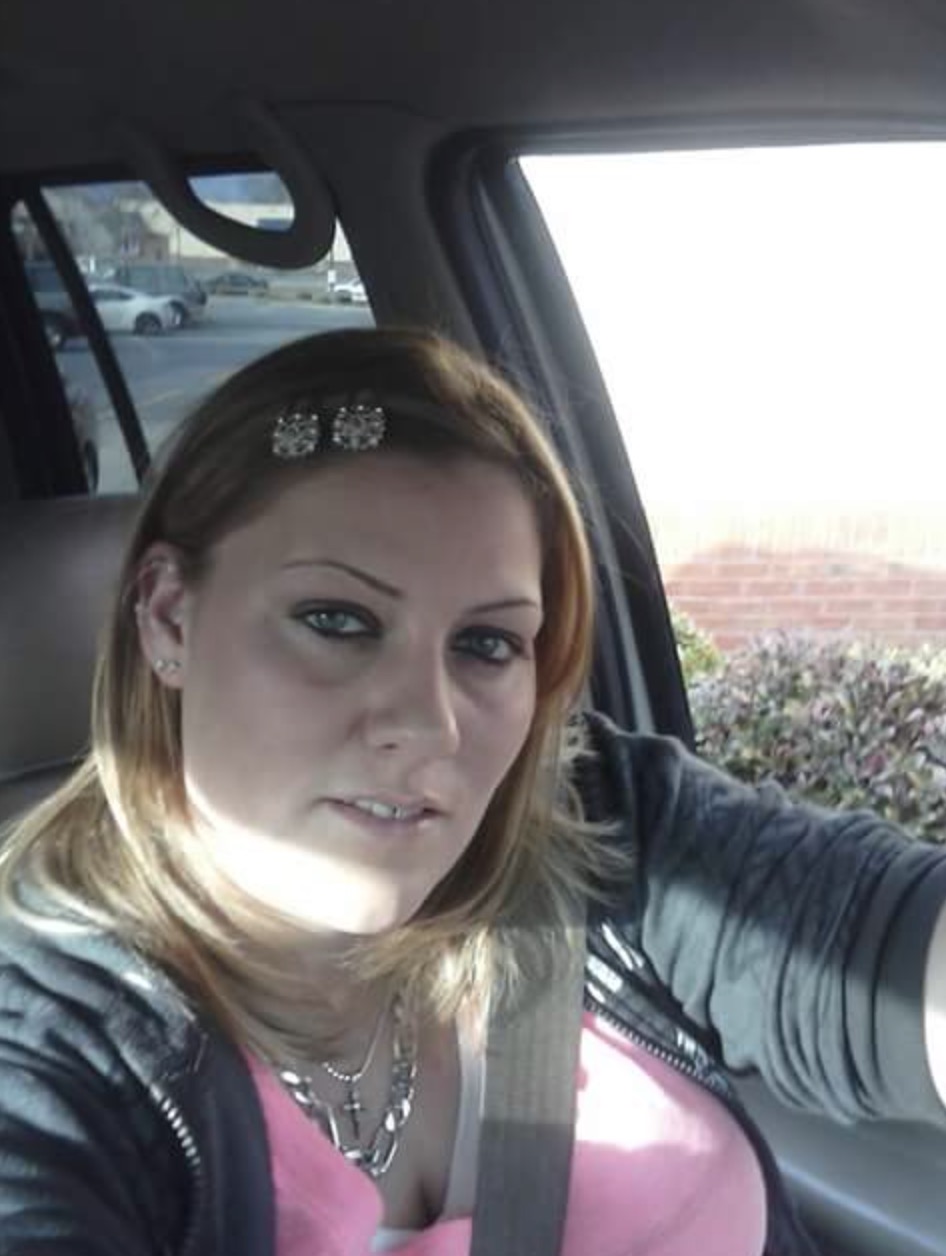 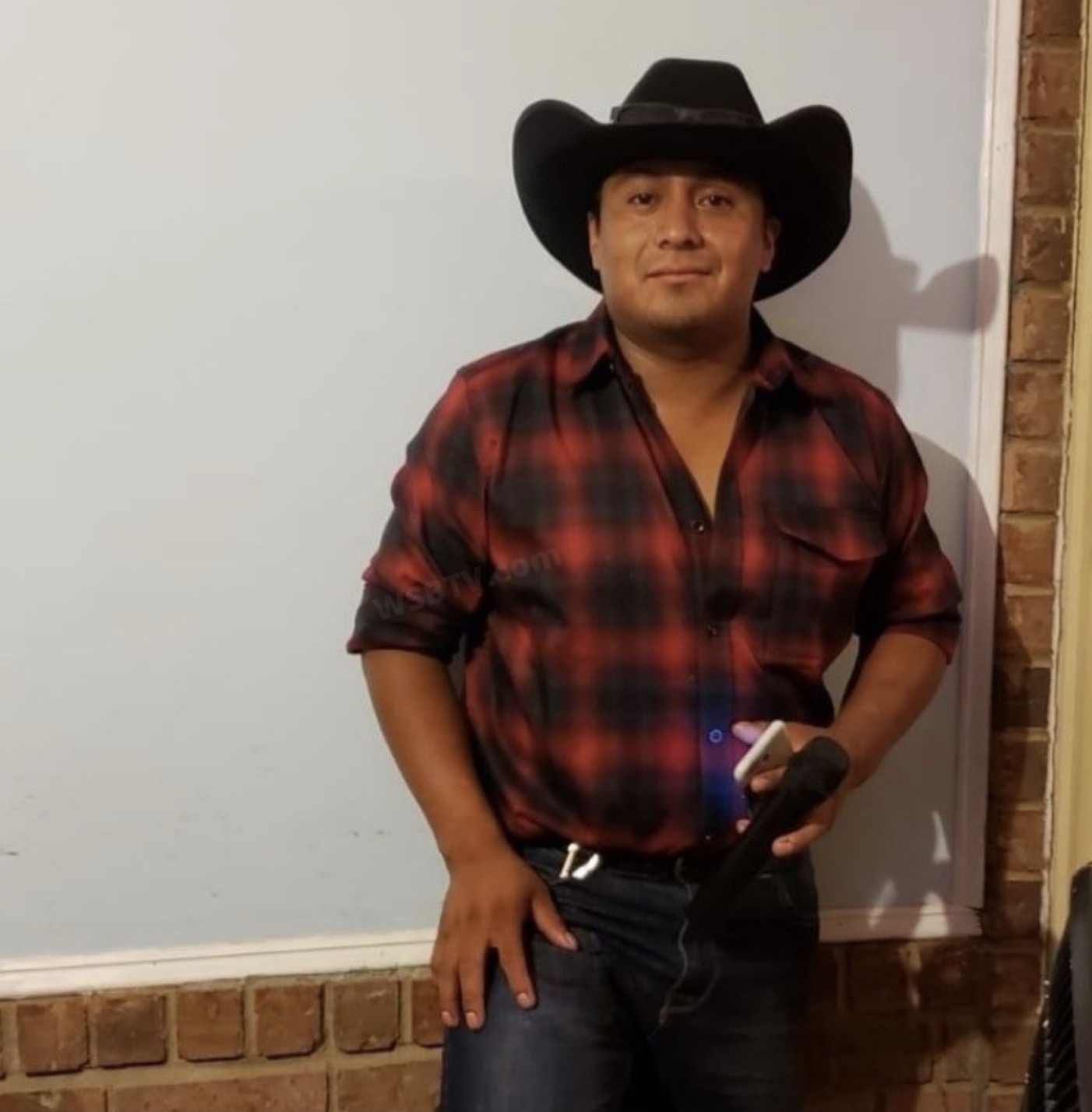 They added that Long claimed the attack was not racially motivated.

Long did not target the victims due to their ethnicity, rather that he chose locations that he "knew specifically", according to Channel 2.

The first shooting occurred at a Cherokee County massage parlor about 30 miles northwest of Atlanta before two other spas across the street from each other in northeast Atlanta were targeted.

Long was only apprehended after authorities performed a pursuit intervention technique (PIT) to stop his vehicle.

The move "caused the vehicle to spin out of control" as Long was reportedly driving south on Interstate 75.

He was taken into custody "without incident" and was being held at the Crisp County jail.

The suspect is heading back to Cherokee County for a court hearing on Friday morning regarding the slaughters.

The FBI are now assisting the investigation into the shooting spree, that saw six Asian women shot dead.

WHAT WE KNOW SO FAR 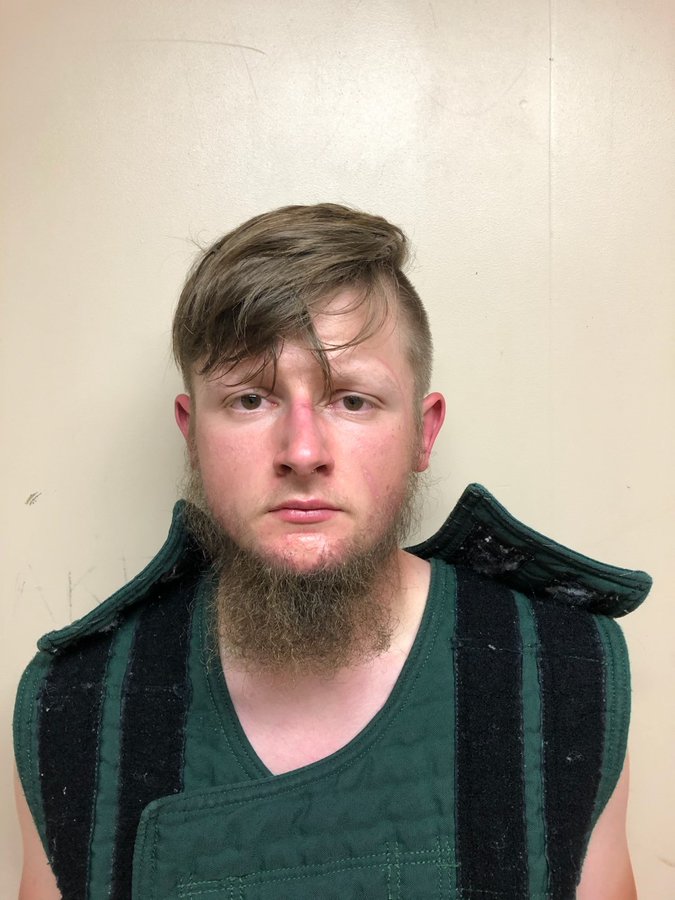 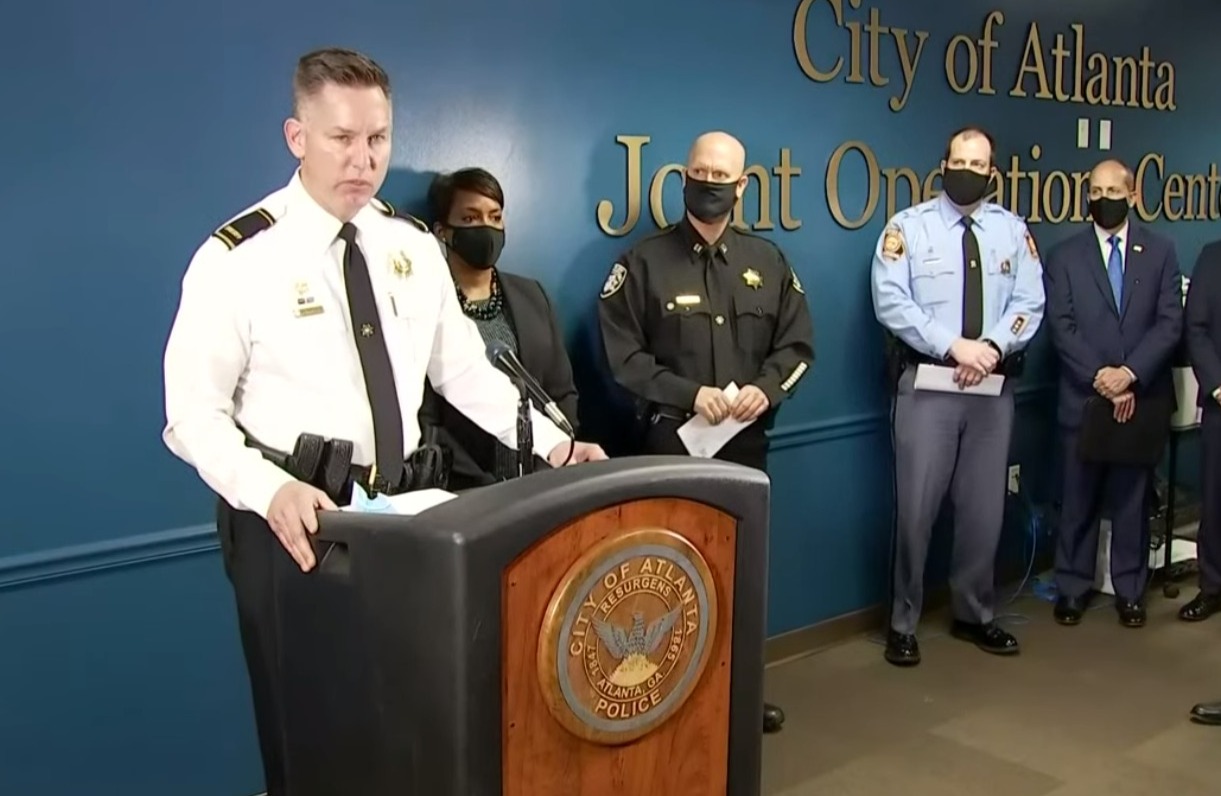 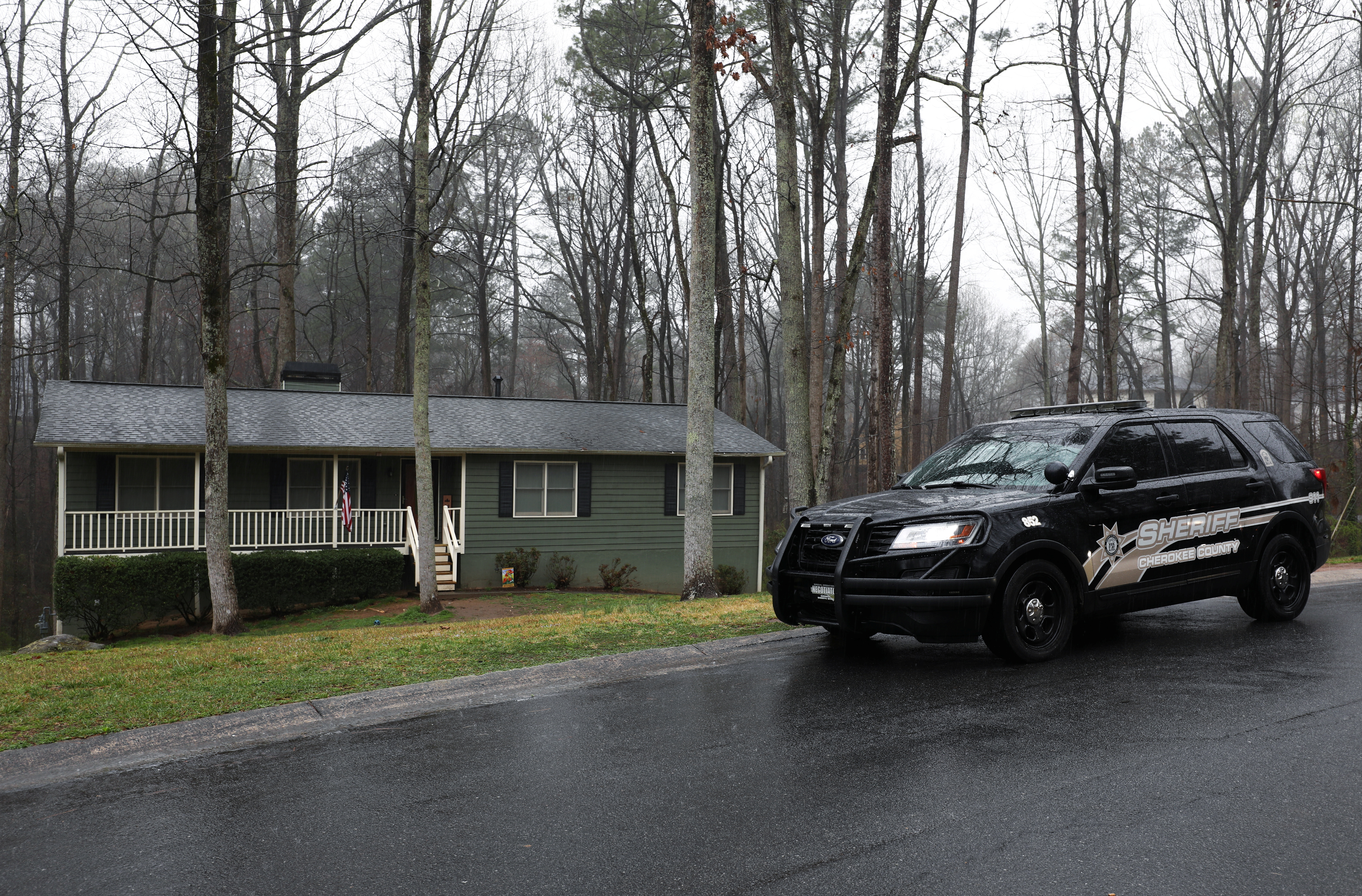 Of the eight dead, seven were women and one a man, according to officials. Two of the victims were white, cops said.

They added that one victim who was injured, but is in stable condition, was identified as Elcias R. Hernandez-Ortiz, 30.

South Korea have since confirmed that four of the victims were of Korean descent.

Further details have not yet been released on the victims, but Atlanta Police Chief Rodney N. Bryant confirmed the majority were female and Asian.

It is not yet clear if it was a racially motivated attack, but officials from all jurisdictions said they are "very confident" that the same suspect was involved in all three shootings.

The NYPD announced it will deploy officers into Asian communities in response to he shootings and the rising hate crimes against Asian minorities.

The 21-year-old suspect was apprehended in Crisp County about 150 miles south of Atlanta.

It has since emerged that Long is a "God and gun loving" son of a pastor, with an extensive religious background.

President Biden has since been informed about the killings.

White House Press Secretary Jen Psaki said: "The President has been briefed overnight about the horrific shootings in Atlanta. 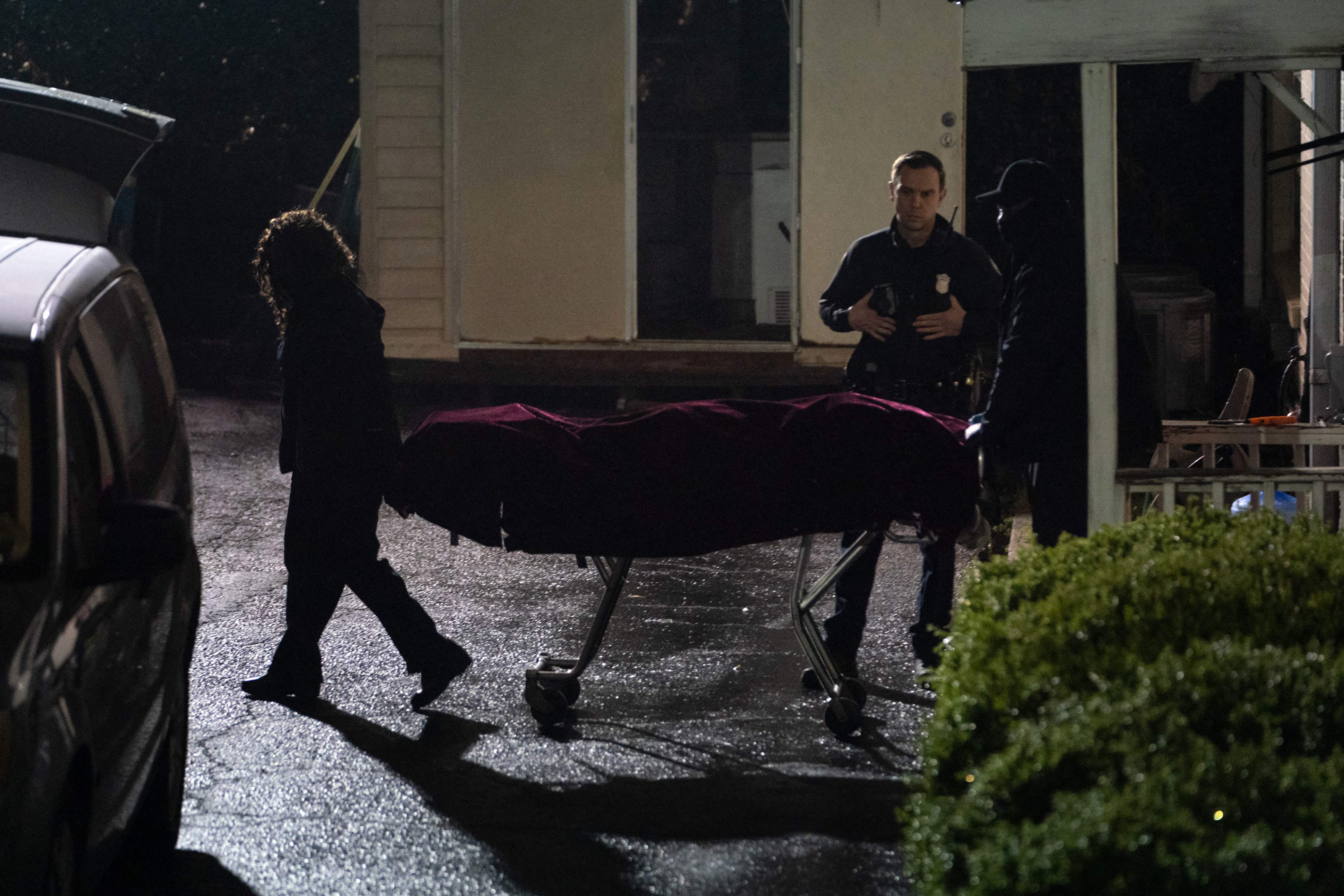 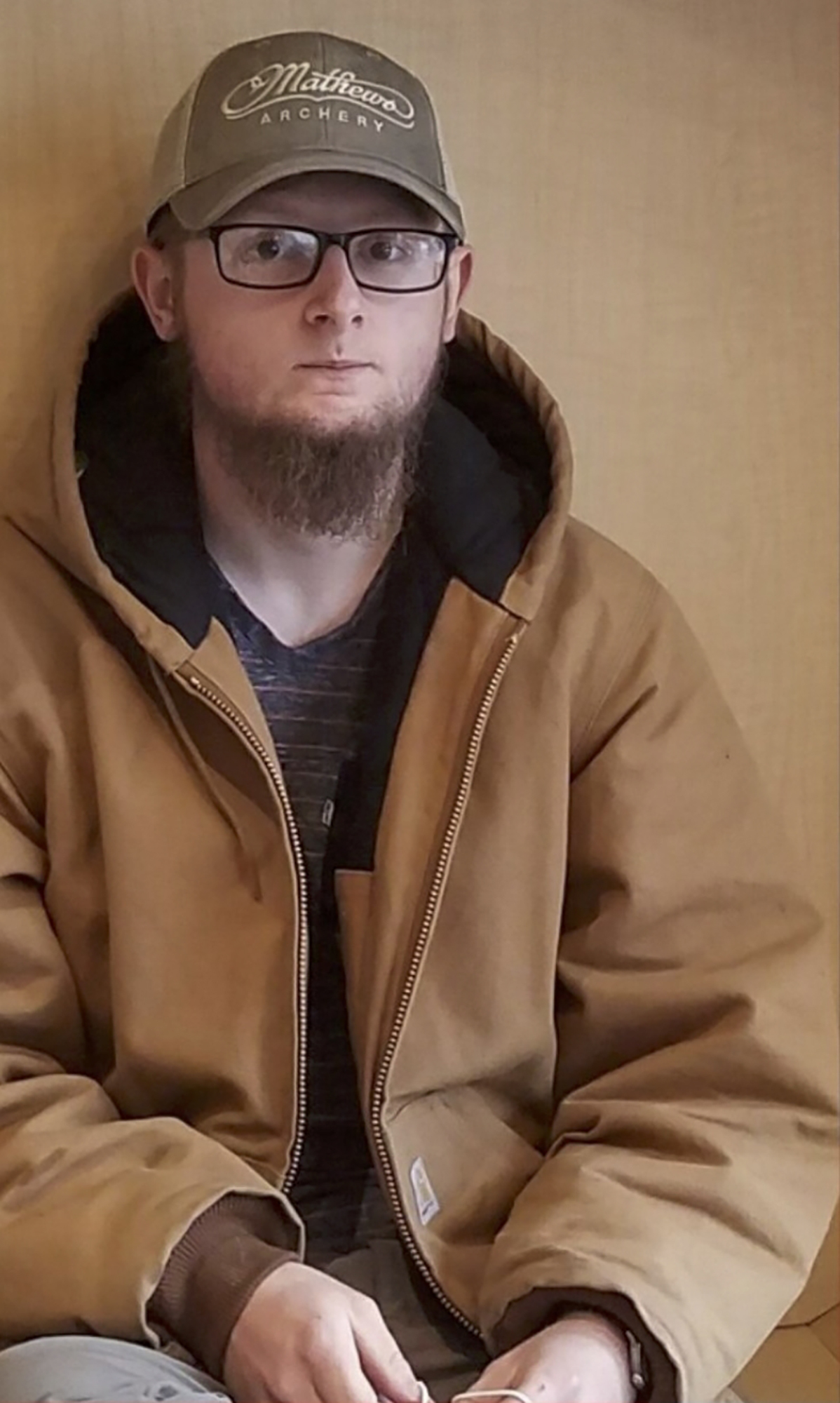 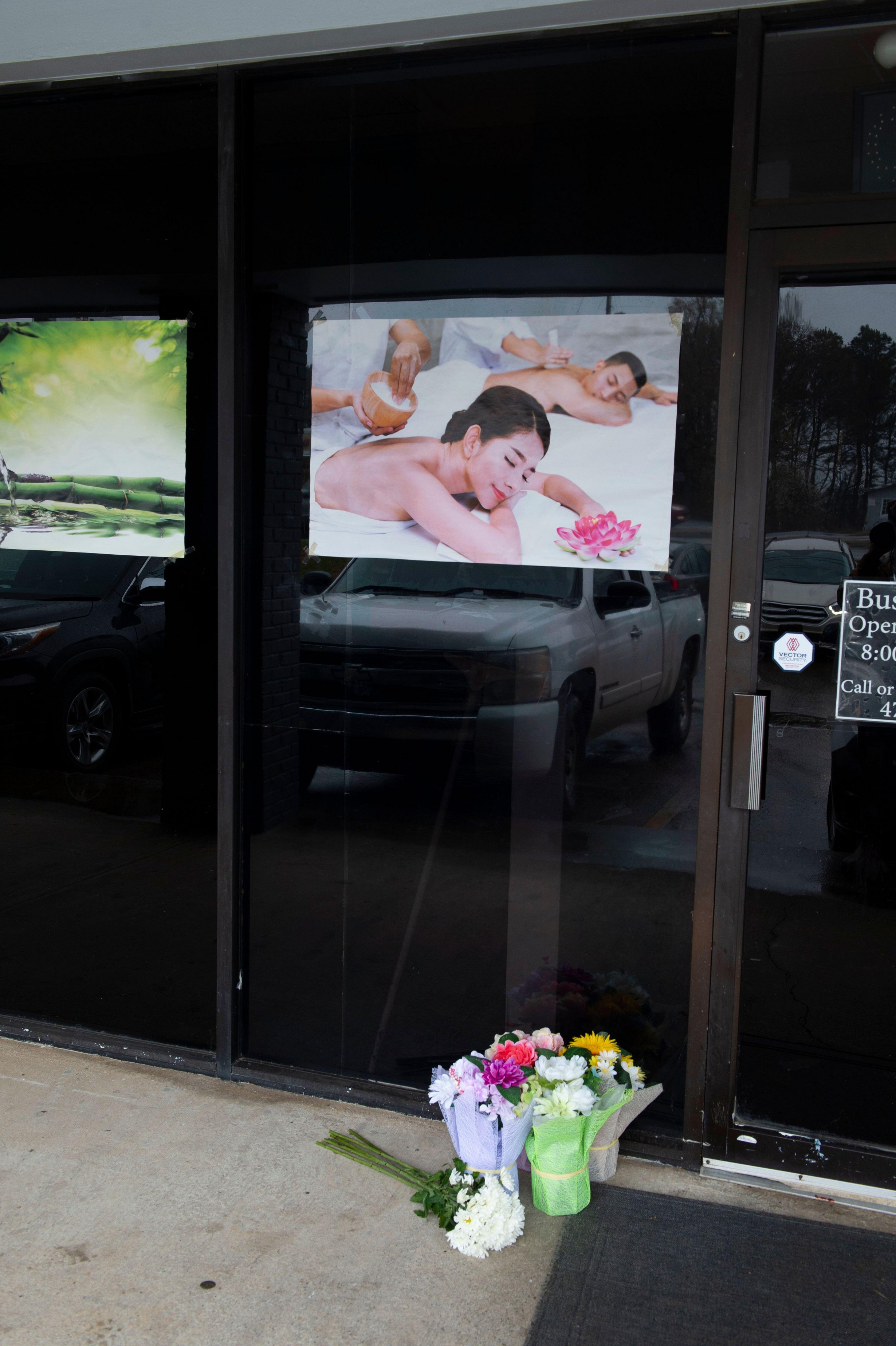 The White House added that Biden will also be briefed over the phone by Attorney General Merrick Garland and FBI Director Christopher Wray regarding the shootings.

The Mayor of Atlanta, Keisha Lance Bottoms, praised the quick response of authorities in apprehending the offender and offered her sympathies.

"I commend law enforcement for their quick work in arresting a suspect in the tragic shootings on yesterday. A motive is still not clear, but a crime against any community is a crime against us all.

"I have remained in close contact with the White House and APD as they work with federal, state and local partners to investigate the suspect who is responsible for this senseless violence in our city."

"The surge in violence against Asian Americans over the last year is a growing crisis. We need action from our leaders and within our communities to stop the hate."

The first shocking shooting happened at around 5pm at the Youngs Asian Massage Parlor off Bells Ferry Road and Highway 92 in Acworth, Georgia.

Two people died at the scene. A further three were transported to hospital, were another two succumbed to their injuries.

The Sheriff's Office spokesman Captain Jay Baker confirmed that two Asian women, a white woman, a white man, and a Hispanic man had been injured.

It appears all five victims were shot inside the business. 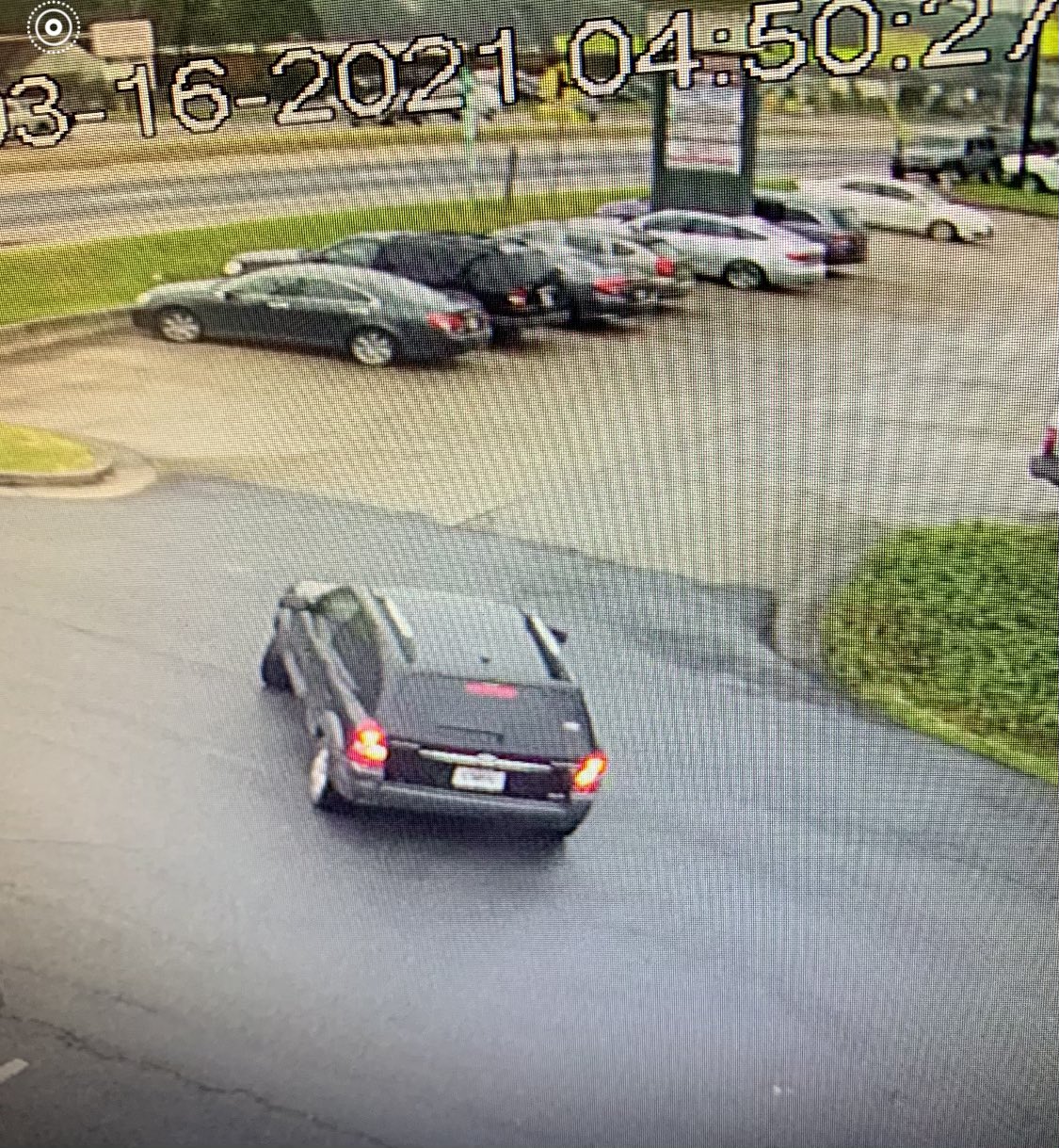 Less than an hour later, police responded to a call off a "robbery in progress" at Gold Spa, in northeast Atlanta.

Three women were shot dead in the appalling attack.

The gunman then headed to another spa situated just across the street, the Aromatherapy Spa, where officers found another woman deceased.

Atlanta Police Chief Rodney Bryant said all four victims were female, and "it appears that they may be Asian".

While at Gold Spa, cops "received another call across the street that had shots fired," Bryant said.

"We responded to that to find another individual was shot at that location."

One witness told CNN, "We just heard numerous gun shots coming from across the street. I won't say any names but they're really nice girls."

The shopping center where Young's Asian Massage is located was closed to the public as investigators search for ballistics, fingerprints and other evidence according to the Atlanta Journal Constitution.

The suspect was captured by surveillance video pulling up to the business around 4.50pm, just minutes before the shooting.

The sheriff's office posted surveillance pictures on its Facebook page, asking people to share the images that show the man near the vehicle.

From Young's Asian Massage, it's believed the gunman drove more than 30 miles and opened fire at two other businesses north of the city in the suburb of Woodland Hills. 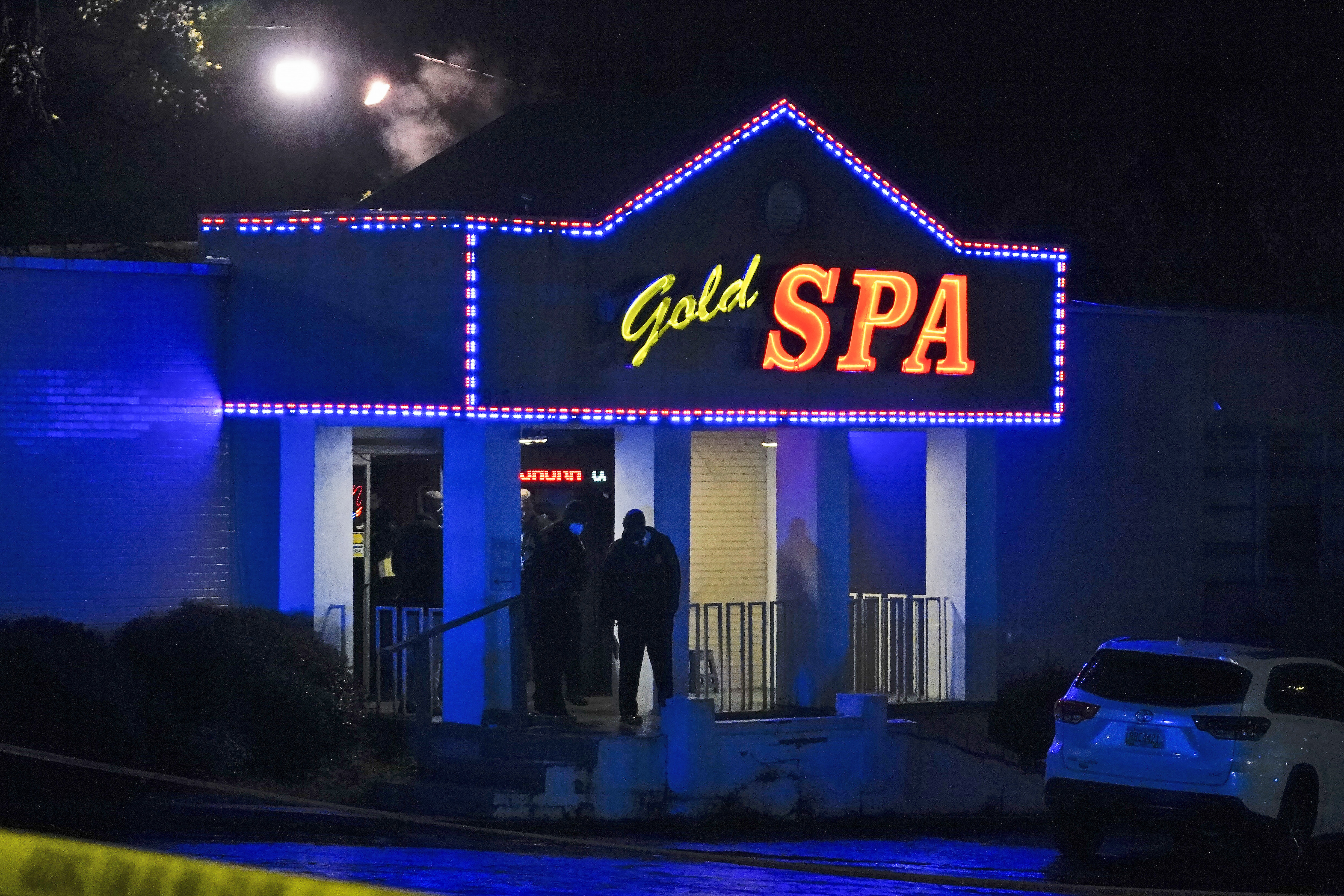 The 21-year-old is believed to be devoutly religious, as he and his family are present on multiple social media posts from the Crabapple First Baptist Church.

One of Long's former classmates, who graduated from Sequoyah high school in 2017, told the Daily Beast that he alleged killer seemed "innocent" and "nerdy" and ''wouldn't even cuss", and that his father was a pastor.

"He was sorta nerdy and didn’t seem violent from what I remember. He was a hunter and his father was a youth minister or pastor. He was big into religion," he said.

The suspected killer was re-baptized in 2018 and shared his enthusiasm about the process online, citing the teaching of the Prodigal Son.

"As many of you may remember, when I was 8 years old I thought I was becoming a Christian, and got baptized during that time.

"And I remember a lot of the reason for that is a lot of my friends in my Sunday school class were doing that. And after that time, there wasn’t any fruit from the root that is our salvation," he said in the since-deleted post.

Long went on, "By the grace of God I was able to draw the connection there and realize this is a story between what happened with me and God.

"I ran away living completely for myself, and he still wants me, and so that’s when I was saved."

Elders at the Crabapple First Baptist Church released a statement saying: "We are grieved to hear the tragic news about the multiple deaths in the Atlanta area. We are heartbroken for all involved. 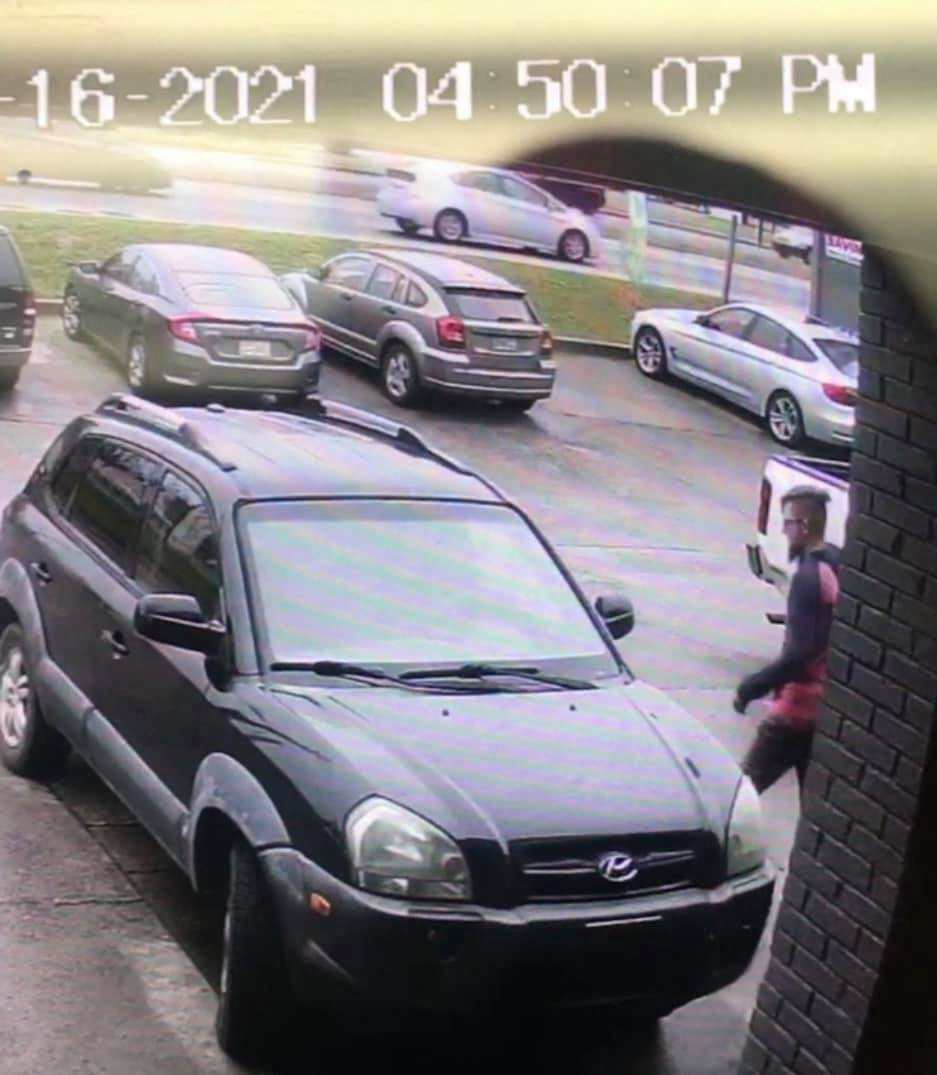 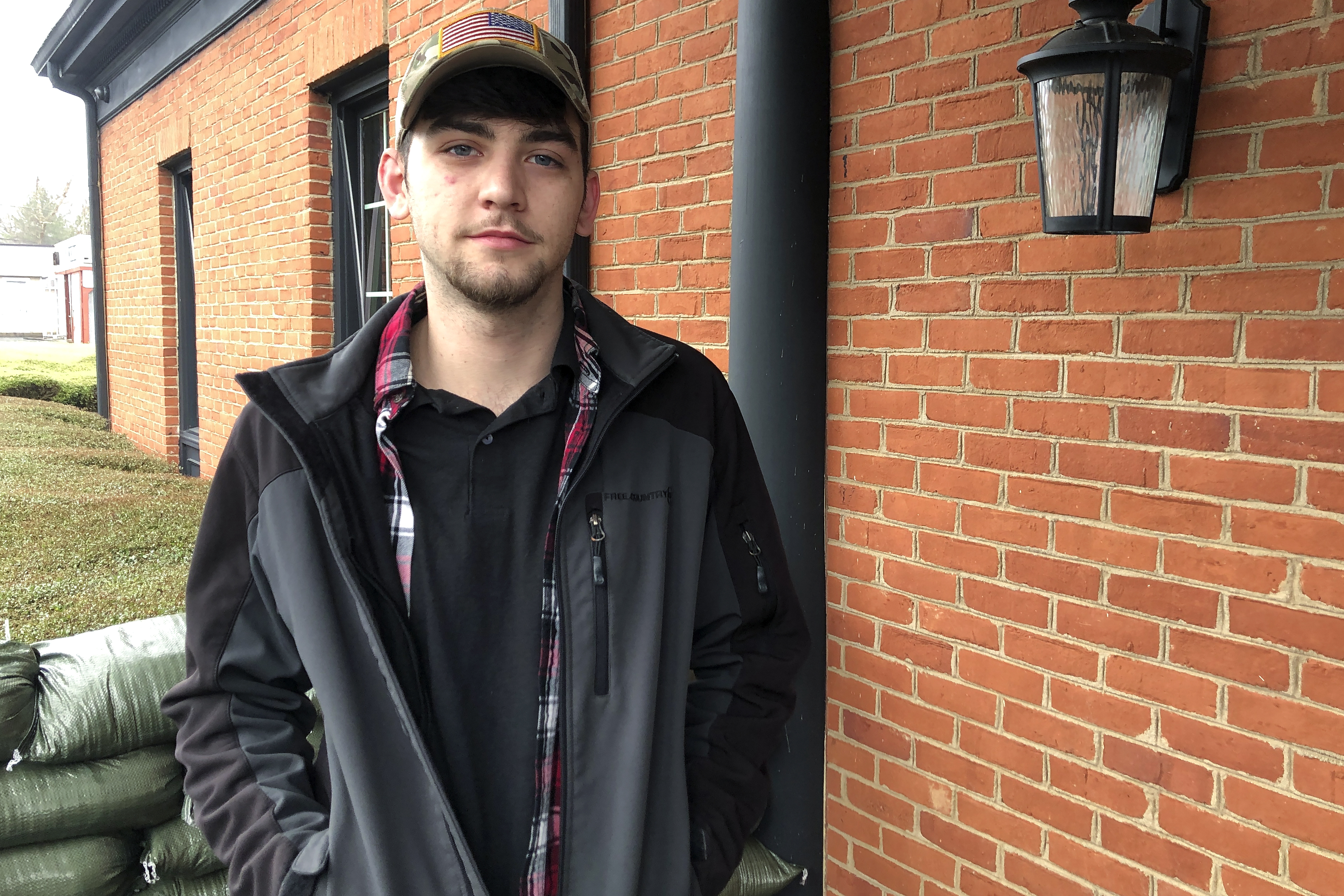 Nico Straughan, 21, who went to school with Long, described him as "super nice, super Christian, very quiet" and said that in high school Long brought a Bible to school every day and would walk around with it in his hands.

An anonymous former classmate of Long's told The Sun: "I led worship with him at our FCA club a few times my sophomore year, he played cajón and I sang and played guitar.

"He seemed very quiet, and he was a huge Christian, I'm pretty sure he was also in band.

"It's very awful news. It makes me sick to my stomach to know that someone like him did this awful thing.

"I don't recall him ever being with a female, it's the first I've heard about that [him being a sex addict], so that's very crazy.

"It's very sad that he turned into this. I'm praying for the families that lost loved ones because of his awful actions."

A second former classmate added: "It's just unbelievable that I went to high school and graduated with someone that could kill eight people.

"It makes you wonder if he's always thought about that.

"I remember him being quiet but nice, he did have friends and was friendly. It was crazy to see he did that."

As more details emerged about the sequence of events that took place on Tuesday afternoon, Long's other fascination – guns – was revealed.

"Pizza, guns, drums, music, family, and God. This pretty much sums up my life. It's a pretty good life," stated a tagline on an Instagram account believed to be Long's, reported the Daily Mail.

The motive of and details of the shooting were not immediately clear, Baker told WXIA-TV.

But officials from all jurisdictions say they are "very confident" that the same suspect was the gunman in all three shootings.

Locals suggested the area was renowned for its versatile demographic, and that the spa's were known to be Asian-owned businesses.

When asked if it was a hate crime, due to the ethnicity of the victims, Atlanta Police Chief Rodney N. Bryant said: "We can’t make that determination just yet."

The Atlanta Police Department promised to send officers to "check on" neighbouring businesses and deploy increased patrols in the area, according to a press release.

The Seattle Police Department also pledged to instate an increase presence and support its Asian-American community.

The startling shootings have sparked a debate about whether a Asian Lives Matter movement should be organised.

However some have accused the proposal of co-opting and diminishing the Black Lives Matter movement, and have suggested using a "Stop Asian Hate" slogan instead.

There have been 4,000 reported incidents of racism against Asians in the last year. The drastic rise in attacks has been exacerbated by claims coronavirus originated in China.

Democrat Ted Lieu offered his condolences, and noted that "many of the victims are Asian."

"These murders occurred at a time when anti-Asian violence has been spiking. All officials should do their part to condemn violence and not inflame further discrimination," he tweeted.

The shooting left the Congressional Asian Pacific American Caucus "horrified", especially "at a time when we’re already seeing a spike in anti-Asian violence." Campaign group Stop Asian American and Pacific Islanders Hate said was unclear: "Whether or not the shootings were related or motivated by hate.

"But right now there is a great deal of fear and pain in the Asian American community that must be addressed".

The executive director of Asian Americans Advancing Justice Atlanta, Stephanie Cho, condemned the atrocities and called for the community to come together.

"We are heartbroken by these acts of violence. Six Asian women lost their lives. Now is the time to hold the victims and their families in our hearts and in our light.

"We're calling on our allies across communities of color to stand with us in grief and solidarity against racist violence in all its forms.

"When our most vulnerable community members are targeted, we all need to band together," she said in a statement.

Brian Kemp, the Governor for Georgia, added: "Our entire family is praying for the victims of these horrific acts of violence."

Secretary of State Antony Blinken echoed Kemp's message, saying: "We are horrified by this violence which has no place in America or anywhere.

"We will stand up for the right of our fellow Americans, Korean Americans, to be safe, to be treated with dignity."