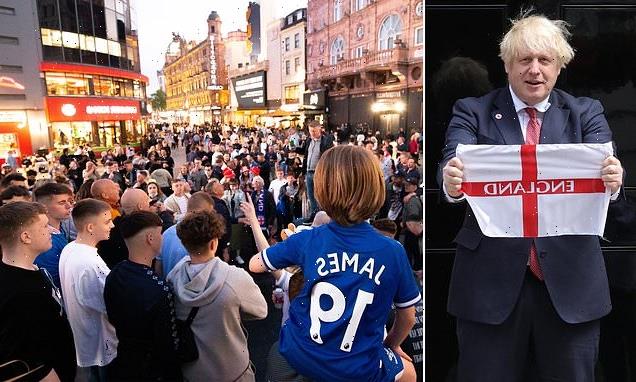 A four-day bank holiday in August could be declared if England win the European Championships tonight.

Britons could be granted another reason to cheer on the Three Lions as they face off against Italy at Wembley, as reports suggest a victory could mean extra time off in August.

A petition calling for the bank holiday has already topped 350,000 signatures.

Friday August 27 is thought to be the most likely option for the additional day off because it would align with the summer bank holiday on the following Monday, The Telegraph reports.

A source said the potential four-day weekend would spark an economic boost as more Britons would be able to take mini-breaks before schools go back for the next academic year. 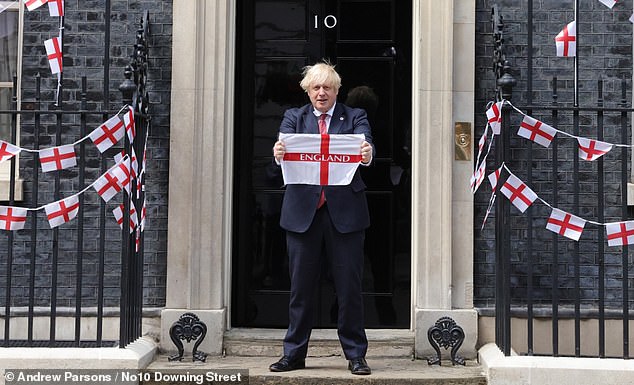 Boris Johnson has ruled out declaring a bank holiday before the end of the match tonight, saying he does not wish to ‘tempt fate’

Boris Johnson has ruled out declaring a bank holiday before the end of the match tonight, saying he does not wish to ‘tempt fate’.

Calls have been made for tomorrow to be declared a bank holiday, allowing Britons plenty of time to celebrate any possible victory into the early morning after tonight’s game.

But this option appears unlikely, as it would require a rush from the Prime Minister with just hours to spare between an England victory and Monday morning, and the Queen would have to dial into a late Privy Council meeting from Windsor to approve the plans, it is understood.

Bank holidays are typically created through royal proclamation after ministers advise the monarch to announce one on a certain date.

Italy will no doubt prove a stern test if England are to end their years of anguish.

The Azzurri may have needed a penalty shoot-out to beat Spain in their semi-final but Roberto Mancini’s side are now unbeaten in their last 33 matches. 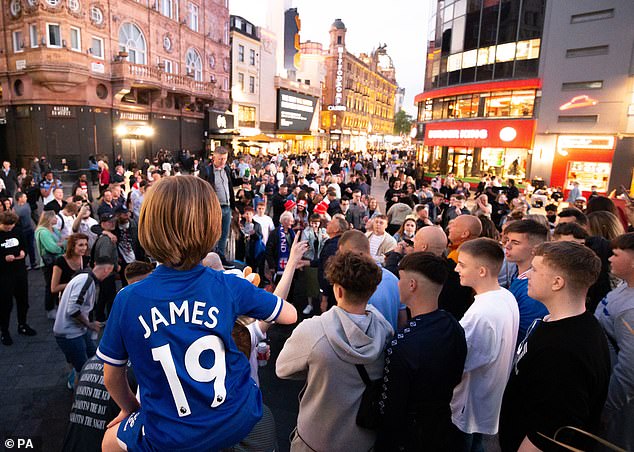 Not since a Nations League loss to Portugal in September 2018 have Italy tasted defeat and they are now just two games away from equalling the best unbeaten run – 35 matches for Spain and Brazil – and will hope a second European Championship crown will move them a step closer.

Speaking on Friday, Gareth Southgate told his players it is now time to choose what colour medal they want around their neck when they head back to the Wembley dressing rooms on Sunday night.

The performances of Raheem Sterling – arguably in line to be named player of the tournament – have gone a long way to England reaching the final.

If the Manchester City winger can put in another eye-catching display, gold could well be the colour of choice for Sterling and his team-mates.