As his family prepared to bury the mother who never got to cradle him, a baby cut from her womb in a heinous Chicago homicide has opened his eyes while in his father’s arms, a family spokesman said Tuesday.

In critical condition and on life support, the newborn infant of murdered 19-year-old Marlen Ochoa-Lopez is defying the long odds doctors initially gave him for survival.

“He has opened his eyes,” Julie Contreras, a spokeswoman for Ochoa-Lopez’s grieving family, told ABC News on Tuesday. “He seems to be a fighter.” 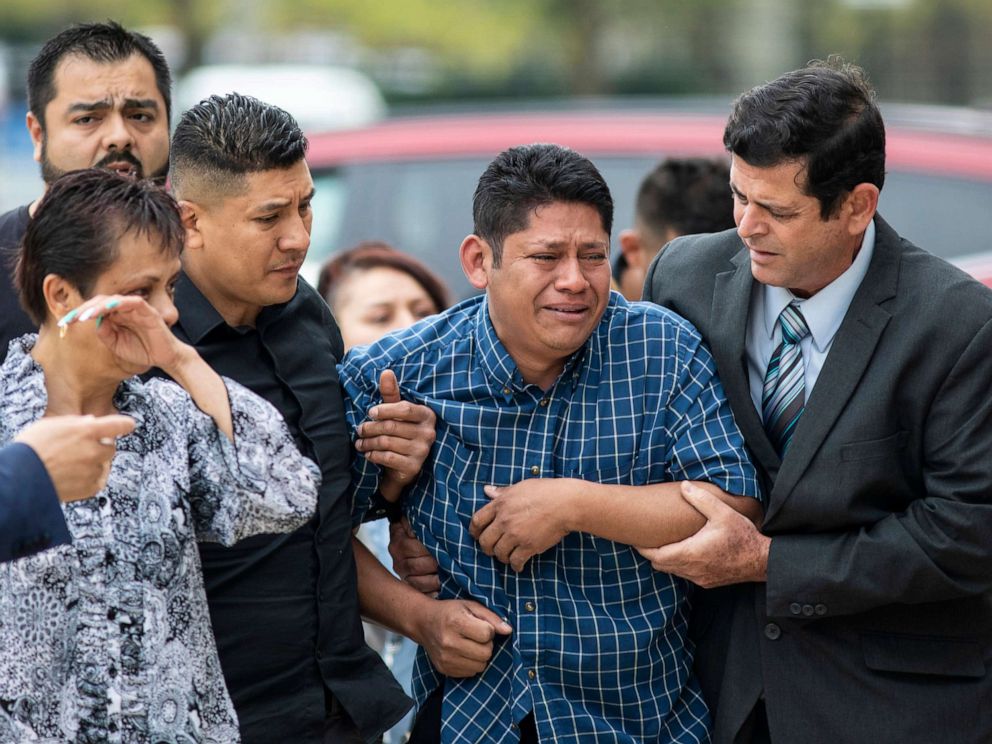 She said the baby, named Giovanni Yadeil Lopez, first opened his eyes on Sunday while receiving a visit from his father, Giovanni Lopez, and his 3-year-old brother, Contreras said.

She said the baby opened his eyes again on Monday as his father cradled him, she said.

“He opened his eyes when his daddy held him and his daddy was cooing him. He was telling him, ‘My precious, beautiful, handsome little boy. My handsome little prince. I love you. Your dad loves you,'” said Contreras.

But Contreras said doctors at Advocate Christ Medical Center in Oak Lawn are not ready to say if the baby, who police initially said had zero brain activity, will survive. His family, she says, has not given up hope. 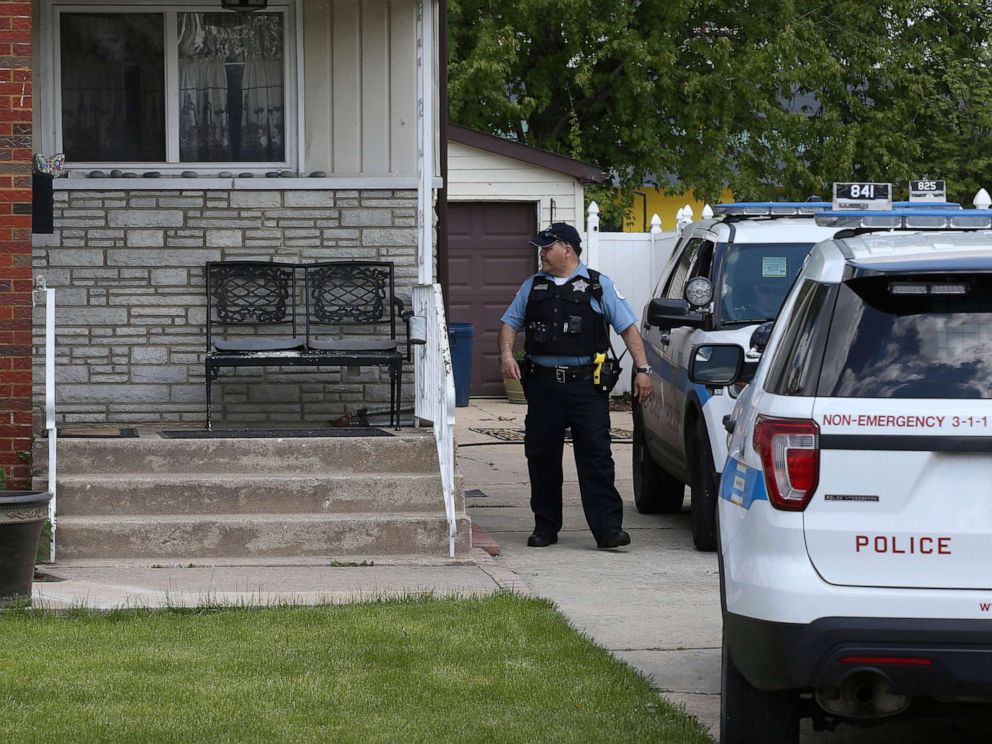 “There’s been no talk of disconnecting him from life support,” Contreras said.

Police said Ochoa-Lopez, who was nine months pregnant, was killed on April 23 when she was lured to the Chicago home of Clarisa Figueroa, 46, a woman she met on a Facebook page called “Help a Mother Out.” Police said Figueroa promised Ochoa-Lopez free baby clothes.

When Ochoa-Lopez arrived at the home, Figueroa allegedly strangled her with a cable while her daughter, Desiree Figueroa, 24, allegedly distracted her with a photo album, authorities said.

The baby was then cut from Ochoa-Lopez’s body, prosecutors said. 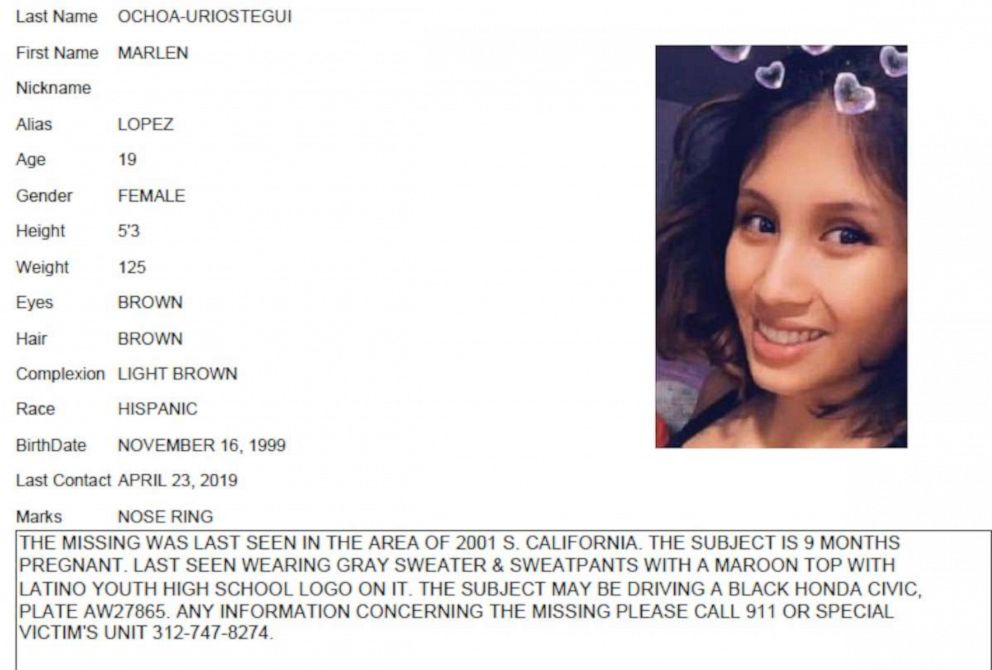 Following Ochoa-Lopez’s murder, Clarisa Figueroa took the baby to Advocate Christ Medical Center, where it was admitted to the neonatal intensive care unit, prosecutors said. Clarisa Figueroa then allegedly formed a GoFundMe page in an effort to raise money for the baby, who she was passing off as her own.

Both Clarisa and Desiree Figueroa have been charged with murder. Clarisa Figueroa’s 40-year-old boyfriend, Piotr Bobak, was arrested and charged with helping to cover up the alleged crime.

Ochoa-Lopez family reported her missing on the day she went to Figueroa’s home, but her body wasn’t discovered until May 14, when police executed a search warrant at the suspects’ residence.

“What Ms. Figueroa is accused of is nothing short of barbarism,” Anthony Guglielmi, spokesman for the Chicago Police Department, told ABC News on Tuesday. “She’s a coward who preyed on this young woman and certainly took a life and severely impacted the life of someone who wasn’t even given a chance.”

According to the Illinois Department of Children and Family Services, the hospital contacted the agency on May 9, more than two weeks after Figueroa first checked into the hospital with the newborn, ABC station WSL-TV in Chicago reported Tuesday.

Both Oak Lawn Police and Chicago police said they were never contacted by hospital staff and do not know the hospital’s policy on such matters.

Contreras told ABC News that she and Ochoa-Lopez’s family met with administrators at Advocate Christ Medical Center on Monday to demand answers on why the hospital didn’t contact authorities earlier.

“We did discuss protocols and procedures, wanting to know what those were when it comes to any woman that arrives that has given birth in a home,” Contreras told ABC News. “But all those legal questions actually were secondary and will be answered in another meeting and time and place because our focus was baby Giovanni to make sure that he’s receiving the utmost proper care.”

Hospital officials declined to comment on the delay in notifying the Department of Children and Family Services.

“Our thoughts and prayers continue to be with the Ochoa-Lopez family. Our clinical team is committed to meeting regularly with patients and families to ensure there is open dialogue about treatment paths. Out of respect for the family’s privacy, we are unable to comment on the specific content covered during our time together,” the hospital said in a statement.

Ochoa-Lopez’s funeral is scheduled for Saturday at the Mount Auburn Funeral Home in the Chicago suburb of Stickney.