THIS is the heartbreaking video of a baby elephant reportedly collapsing from exhaustion as his mum is forced to give rides to tourists in Thailand.

The calf, believed to about a year old, was attached to its mother with a rope around its neck in Pattaya last week. 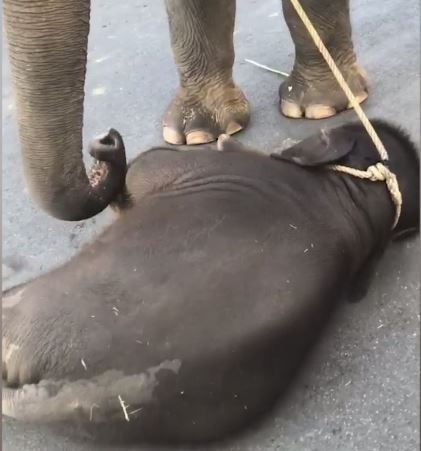 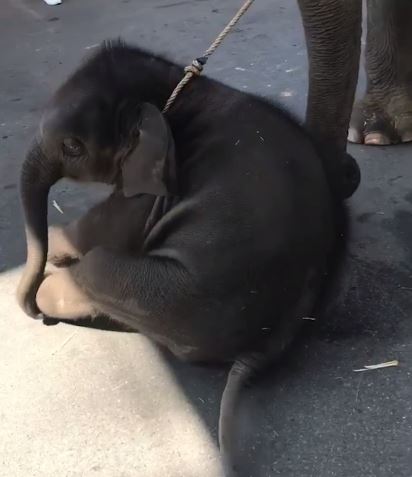 In the footage he can be seen struggling to stand back up as onlookers can be heard saying “oh no he’s tired”.

The baby rolls on the ground as the mercury tipped 40C before standing up and scampering away to keep up with the adult leading the elephant herd at the Nong Nooch Tropical Gardens.

A concerned tourist filmed the distressing scene and said the baby elephant appeared exhausted after walking around in the heat.

She refused to be named but said: “There are many more baby elephants tied with their mother walking around with tourists at their backs enjoying under the heat of the sun while these elephants are suffering.

“This one baby elephant was so exhausted, and you can see the mother comforting and encouraging her to stand.”

The tourist is a Filipino migrant worker in Thailand’s neighbouring country Myanmar where she is a teacher.

She was on holiday with friends when she filmed the troubling footage.

A spokesman for the Nong Nooch Tropical Gardens today denied the elephant was tired or being mistreated.

They said: "All of the elephants are healthy and treated very well.

"If there is a problem they are treated by vets. All of the babies here are healthy."

Earlier this month a baby elephant nicknamed Dumbo died at a show in Phuket.

He was skeletal his back legs snapped while performing.

The tragedies come as Botswana lifted its previous ban on elephant hunting today.

The ban was imposed in 2014 and was lifted citing farmers struggling to keep elephants from destroying their crops.

Botswana has the world’s largest population of elephants – some 130,000. 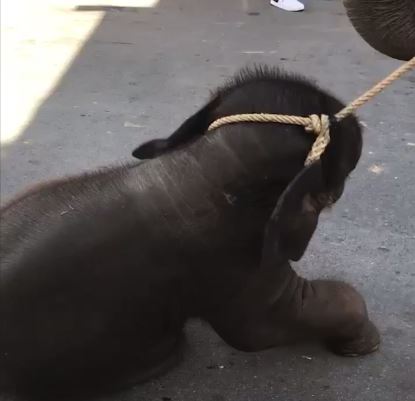 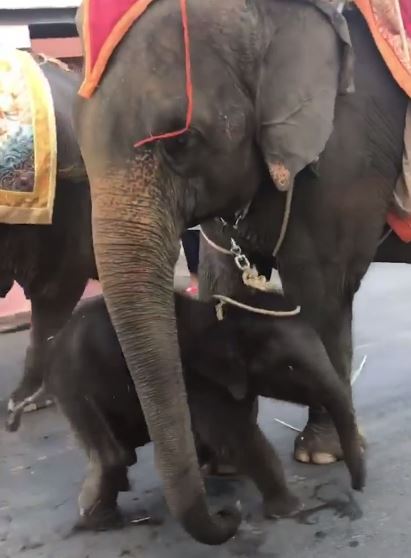 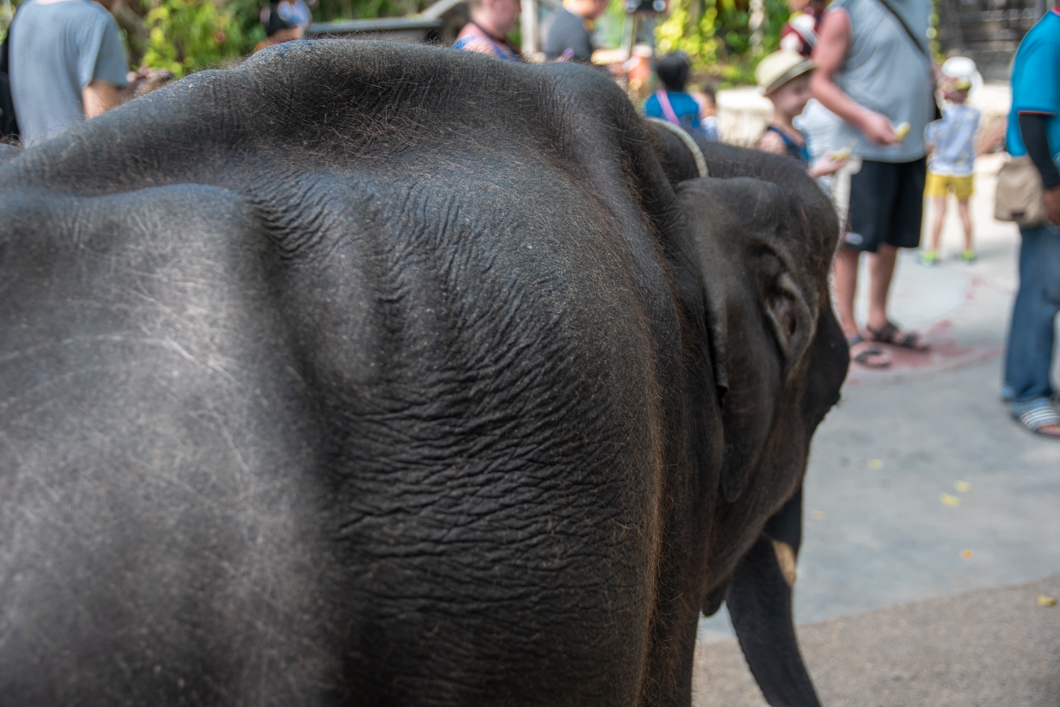 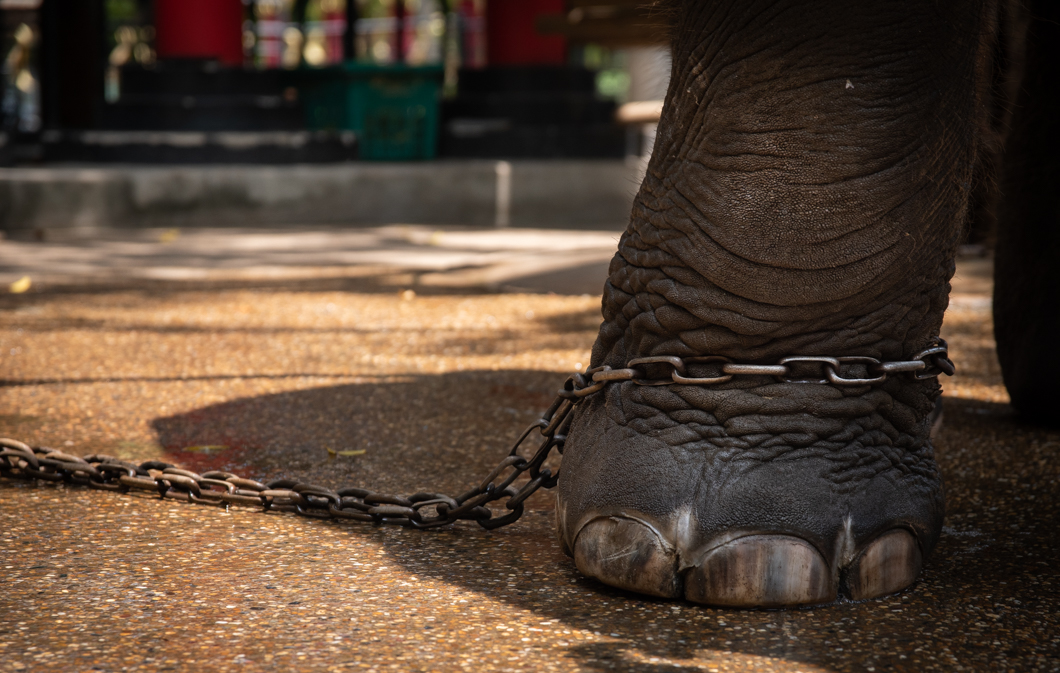 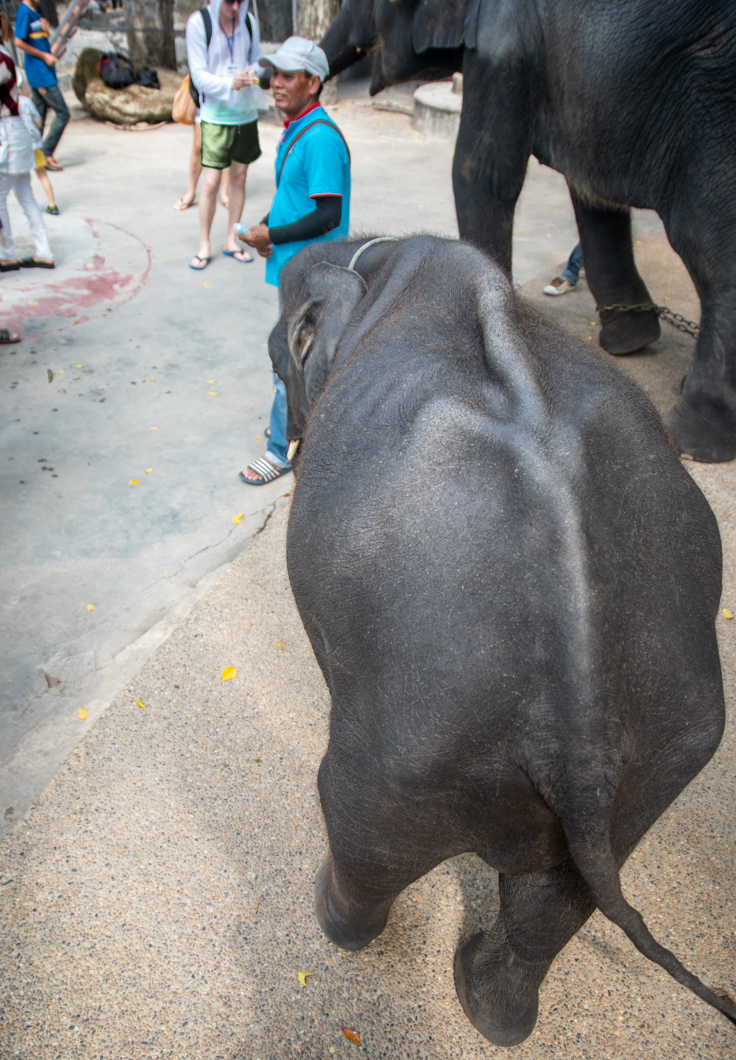