Denpasar/Singapore: Bali bomb maker Umar Patek has met in prison with the widow of one of the victims of the 2002 terror attack on the island, crying and begging for forgiveness as the Indonesian government decides whether to free him after serving little more than half of his 20-year sentence.

Patek became eligible for parole last month after a series of reductions in his term that have angered Australian families and friends of victims of the bombings and survivors and triggered objections from the Albanese government. 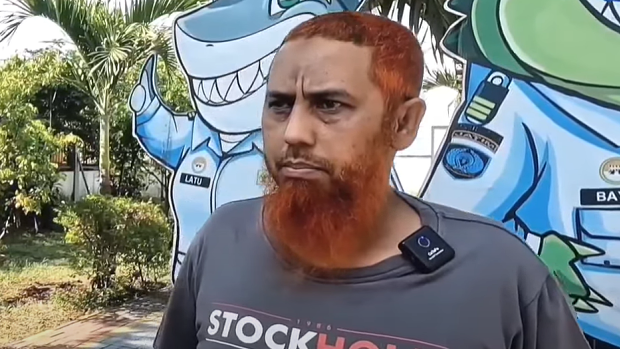 An image of Umar Patek from a video filmed by the prison last month.Credit:Lapassurabaya

Indonesian police’s anti-terror squad and the country’s counter-terrorism agency have endorsed his early release, but he remains in Porong prison in East Java, awaiting final sign-off from the Indonesian ministry for law and human rights.

The sensitivity around Patek’s pending freedom has been heightened by the approaching 20th anniversary on October 12 of the blasts at the Sari Club and Paddy’s bar in Kuta which killed 202 people including 88 Australians.

Now, as Jakarta weighs up whether to let the former Jemaah Islamiyah militant out of jail, he has pleaded his case directly with a relative of one of the victims.

Balinese woman Ni Luh Erniati, who leads the Indonesian foundation for survivors of the attack and whose late husband I Gede Badrawan was the head waiter at the Sari Club, was invited to meet with Patek and other terrorism inmates at the prison last week. 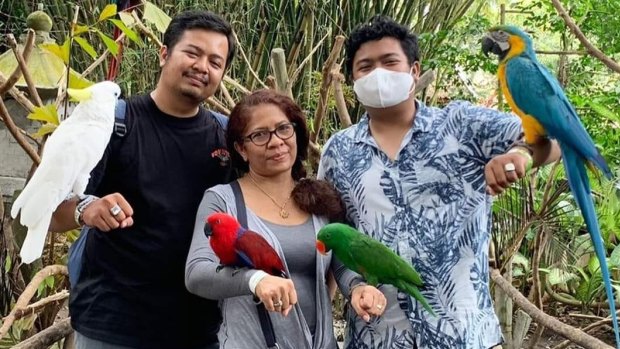 She said the explosives expert, who admitted mixing the chemicals used in the bombs, broke down during her visit, kneeling with his head on her feet and vowing he would not return to terrorism.

“He started the conversation by saying he swears to his God that what he is saying now is the truth. That he repented, [saying] that he regretted his action, that he is very sorry,” said Erniati, who was accompanied by a former security guard at the Sari Club who survived the car bomb that tore the busy nightspot apart.

“All the while he mostly looked down, barely looking us in the eyes. He talked about how he feels, how he promised that he will never repeat what he had done, that he will help the government with their [deradicalisation] programs.

“He apologised and he cried so badly while apologising … he went down on his knees right in front of my feet and refused to stand up. He kept apologising. He said his mistake is unforgivable. He continued to beg for forgiveness.”

Erniati has previously been active in Indonesian government-sponsored efforts at reconciliation between convicted terrorists and victims and even became friends with the brother of Bali bombers Amrozi, Mukhlas and Ali Imron.

She told Patek she forgave him, but she said she did not know how to feel about him being released after less than 12 years.

“I asked him why he wants to be released,” she said. “He said that he can do much more from the outside, that he can guide people on the outside [towards] the right ways. He believes he can turn people back, those who have been contaminated [with radical thinking].

“I support the deradicalisation effort by the government, and for that, I should support his release back to the community. But I fully understand how other people feel, my Australian friends, why they are upset about the early release.”

“I leave it to the legal process. If it’s his time to be released [on parole] then it’s his right.“

Patek was captured in 2011 in Abbottabad, four months before al-Qaeda leader Osama bin Laden was killed in a compound in the same city in Pakistan during a raid by United States Navy SEALS. He was found guilty of premeditated mass murder over the Bali bombings in 2012 and handed a 20-year sentence.

It has been periodically trimmed for good behaviour after Patek denounced his extremist past and pledged allegiance to the Indonesian state, which promotes moderate Islam.

He was since been held up by the prison where he has been held as a model of the country’s deradicalisation efforts but survivors in Indonesia, as in Australia, have also been upset at the prospect of him being released.

“I’m not happy about what they’re doing in thinking about letting Umar Patek out of jail,” said Bali woman Thiolina Ferawati Marpaung, who was left with permanent eye damage in the 2002 attack.

“How about the victims? And the kids of the Bali bombing who don’t have their mums and dads?

“I want the government to reject it. I don’t want him to have this freedom yet.”