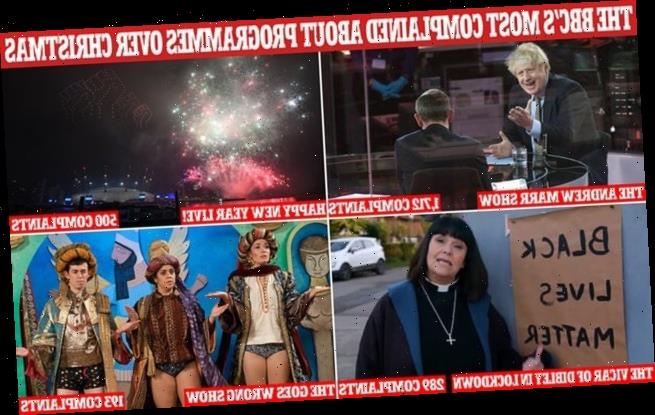 The broadcaster received a total of 7,382 complaints about shows over the Christmas period, with more than a third of these made about just four programmes.

The most controversial programme was The Andrew Marr Show last Sunday with 1,712 complaints, mostly over a perceived bias against Prime Minister Boris Johnson.

Happy New Year Live! was second, while a pre-Christmas episode of The Vicar of Dibley was in third place with 289 complaints, again focused on its reference to BLM.

Meanwhile there were 193 complaints about The Goes Wrong Show Nativity special with most viewers worried about humour perceived as being offensive to Christians. 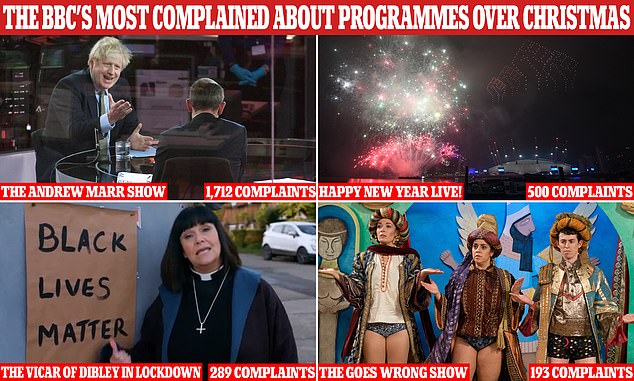 In fifth place was Chiles on Friday on Radio 5 Live on New Year’s Day, with 103 complaints, mostly about an interviewee’s claim about rising hospital admissions of children and young people with Covid-19 ‘not being sufficiently challenged’.

Here are the Christmas complaints figures the BBC has received about programmes, as far back as its records go for fortnightly round-ups:

Data previous to 2017 is also available from the broadcaster’s Executive Complaints Unit but is collated by calendar month, so is not comparable.

Some 10.8million viewers watched the fireworks show on BBC One to bring in 2021 which saw drones used to create the clenched-fist symbol in the sky.

The BBC said the majority of viewers who complained about the Happy New Year Live! programme were ‘unhappy’ that it referenced the anti-racism protests.

The symbol became linked with BLM amid worldwide protests which followed the death of black man George Floyd in police custody in Minnesota last May.

The fireworks display also included tributes to the NHS for their work during the coronavirus pandemic and notable figures from the year of Covid-19.

These included 100-year-old war veteran Captain Tom Moore whose charity walk in his garden raised £33million for the NHS Charities Together organisation.

Sadiq Khan spent up to £1.5million of public money on the firework and drone display on the River Thames that was arranged in secret with Scotland Yard and narrated by Sir David Attenborough.

Labour’s Mayor of London kept the taxpayer-funded event a mystery to avoid crowds gathering during the pandemic at Greenwich where rockets were fired from a barge in the river and 300 drones flew above the O2 in South East London. 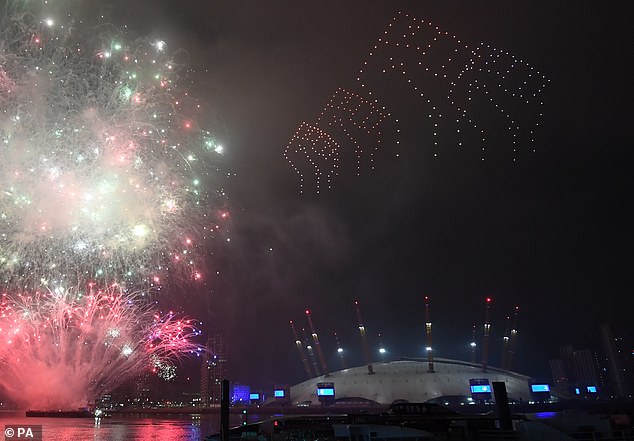 Locked-down Britons tuned in for the display, which City Hall said had a £1.5million budget with Mr Khan having the ‘final sign off on the content of the display’.

But many viewers were outraged and said the show was ‘ruined by politics’ after bridges were turned blue and yellow in a tribute to the EU as the UK finally left.

It also saw 300 drones make various shapes including a turtle with Africa on its shell during a climate change lecture by Sir David – but ended with no Auld Lang Syne.

The complaints data on the shows emerged as the ECU, which is the BBC’s internal regulator, released its latest fortnightly report, covering the festive period. 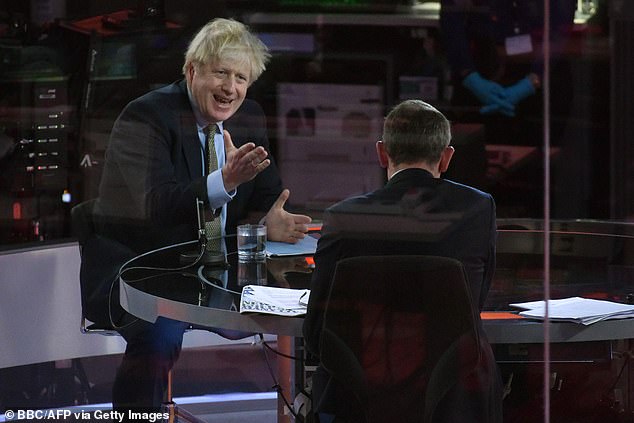 The most controversial programme was The Andrew Marr Show last Sunday with 1,712 complaints, mostly about a perceived bias against Prime Minister Boris Johnson

The review revealed the BBC had also received 289 complaints about a pre-Christmas episode of The Vicar of Dibley, again focused on a reference to BLM.

Dawn French’s Reverend Geraldine Granger took the knee and delivered a sermon about the anti-racism movement in a lockdown special of the popular comedy.

A BBC response said the programme saw Geraldine share ‘her take on some of the key stories of 2020 with her congregation, including clapping for the NHS, lockdown and school exams being cancelled’.

It added: ‘Like many others have done this year, she also reflected on the death of George Floyd and the Black Lives Matter movement. 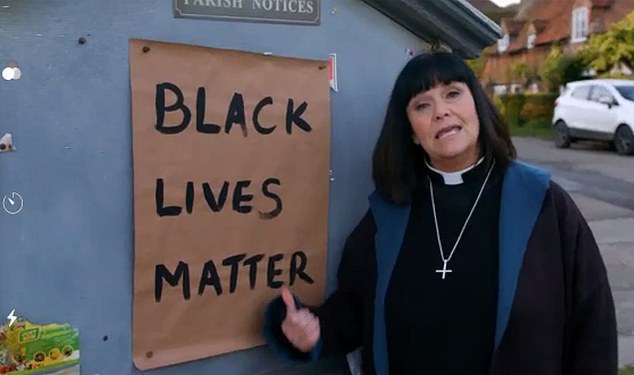 The BBC had 289 complaints on a pre-Christmas episode of The Vicar of Dibley featuring Dawn French’s Reverend Geraldine Granger, again focused on a reference to Black Lives Matter

‘We believe this was in keeping with the character and the theme of the show.’

The Goes Wrong Show follows the fictional Cornley Polytechnic Drama Society as they attempt to put on a variety of plays, always with disastrous and comedic results.

The BBC said the Christmas special saw the troupe perform the Nativity, ‘with the usual technical hiccups and blunders that viewers of the programme would expect’.

It added: ‘While it’s never our intention to offend or upset our viewers with what we show, it is perhaps inevitable that some aspects of our programmes will occasionally strike some in our audience as inappropriate. 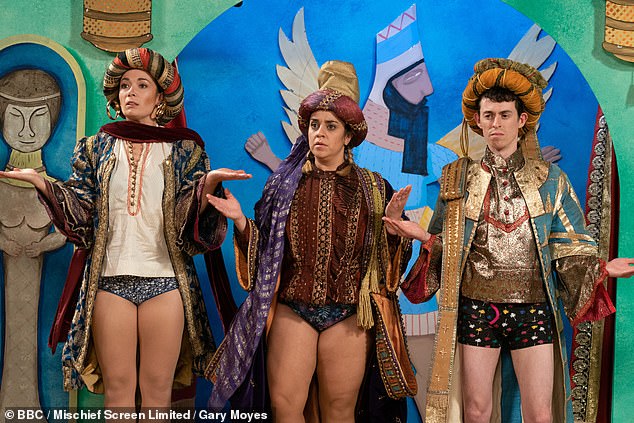 ‘This is especially so within comedy; one of the most subjective areas of programming.

‘Our Editorial Guidelines uphold the right to freedom of expression and the right of programme-makers to include material which some members of the audience may find inappropriate or offensive.

‘However, we are always very conscious of how jokes might resonate with those with direct experience of the subjects we cover, and we never set out to mock or undermine their beliefs and experiences.’

Responses have not yet been issued for Chiles on Friday, Happy New Year Live! and The Andrew Marr Show. MailOnline has contacted the BBC for comment today.