New York: Most people hope never to lay eyes on a bedbug. But one team of researchers spent 15 years scouring guano-filled caves, cliffside nests and museum archives for bedbug specimens that might clarify the murky natural history of this globally loathed parasite.

The team's findings, published this week in Current Biology, confirmed that bedbugs originated at least 100 million years ago, when dinosaurs roamed Earth. The discovery upends the established timeline of bedbug evolution and could help to anticipate the pest's next moves in an era of climate change and expansive human activity. 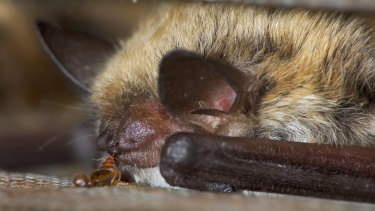 Bats were thought to be the first hosts of bedbugs, but new research shows that the parasites evolved about 50 million years earlier than bats.

The research team also found that the main varieties of bedbugs linked to humans evolved some 47 million years ago. Because they are tens of millions of years older than humans, their origins must not be linked to the emergence of Homo sapiens, as past studies have suggested.

To reconstruct the complex evolutionary story of bedbugs — a family of insects known as Cimicidae — the team analysed the DNA of 34 species, sourced from 62 locations.

In addition to requesting specimens from hundreds of researchers, the study's authors personally collected bedbugs from around the world. The team braved knee-deep piles of bat feces in Texas, donning masks when carbon dioxide concentrations became too high. In one Kenyan cave, they took care to avoid contamination from the deadly Marburg virus, which can be transmitted to humans from fruit bats.

"The caves are always a bit of an adventure," said Klaus Reinhardt, a bedbug expert at Dresden University in Germany and one of the leaders of the study.

Insights about bedbugs emerged from other surprising sources, such as Hopi folklore. "They have quite a strong cultural heritage relating to bedbugs," especially with one species that infests eagles and other birds, Reinhardt said. "The Hopi must have had a lot of contact with this bug, otherwise they wouldn't have several stories about it."

The team's efforts, which began in 2002, have culminated in a sprawling Cimicidae family tree with roots deep in the Cretaceous period. Their data corroborate fossil evidence of a bedbug ancestor, Quasicimex eilapinastes, preserved in 100-million-year-old amber, which was first identified by Michael Engel, a University of Kansas entomologist, in 2008. 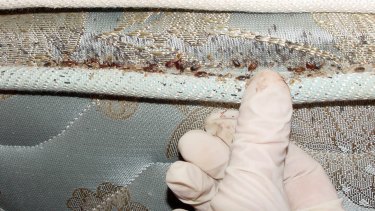 "The fossil was the first direct evidence that the family Cimicidae predated the origin of bats," said Engel, who was not involved in the new study.

Bats were long presumed to have been the first hosts for bedbugs. It's now clear that the parasites were sustained through the age of dinosaurs by more ancient animals. But the identity of the earlier host, or hosts, remains a tantalising mystery, as fossil evidence is scarce, Reinhardt said.

Beyond this glimpse into the distant past of bedbugs, the team outlined how the pests seized on parasitic opportunities that eventually landed them in our beds.

Whereas most bedbugs specialise on one host species, the lineages linked to humans are generalists that seek new hosts while maintaining the ability to switch back to old favourites. As plagued as humans are by bedbugs, we are a side gig for them. That fact could prove useful in forecasting which creatures could be next to colonise our homes, beds and bodies.

"To make a prediction about the next species that hops onto humans, we would have to look into species that were originally specialists, but then started to expand their host portfolio," Reinhardt said.

Such predictions could help prevent or contain new bedbug outbreaks in an era of climate change and increased international mobility.

Wild animals are migrating beyond their ranges in response to rising global temperatures, while domestic animals are traded and shipped to new locations and ecosystems. If these animals carry other bedbug species, the pests "will suddenly meet animals they have never seen before," Reinhardt said.

So sleep tight, and accept that bedbugs will continue to bite. They've been sucking blood since T. rex and triceratops roamed the planet, and they won't give up the habit anytime soon.