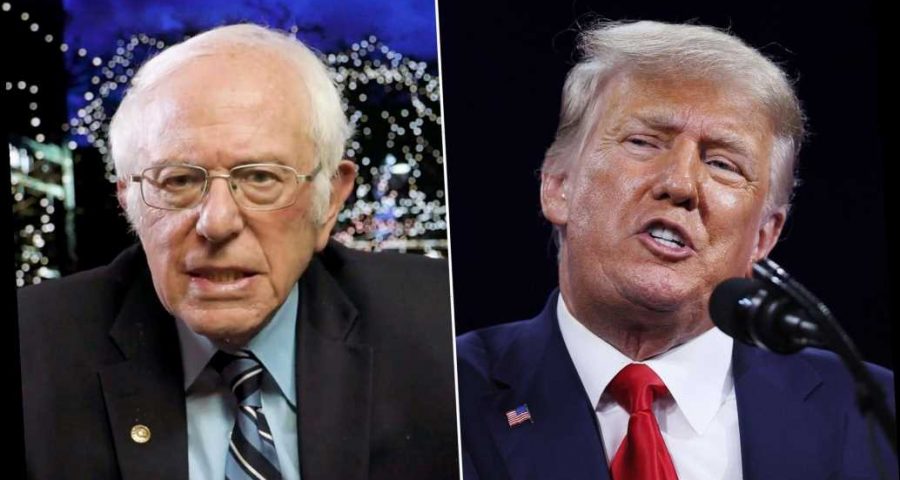 Trump coy about social media comeback, says Twitter did him ‘a favor’

Jack Dorsey’s first tweet sells for $2.9 million as an NFT

Senator Bernie Sanders said recently that he’s not “comfortable” with former President Trump’s Twitter ban, arguing it could lead suppression of users across the political spectrum.

The Vermont Independent found common ground with many Republicans who accused the social media network of left-leaning bias and political censorship after they banned Trump in the wake of the Jan. 6 attack US Capitol riot.

Sanders made the comments to New York Times columnist Ezra Klein Tuesday, after Trump aides announced the former president would soon return to social media with his own platform.

“Look, you have a racist, sexist, xenophobe, pathological liar, an authoritarian, somebody who doesn’t believe in the rule of law. This is a bad news guy,” Sanders said. “But if you’re asking me do I feel particularly comfortable that the then-president of the United States could not express his views on Twitter? I don’t feel comfortable about that.”

Sanders said Twitter should not be used “for authoritarian purposes and insurrection,” but added, “tomorrow it could be somebody else [getting banned] who has a very different point of view.”

Twitter kicked Trump off the platform on Jan. 8, writing at the time: “After close review of recent Tweets from the @realDonaldTrump account and the context around them — specifically how they are being received and interpreted on and off Twitter — we have permanently suspended the account due to the risk of further incitement of violence.”

On Sunday, Trump aide Jason Miller said that Trump will be back on his own social media platform in “two or three months.”

“It’s going to completely redefine the game, and everybody is going to be waiting and watching to see what exactly President Trump does, but it will be his own platform,” Miller told Fox News.