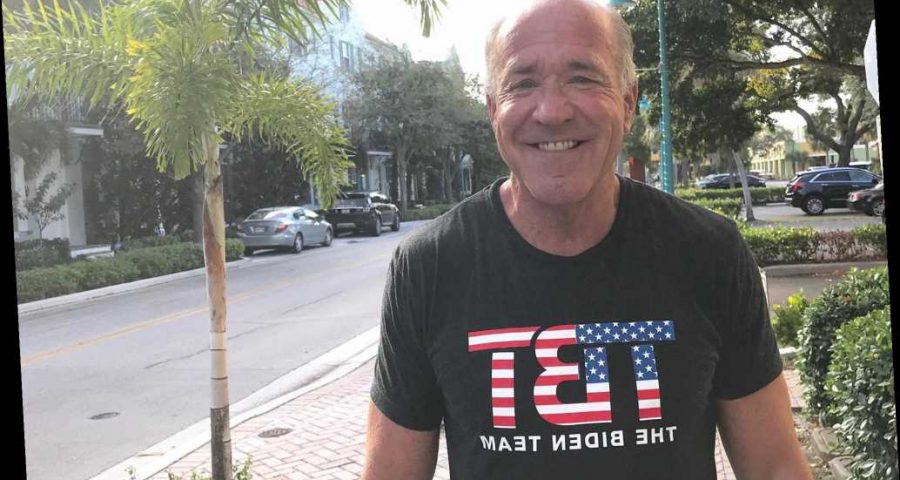 Impeaching Trump gets more divisive by the minute: Goodwin

Dems want to bring down anyone who ever backed Trump: Goodwin

They can’t quit the grift. No sooner had Joe Biden won the White House than his family went back to trying to make a buck off his name.

“The two Biden brothers have long held a commitment to pushing environmental issues to the forefront,” says the ad. “The president-elect has vowed to rejoin the Paris Agreement and wants to set ambitious greenhouse gas reduction targets.”

The ad, first reported by CNBC, appeared in the Daily Business Review and carried a picture of Frank Biden and quotes him saying, “My brother is a model for how to go about doing this work.”

How touching. And shameless.

After the enormous political trouble Hunter Biden’s shady business ties caused during the campaign, Frank’s bid to piggy-back on Joe’s election sounds especially reckless. But here’s another way to look at it.

Biden family members are oblivious to conflicts and criticism because they’ve been swimming in swamp corruption for decades. The two brothers, Frank and Jim, and Hunter have made millions and millions based on selling the perception of access to Joe’s power.

Having gotten rich and gotten away with it, why quit now? Joe is no longer one of 100 senators or just the vice president. Now he’s the “big guy.” Ka-ching!

A corresponding myth the Bidens sell is that Joe, like Sgt. Schultz, knows nothing. Ignorance is hardly a virtue given the circumstance, but with most media giving him a pass, Joe’s never paid a price.

As a candidate for president, he insisted he never discussed Hunter Biden’s vast foreign businesses with him. Yet Hunter flew to China with him on Air Force 2 in 2013 and returned with a $1.5 billion investment from a bank controlled by the Communist Party.

Even more galling, when Hunter abandoned his laptop at a repair shop and The Post published e-mails and photos from it showing how the son had been reaping a king’s ransom from autocrats, oligarchs and various thugs, Joe called the whole thing “Russian disinformation.”

He was the one spreading disinformation, though most Americans didn’t know it because Big Media ignored the story and Big Tech blocked The Post’s accounts. Still, we know Joe knew the truth because the laptop contained an email from an adviser to the corrupt Ukrainian energy company Burisma, thanking Hunter for arranging a meeting with Joe. Burisma, recall, paid Hunter more than $4 million for sitting on its board despite his knowing nothing about Ukraine or energy while Joe was vice president.

Nice work if you can get it.

Any remaining doubts about Joe’s knowledge were erased by Tony Bobulinski. The former college wrestler and decorated naval officer went public about Hunter’s work with a Chinese firm and said he had two meetings with Joe Biden in 2017.

As Bobulinski told me, Joe knew everything about the deal in the works, which, if true, supports his claim that our new president was to get a secret 10 percent cut. Bobulinski also said Hunter often referred to his father as the “big guy.”

As they parted, Joe Biden told him to “look out for my family,” Bobulinski recalled.

To this day, none of the Bidens has denied Bobulinski’s claims, which he also made to the FBI. Agents have the wayward laptop and Hunter admits he is the subject of a criminal tax probe.

As for Frank Biden’s newspaper ad on Inauguration Day, it wasn’t the first time he used his brother to boost the lawsuit. In June of 2019, the Berman firm announced its suit against the growers on the same day that Joe announced his campaign’s environmental plan, according to floridapolitics.com.

Pressed by a reporter about whether there was any coordination with the campaign, Frank Biden reportedly answered: “There was absolutely no coordination. It was serendipitous that Joe’s environmental policy came out today.”

Confident the media will continue to protect a Democratic president, a Biden aide answered a Politico query on the Florida ad with mush that suggests the First Family of Grifters has no intention of going out of business.

“It is this White House’s policy that the president’s name should not be used in connection with any commercial activities to suggest, or in any way that could reasonably understood to imply, his endorsement or support.”

In other words, Ka-ching!

How much damage has Gov. Cuomo suffered from the revelation that he hid and manipulated nursing home deaths? Even CNN blasted him.

When your name is Cuomo and you’ve lost CNN, it’s bad. Very bad.

Lots of people were instrumental in breaking open the dirty secrets, but three women were key.

Attorney General Letitia James, a Cuomo ally, didn’t blanket the airwaves as she did when Donald Trump and the NRA were her targets, but her report nonetheless pierced Cuomo’s con. Her finding that tallies undercounted nursing home deaths by some 55 percent is a defining moment in the governor’s career.

Janice Dean can claim unique vindication because she was the most prominent and persistent family member to push for the truth. The Fox meteorologist, who lost both of her in-laws to COVID in nursing homes, became the face of grief.

Trying to silence her, Cuomo’s team foolishly fired off insults, which added fuel to her determination. She’s being courted by the GOP to run against Cuomo next year.

Arlene Mullin is less well known than James and Dean, but the retired Long Island educator’s role was crucial because she was the first person to sound the alarm about the infamous March 25th order forcing unprepared nursing homes to accept COVID-infected patients.

Soon after her mother died in a home of the virus on April 6, Mullin learned of the order and scoured state Web sites until she found it. She wrote to The Post about the bizarre requirements and on April 20, Albany reporter Bernadette Hogan asked Cuomo at a press conference about the order.

The governor said he didn’t know anything about it, yet was soon attacking The Post and others for criticizing the catastrophe it was causing. He also kept the order in place for another 20 days before effectively rescinding it while still claiming it “worked.”

It worked only if the aim was to kill thousands of helpless senior citizens. That’s what it did and now, thanks especially to these three women, the truth can no longer be denied.

Big scoop from The Washington Post shows post-Trump journalism at its finest:

“Who pours the kibble? And other answers about daily life for dogs in the White House.”