Joe Biden was not tested for COVID-19 on Saturday, and will not be tested until Sunday, he has said.

The 77-year-old is considered at high risk if he contracts the virus, given his age, and was with Donald Trump four days ago at the presidential debate in Cleveland. Trump has since tested positive for the virus and is in hospital.

On Saturday morning Biden was at Mass inside a church in downtown Wilmington, Delaware – his hometown.

As he left the church, he was asked whether he had been tested today.

He then got into his motorcade without answering other shouted questions. 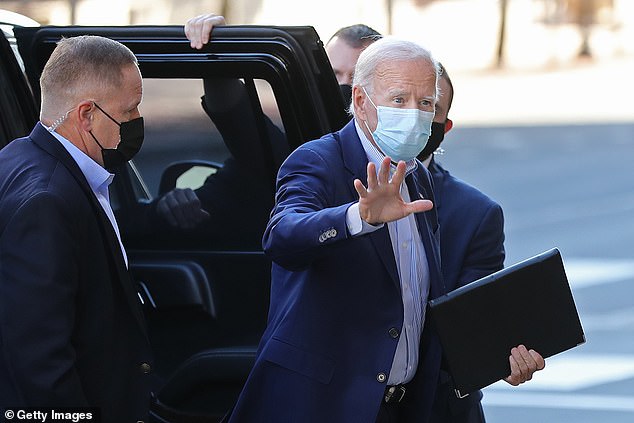 Joe Biden on Saturday attended Mass in Wilmington, and said he had not had a COVID test 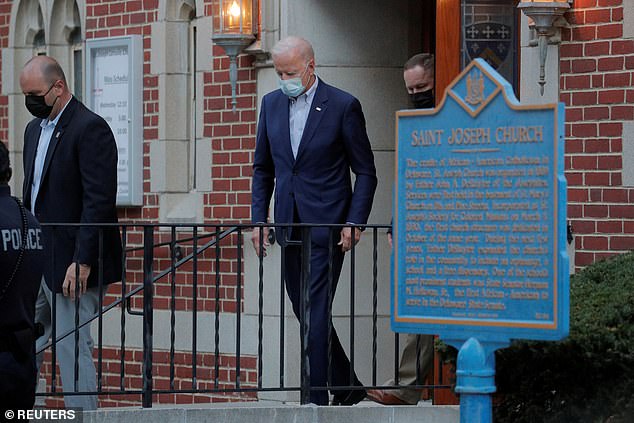 Biden, pictured leaving the church on Saturday, was last tested for coronavirus on Friday 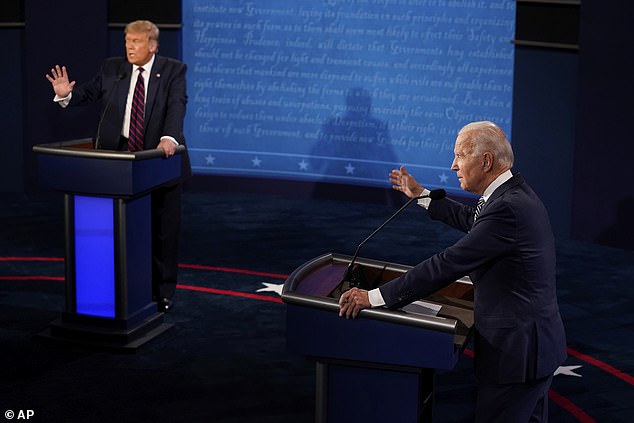 Four days ago, on Tuesday, Trump – who has tested positive – was in close proximity to Biden

Biden is continuing to campaign, despite the scare with the Trump campaign.

They have, however, taken down the personal attack ads.

On Monday the former vice president is scheduled to travel to Florida with his wife Jill.

On Friday, when news of Trump’s diagnosis was confirmed, Biden gave a message of unity, declaring in his speech from Grand Rapids that this cannot be a ‘partisan moment’.

Americans, he said, must ‘come together as a nation’.

Biden offered sympathy to Trump following his COVID-19 diagnosis saying: ‘Jill and I send our thoughts to President Trump and First Lady Melania Trump for a swift recovery. We will continue to pray for the health and safety of the president and his family.’

Biden has taken a low-key approach in his in-person campaigning, hosting small, socially distanced events while adhering to state and local public health recommendations regarding masks.

Trump has repeatedly mocked him for being ‘stuck in his basement’ as he shunned mass rallies. 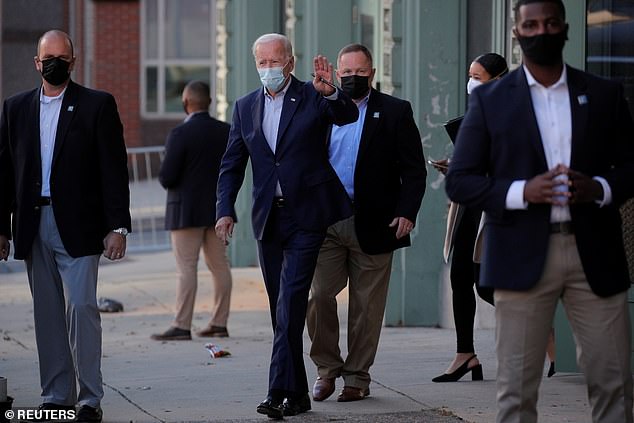 Biden, photographed leaving the church on Saturday, has been mocked for wearing a mask

Biden only recently began in-person canvassing, after hosting mostly virtual events due to the pandemic.

Trump on the other hand continued to hold controversial large in-person rallies where attendees were seen packed together and going mask-less.

Biden’s in-person campaign comes at a crucial time in the presidential race, just weeks away from the election.

Earlier this week he ramped up his trail with a seven-stop train tour of Ohio and Pennsylvania.

Next week, in addition to the Florida visit, he has his first campaign event in Arizona.