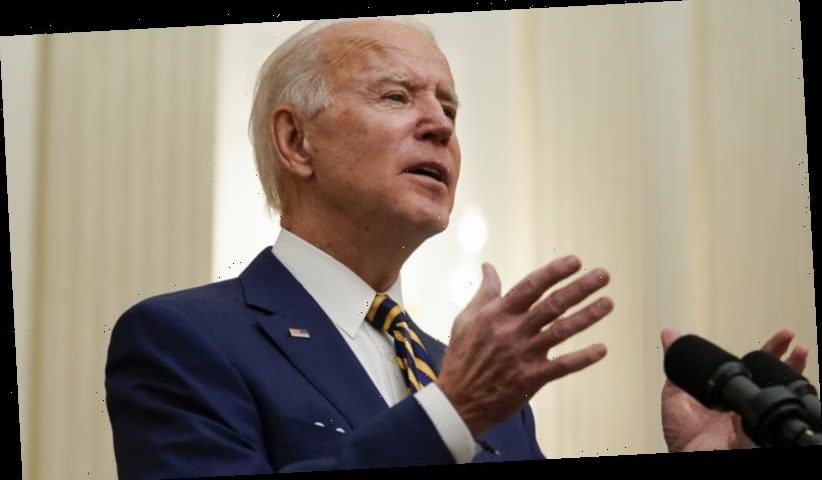 The most challenging set of policy issues that confront the Biden administration, and the one of most consequence to Australia, is how the US deals with China.

The Trump administration’s scattergun approach, with its trade wars and blizzard of sanctions, failed. It damaged the US, undermined its traditional alliances and weakened the US-led multilateral institutions that could have helped contain an increasingly assertive and belligerent China.

Nevertheless, while Trump’s policies might have been incoherent and their objectives confused, they highlighted China’s emerging threat to US supremacy and gave a sharper edge to discussions about the nature of its centrist economic model and the tactics it has employed, and is employing, to erode America’s economic, geopolitical and military strengths. 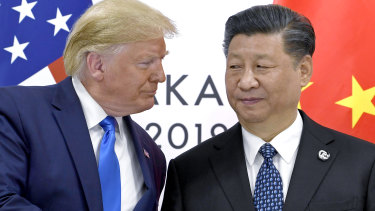 US President Donald Trump with Chinese President Xi Jinping in 2019. The Trump administration’s scattergun approach to China, with its trade wars and blizzard of sanctions, failed.Credit:AP

There will be no return to America’s past approach to China, built on a very western view that globalisation and economic liberalism would generate inexorable pressures for political freedoms and the eventual transformation of China into something more closely resembling the other major economies and societies in Asia. The advent of the Xi Jinping era ended that prospect.

Equally, Biden will need to devise a different and more measured policy – indeed a set of policies – to replace those it has inherited.

The combination of the Trump administration’s unilateralist approach to international issues and its increasingly frenzied efforts to curtail China’s capacity to challenge the US – which ranged from tariffs, to bans on technology companies, to sanctions on companies and individuals to efforts to close off China’s access to US capital – has, if anything, accelerated and enhanced China’s efforts to contest America’s economic, technology and geopolitical leadership.

Biden and members of his administration are making it clear that they will continue to be tough on China, pushing back against its efforts to challenge the US and continuing to condemn its treatment of the Uighurs in Xinjiang province and other human rights abuses while developing a more strategic and coherent set of policies.

While Biden has said the $US360 billion-plus ($467 billion) of tariffs on China’s exports to the US will remain in place while the new administration develops its approach, those tariffs – which produced no meaningful benefit and some significant self-inflicted damage for America – and the myriad sanctions and other measures the Trump administration imposed on China could be quite valuable negotiating chips in any negotiation with the Beijing.

Over time the mutually destructive trade conflict ought to be defused while the US continues to try to protect its leadership in technology and defends its national security interests and geopolitical hegemony.

From what little the administration has said so far, it would appear the broad strategic approach to China will be one where the US aims to both co-operate and compete; seeking China’s cooperation on global issues such as climate change, while targeting unfair trade practices and other predatory practices more aggressively.

The starting point for Biden is to strengthen America’s own ability to compete.

The “buy American” executive order issued on Tuesday is part of more comprehensive plan to protect and widen the country’s leadership, particularly in technology, and reduce its reliance on imports from China.

While there is a strong flavour of domestic politics in that strategy, the pandemic exposed American reliance –indeed global reliance – on China for goods that were both vital and everyday necessities. Most economies are rethinking, diversifying and reshoring their supply chains for essential products to reduce their reliance on China. 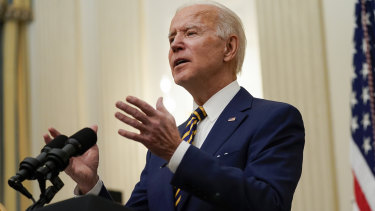 Joe Biden’s first aim is to strengthen America’s own ability to compete.Credit:AP

Biden has also made it clear he wants to re-establish the traditional alliances that Trump shattered and rebuild the multilateral organisations, like the World Trade Organisation, that Trump gutted.

That’s not going to be straightforward. Trump has embedded mistrust in the US among its former allies by his erratic behaviours, unilateralist approach and the indiscriminate use of trade sanctions on friends and foes alike.

The European Union’s willingness to rush to sign an investment pact with China days before Biden took office, despite the incoming administration’s pleas for a deferral of the deal until there had been an opportunity for talks, signals how much has changed in the relationship between Europe and the US.

Nevertheless, Biden needs to co-opt Europe into a new alliance that perhaps allows a joint approach to issues of common concern about the way China does business, the extent to which its successes are built on state subsidies, state-sponsored theft of others’ intellectual property and the threats to global stability created by China’s geopolitical and military ambitions.

He also needs to restore trust in the US in Asia. America’s relations with Japan and South Korea were tested, but not fractured, by Trump and his tariffs and efforts to get US allies to pay for the US defence presence within their borders.

India, concerned by the increased aggression of China on their shared border, should also be receptive to efforts to create a bloc loosely allied to the US within the region.

There is an expectation that Biden will recommit the US to the Trans-Pacific Partnership (TPP) that gave form to the belated “pivot to Asia” of the Obama administration as it shifted its stance towards China from encouragement to containment.

The TPP’s benefits went well beyond trade, although those were substantial, and were destined to create the foundations for a counter to China’s aspirations in the region. One of Trump’s first acts was to withdraw the US from the agreement, which he lumped in with other trade deals as a “rape” of the US.

It is critical to any Biden containment that he can pull together enough of the rest of the world’s economies to give China pause for thought and the US negotiating clout.

Less critical, but potentially useful, would be the revival and reform of the WTO to make it a more relevant and powerful arbiter of international trade disputes.

The prospect of Biden being able to develop a “co-operate and compete” approach to China, buttressed by alliances, is probably strengthened by China’s treatment of Australia – the effective sanctioning of a wide variety of Australian products in response to the Morrison government’s commentaries on issues China sees as sensitive.

China’s last-minute concessions to the Europeans to get their investment deal done before Biden took office were an indication of both its power and vulnerability.

China is pursuing a “divide and conquer” strategy because it knows that if the traditional alliances reform and respond to the mutual concerns about its economic structures and behaviours, its ambitions – and its ability to pick off individual economies like Australia or Canada – will be undermined.