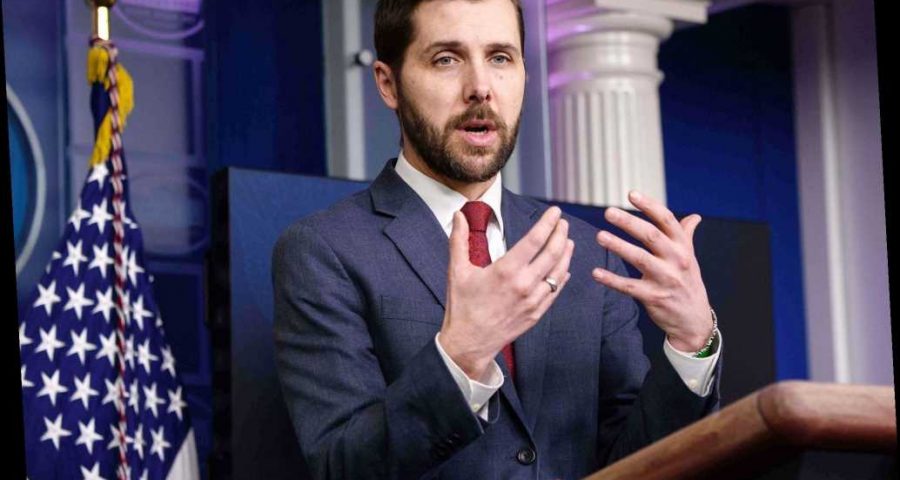 WASHINGTON — President Biden’s top economic adviser sounded the alarm over the US economy on Friday, warning: “Without decisive action, we risk falling into a very serious economic hole.”

Conservatives concerned about the ballooning national debt have said they are unwilling to pass the huge bill, which comes on the heels of a $900 billion bailout Congress passed just last month.

“Our economy is at a very precious moment,” Deese said in the James S. Brady briefing room.

“We are 10 million jobs short still of where the economy was when this pandemic started last year,” he said.

“If we don’t act now, we will be in a much worse place and we will find ourselves needing to do much more to dig out of a much deeper hole,” he went on.

Biden plans to sign two executive orders Friday to provide a stopgap infusion of financial relief to millions of Americans while he waits for Congress to debate his plan.

The orders will increase food aid and protect job seekers on unemployment insurance.

When pressed on the opposition to Biden’s package, Deese said the $900 billion bill just passed “filled a hole” in the second half of 2020 and had already been spent on issues that were “in the rear view mirror.”

Included in Biden’s rescue package are $1,400 checks for eligible Americans and $20 billion for a national vaccine program that will include community vaccination centers and mobile vaccination units to inoculate hard-to-reach communities.

The bill will be the most pressing piece of legislation on Biden’s agenda as he takes office amid a worsening pandemic that has so far killed 410,000 Americans and infected 24.7 million.