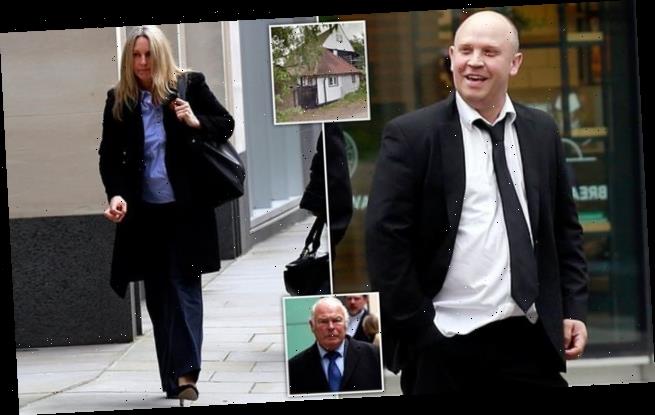 A bitter family feud over a £2million inheritance will go to the high court for a second time after a new will found by a solicitor’s cat was condemned as a potential forgery.

Dean Brunt, his brother Dale Brunt, 40, and sister Venetia Murray, 36, had between them owned £6million Ettridge Farm, Hertfordshire, until Dean’s death, aged 35, in a railway accident in 2007.

Dean – who was not married and had no children – was thought to have died without making a will, so his £2million share of the farm went to his 82-year-old mother Marlene Brunt who handed it to her eldest child Dale.

But after Venetia discovered the existence of two 1999 wills made by Dean – the original found when a solicitor’s cat knocked over a pile of papers – a family feud was sparked.

The high court judge ruled that the will should be upheld, with Venetia and Dale getting half of Dean’s share each, and their uncle Bob Wrangle – who brought the case to court – getting a third of a property on the farm.

But now, a different judge has found that the previous dispute ended in a ‘potentially serious injustice’ due to ‘strong evidence’ the will discovered by the cat was the work of a convicted fraudster.

Dean Brunt, his brother Dale Brunt, 40, (right) and sister Venetia Murray, 36, (left) had between them owned £6million Ettridge Farm, Hertfordshire, until Dean’s death, aged 35, in a railway accident in 2007

Both wills – the original and the copy – had been signed by now-dead criminal Howard Day, who claimed he added his signature on Dean’s behalf in 1999.

Mr Day – who was convicted for fraud over another case – had been acting as Dean’s legal advisor at the time, but experts agreed that the wills were likely signed later than 1999.

Mr Justice Andrew Green overturned a decision of previous judge Master Paul Teverson – who upheld the 1999 will last year – and ordered that the case be fought again.

Mr Justice Green allowed an appeal against the ruling. He did not find the 1999 will was a fake but said there was a ‘high degree of suspicion’ as it contained spelling mistakes and other slips.

He said: ‘I think there has potentially been a serious injustice here and I have no option other than to order a retrial.’

Mr Nicholls was Dean’s ‘hero’ and it was his grandfather who persuaded him to train as a mechanic.

Dean’s own father – a jockey and racehorse trainer – played no part in his upbringing.

Dean – who was the ‘gentler’ of the two brothers – had been starved of oxygen at birth and was thought to have suffered from learning difficulties and mental health issues in later life. 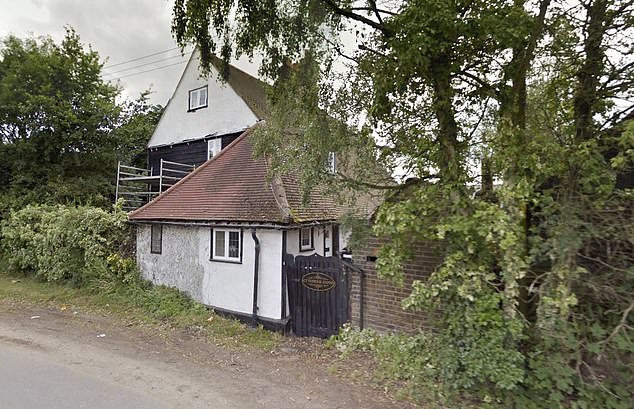 The high court judge ruled that the will should be upheld, with Venetia and Dale getting half of Dean’s share each, and their uncle Bob Wrangle – who brought the case to court – getting a third of a property on the farm. Pictured: Ettridge Farm, Hertfordshire

Dean died after stepping out in front of a train near Sawbridgeworth, Hertfordshire, in 2007. His death was ruled accidental.

After he died, his mother Mrs Brunt obtained ‘letters of administration’ over his estate on the basis that he had died an ‘intestate bachelor’ – without a valid will and with no children of his own.

She inherited his share of the farm and passed on that share to Dale, meaning he then owned two thirds of the land and business – with his sister Venetia owning the rest.

But a family dispute erupted with competing claims over the farming partnership between Dale and Venetia.

Their uncle Mr Wrangle also claimed a share of the property on the land.

A court battle was sparked in 2018, when solicitor Mr Day – who had long looked after the family’s legal affairs – said he had discovered a copy of a 1999 will which split Dean’s estate largely between his two siblings.

A second will in identical terms – understood to be the original – was then dramatically discovered in February 2019 by a solicitor’s cat among a pile of Mr Day’s documents waiting to be shredded after his death.

At the original trial of the dispute last year, Mr Wrangle’s barrister Duncan Macpherson said the second copy of the will was ‘crucial.’

Mr Wrangle’s solicitor, Katy Sillett, had been organising family papers and was ready to shred un-needed duplicate copies when the document was discovered by accident.

‘Her cat knocked over the papers for shredding,’ he said.

‘When Mrs Sillett picked them up, she realised that what she believed was a duplicate will was in fact an original.’

At the trial, Dale and Mrs Brunt insisted the wills were both ‘forgeries’ but – despite experts backing their claim that they were signed after 1999 – Master Teverson threw out their case.

He rejected the forgery allegations and ruled in favour of the 1999 will, leaving Venetia with half of Dean’s fortune and Mr Wrangle with a third share in a property known as The Old Barn.

But appealing against the decision, lawyers for Mrs Brunt and Dale argued that Master Teverson had got it wrong.

They claim he failed to properly analyse crucial evidence in his judgment, including the fact that Mr Day’s diary of the date in 1999 when the will was purportedly signed had been doctored.

In a different ink, the words ‘…and signed up the will…’ had been added afterwards, said their barrister Sophia Rogers. 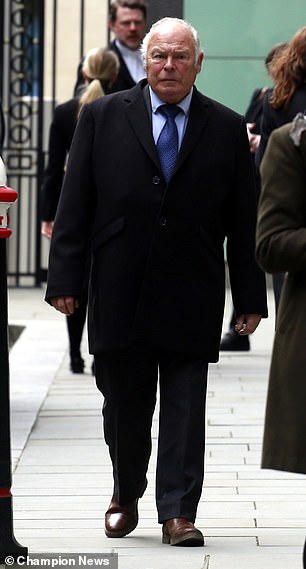 The will itself also contained mistakes, including Dean’s middle name and the name of the farm.

The will handed his siblings his one-third share of the farm and his share in the building called ‘The Old Barn’ to his uncle.

But Mrs Rogers pointed out that Dean had only acquired a one-third share in the farm in 2004 – having only held a quarter previously – while ‘The Old Barn’ at the time was a ‘derelict shed’ and only became known by that name when it was rebuilt years later.

Allowing their appeal and ordering a retrial, Mr Justice Green said Master Teverson had failed to give adequate reasons why he accepted some evidence and rejected other parts.

There were ‘strong indications’ that Mr Day’s 1999 diary had been ‘doctored and fabricated’ but Master Teverson had made no findings in relation to that, he said.

Witness statements referring to the character and practises of Mr Day had also not been referred to in the judgment when they may have been critical to the case.

‘Howard Day was the central character in the case and he could not be cross-examined,’ he said.

‘Extraneous evidence as to his character and modus operandi were critical.’

The fact experts for both sides on the dispute agreed that the two copies had probably not been signed in 1999 was ‘strong evidence’ against the 1999 will, he continued.

‘This was powerful evidence, coming from both side’s experts, and it was dismissed by the master on the basis that he preferred the factual evidence provided by the claimant,’ he said.

‘I believe this is a serious flaw in the master’s assessment of the evidence.’

He said the only undisputed facts in the case – when and where the will was found and Mr Day’s fraud conviction – created a ‘high degree of suspicion’ about it.

Allowing the appeal, he said the case would have to be fought all over again in front of a High Court judge, probably late this year.

He said the retrial could involve fresh evidence which has only come to light since newspaper reports of the earlier ruling last summer.

Three witnesses had come forward independently to say they knew Dean and that he had said he would never make a will, the court heard.