ANIMATED Boris Johnson leaped off his feet during a heated clash with Sir Keir Starmer in the Commons this lunchtime.

After trading blows on social care and transport reforms the PM exploded at the Labour leader with such vigour he sprung into the air. 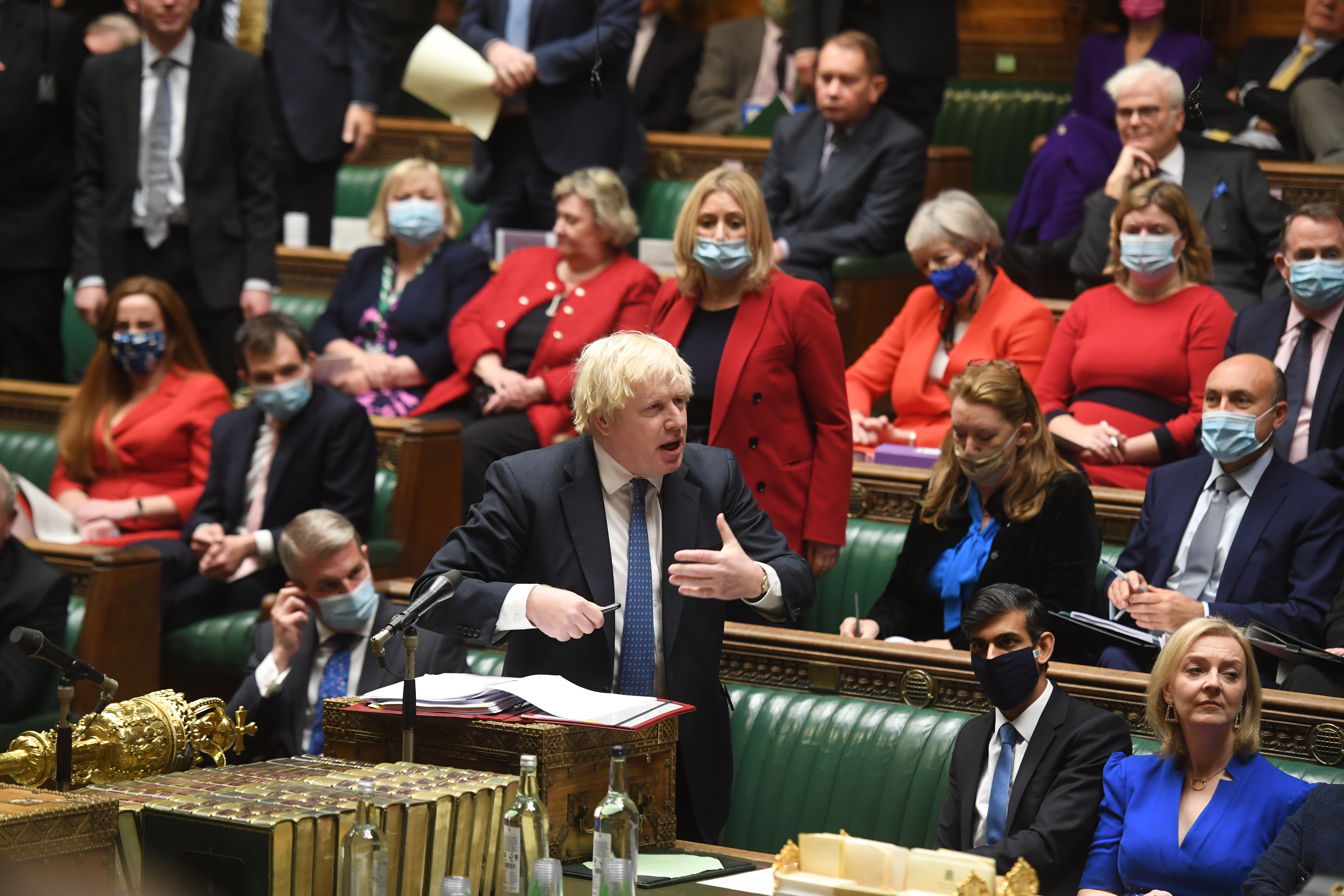 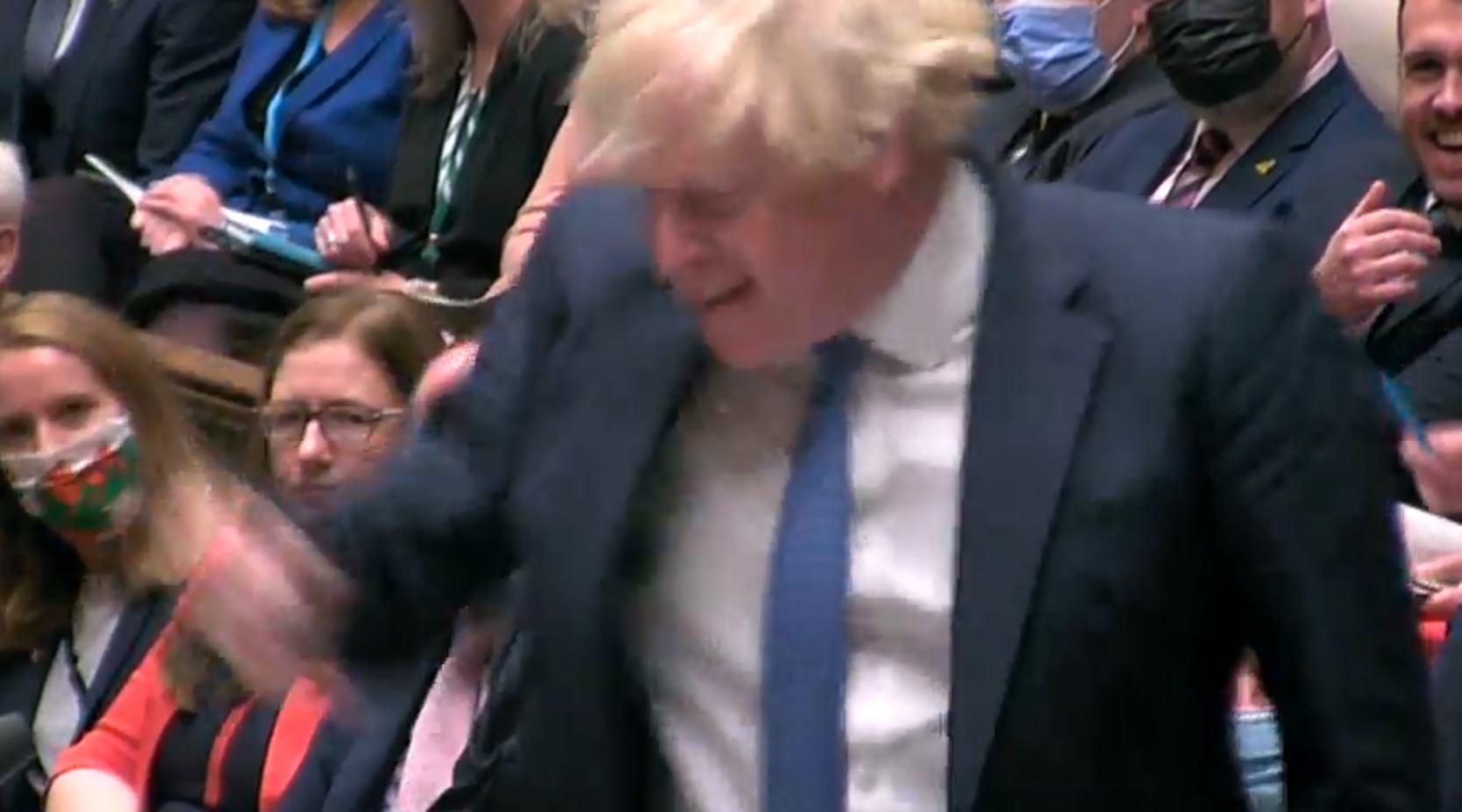 It came as Sir Keir tormented his Tory foe over the rambling speech to business bosses this week and asked: "Is everything ok, Prime Minister?"

Downing Street has been forced to deny Mr Johnson is unwell following the bizarre address to the CBI where he gushed over Peppa Pig World.

The Sun reveals today some have even sent in letters of no confidence, according to senior Tory MPs.

And a wounding poll shows his favourability rating has slumped to its lowest ever at -14 after a bruising three weeks sparked by the Owen Paterson sleaze row.

At a fiery PMQs today Sir Keir sought to twist in the knife to cause maximum damage by hauling Mr Johnson over the coals some more.

He accused the PM of launching a "working class dementia tax" by watering down social care plans that means people will still have to sell their homes to meet crippling care cost.

He branded it "another broken promise" along with the election pledge not to raise National Insurance tax and for an HS2 leg to Leeds.

Mr Johnson shot back that Sir Keir previously opposed the high speed line but was now scoffing at the government's pared-back plan.

The PM yelled: "How can anyone trust this man!"

Continuing his takedown on the PM, Sir Keir said the government is performing a "classic Covent Garden pickpocketing operation".

He said: "The Prime Minister's the frontman distracting people with wild promises and panto speeches while the Chancellor dips his hand in their pocket.

"But now the Prime Minister's routine is falling flat. His Chancellor is worried that people are getting wise.

"His backbenchers say it's embarrassing and senior people in Downing St are telling the BBC it's not working.

"Is everything ok, Prime Minister?"

A reporter asked Mr Johnson the same question following his speech at the CBI conference on Monday.

The same day a "senior Downing St source" told the BBC the PM's current operation was a shambles.

Fingers have been pointed at the Treasury for starting a bitter briefing war at the heart of government, although Mr Johnson's press secretary denied there was any friction.

In the Commons Mr Johnson hit back: "If we listened if we listened to Captain hindsight, we will have no HS2 at all.

"And if we listened to him we would all still be in lockdown." 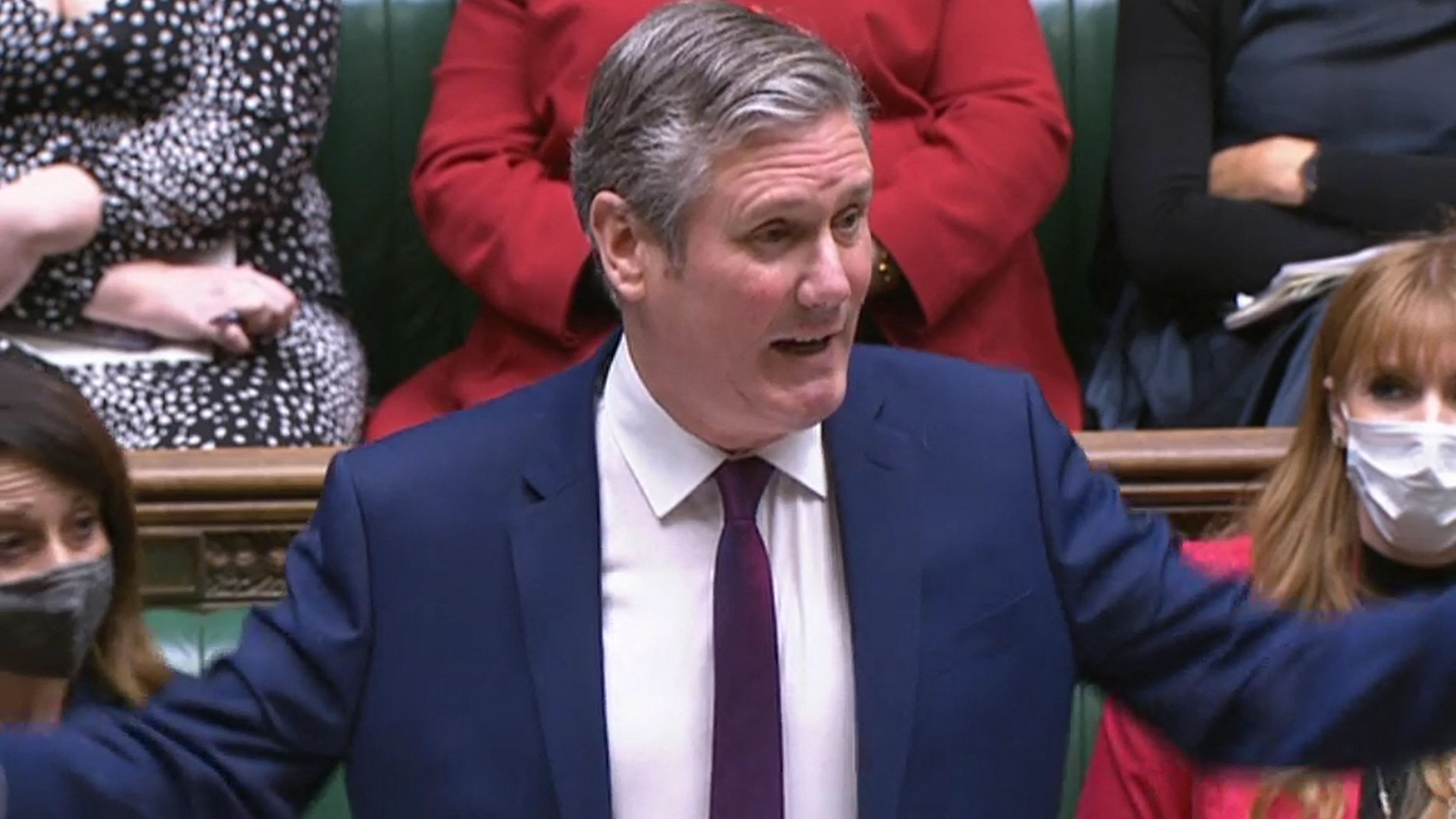