The attacks came as demonstrators across the country continued to target symbols of white supremacy in the wake of the death of George Floyd. 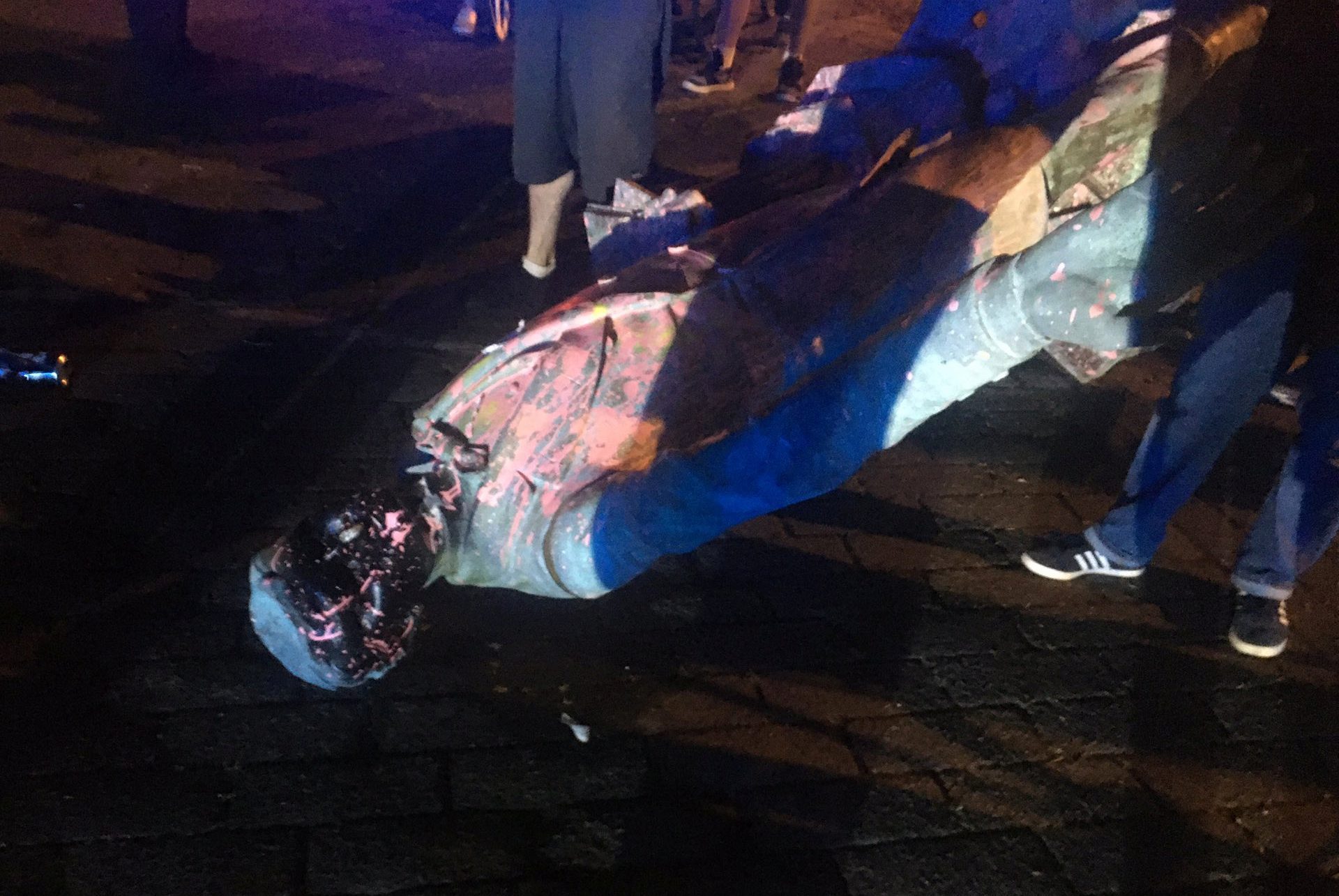 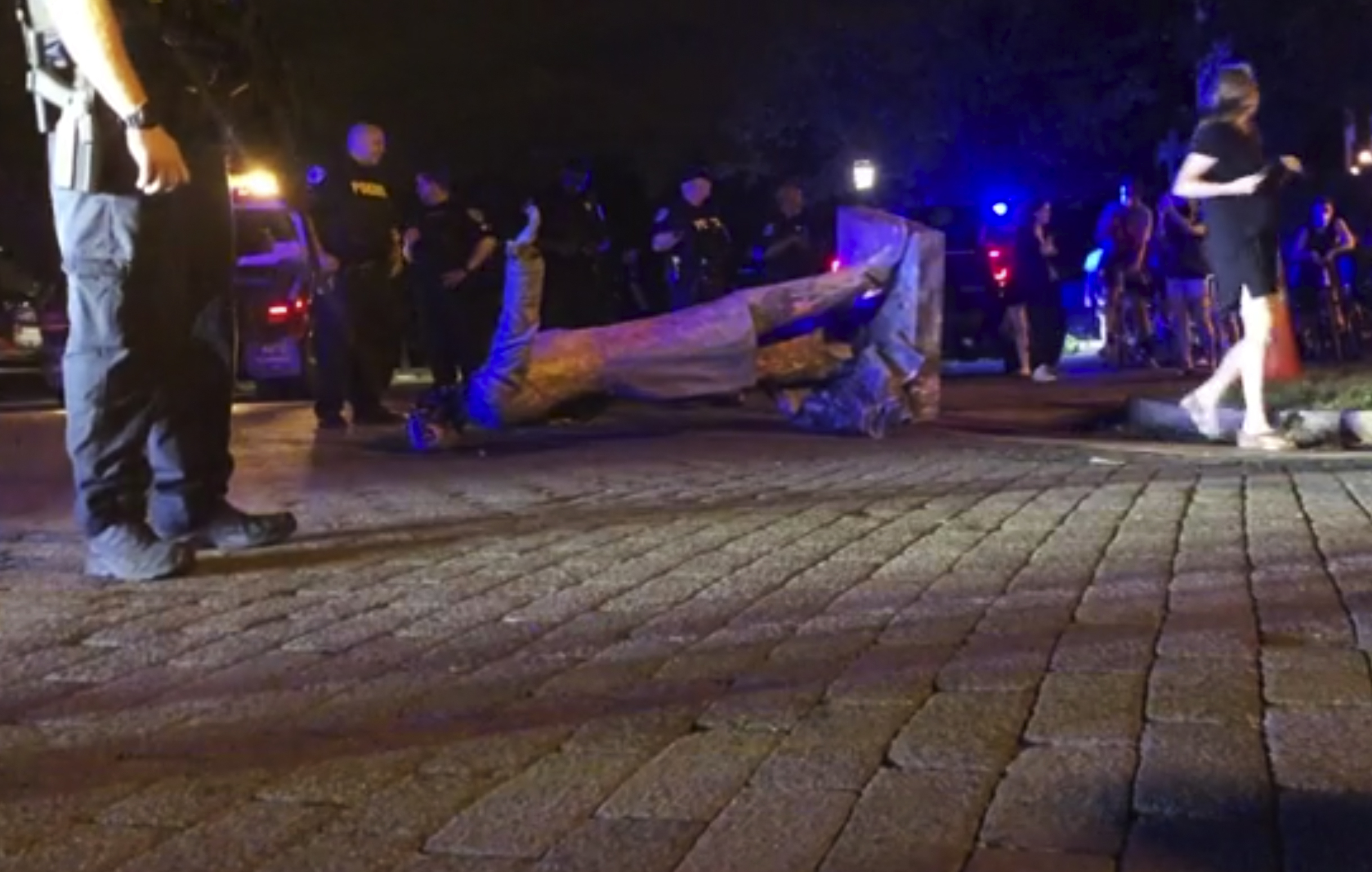 Across the country, at least 10 monuments of controversial historical figures have been removed, and people have targeted similar monuments in more than 20 cities.

The statue of Davis – a former slave owner – was toppled along Richmond's famed Monument Avenue late on Wednesday night.

Richmond police were on the scene and videos on social media showed it being towed away as a crowd cheered.

About 80 miles away, protesters beheaded and then pulled down four statues that were part of a Confederate monument in Portsmouth.

Efforts to tear one of the statues down began around 8.20pm but the rope protesters were using snapped, The Virginian-Pilot reported.

The crowd was frustrated by the local council's decision to put off moving the controversial monument.

They eventually dismantled it piece by piece as a marching band played in the streets and other protesters danced.

However,a protester in his 30s was hit and knocked unconscious as the monument fell.

The actions come amid national protests over the death of Floyd who died after a police officer kneeled on his neck.

A statue of Christopher Columbus in Richmond was torn down by protesters, set on fire and then submerged into a lake on Tuesday.

It was toppled less than two hours after protesters gathered in the city's Byrd Park chanting for it to be taken down. 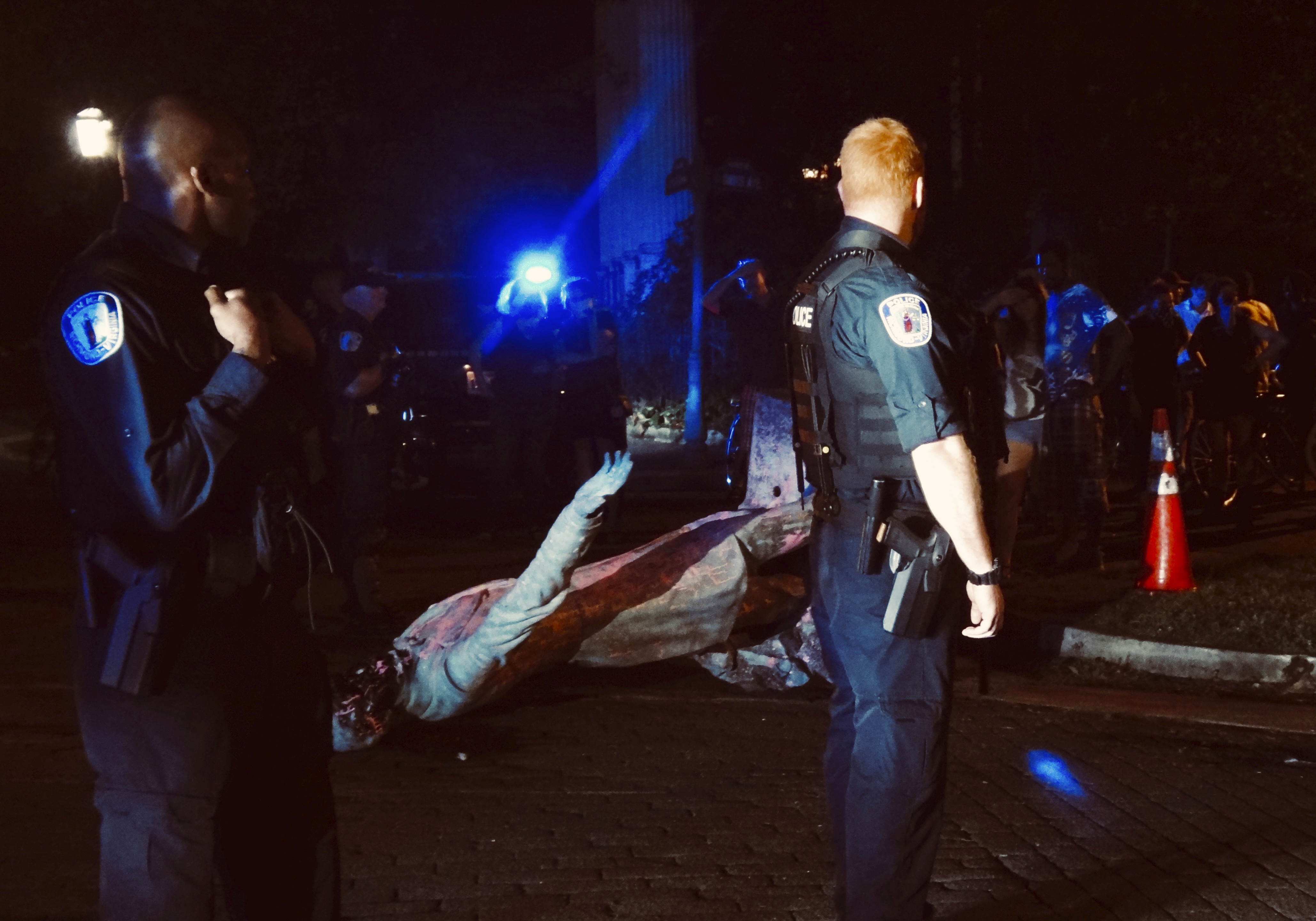 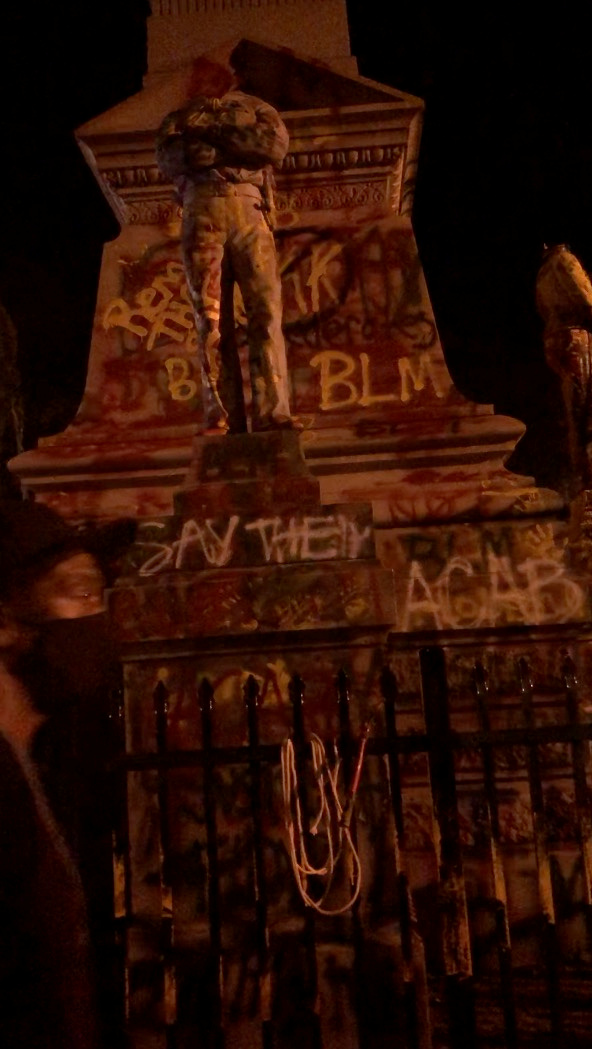 A statue of Confederate general Lawrence Sullivan Ross on the Texas A&M campus was defaced with graffiti.

The death of Floyd has prompted similar Confederate monument removals around the nation.

Some people say the tributes inappropriately glorify people who led a rebellion that sought to uphold slavery.

Others say their removal amounts to erasing history.

Virginia Governor Ralph Northam last week ordered the removal of an iconic statue of Confederate Gen. Robert E. Lee, which is four blocks away from where the Davis statue stood.

A judge on Monday issued an injunction preventing officials from removing the monuments for the next 10 days. 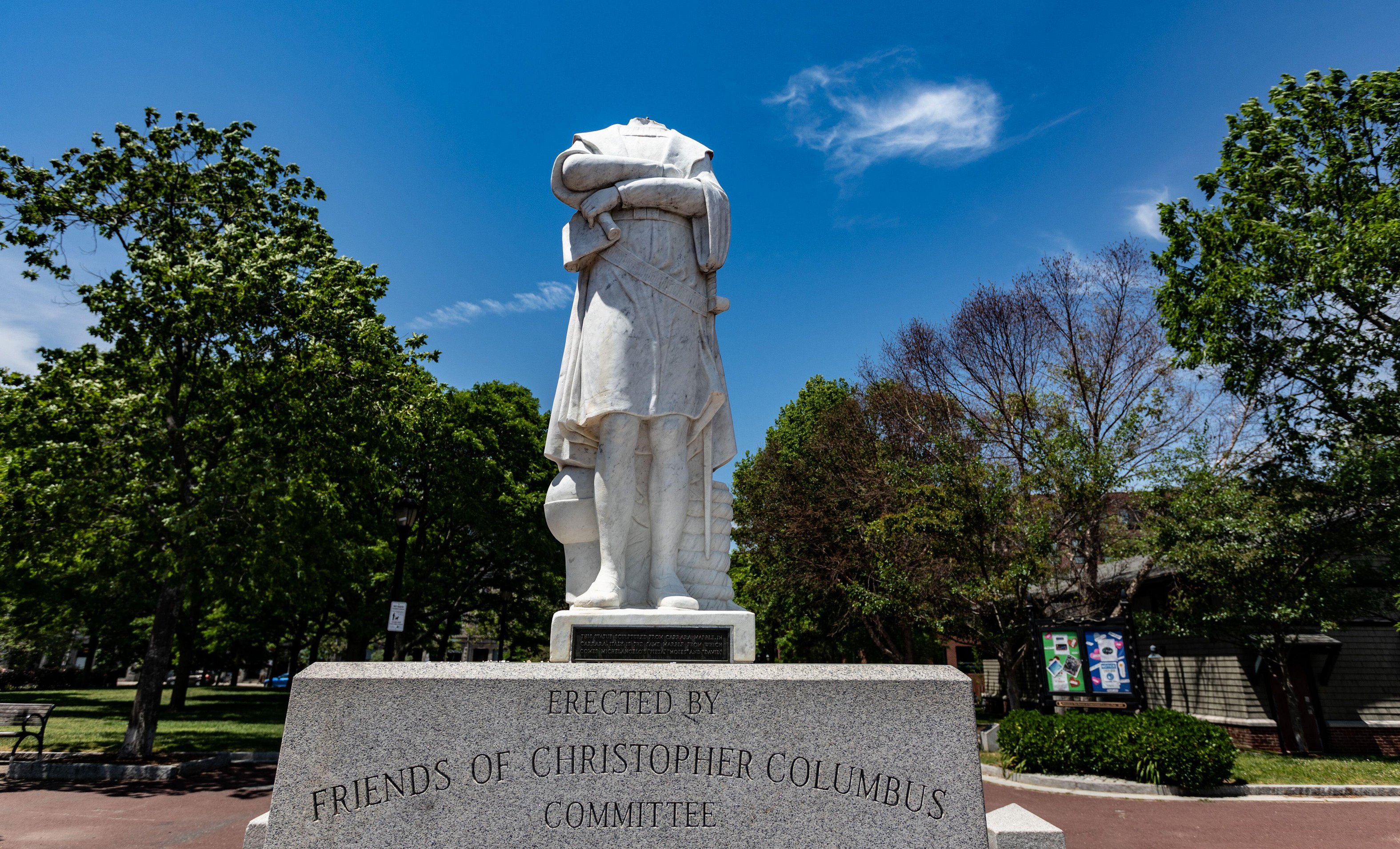 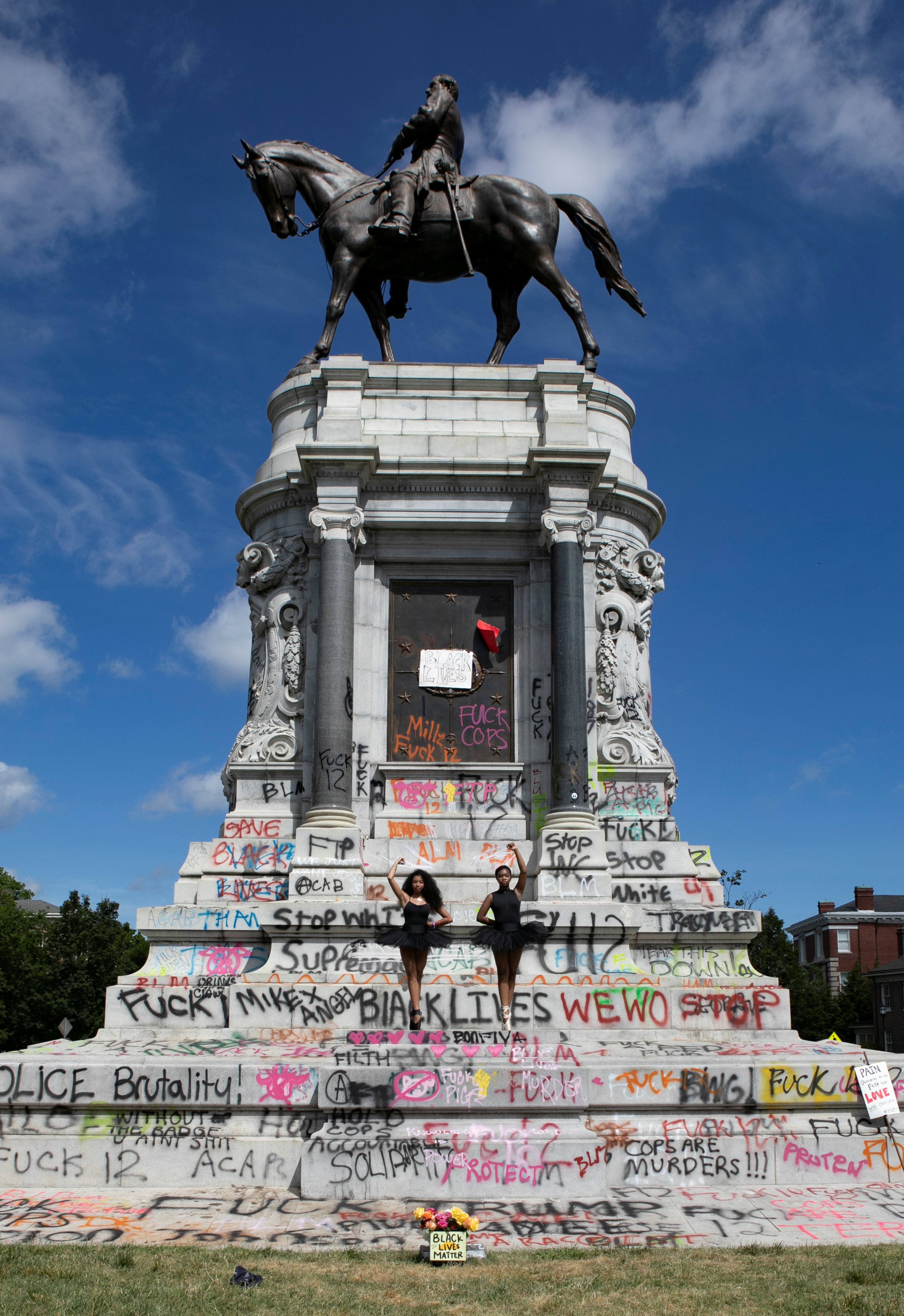 Last Friday, the Marine Corps issued detailed directives about removing and banning public displays of the Confederate battle flag at its installations.

And the mayor of Birmingham, Alabama, last week ordered the removal of a Confederate statue from a public park.

Yesterday Mr Floyd’s brother challenged Congress to ensure George would not be just “another name” on a growing list of those killed during interactions with police.

Choking back tears, he said he wants to make sure that his brother, whom he called “Perry”, is “more than another face on a T-shirt. More than another name on a list that won’t stop growing”.

He directly challenged politicians to step up. 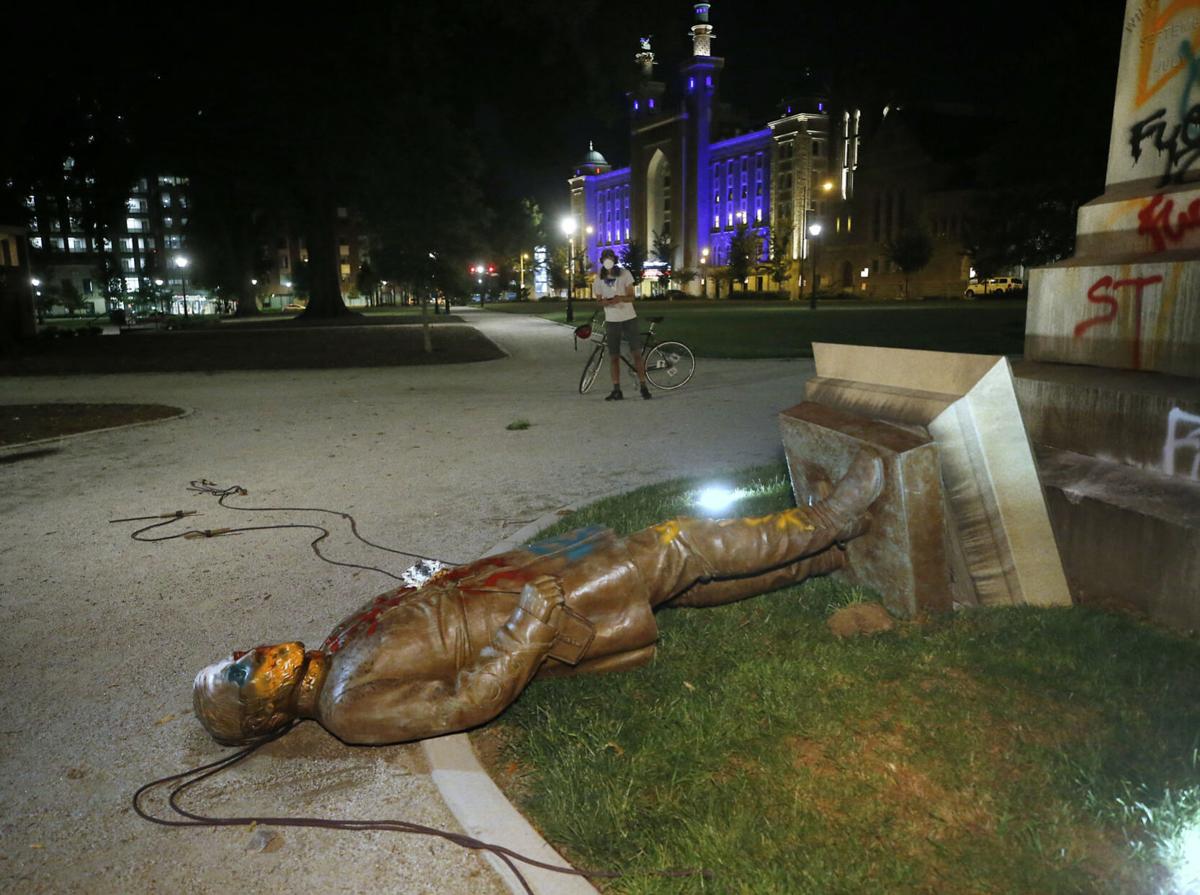 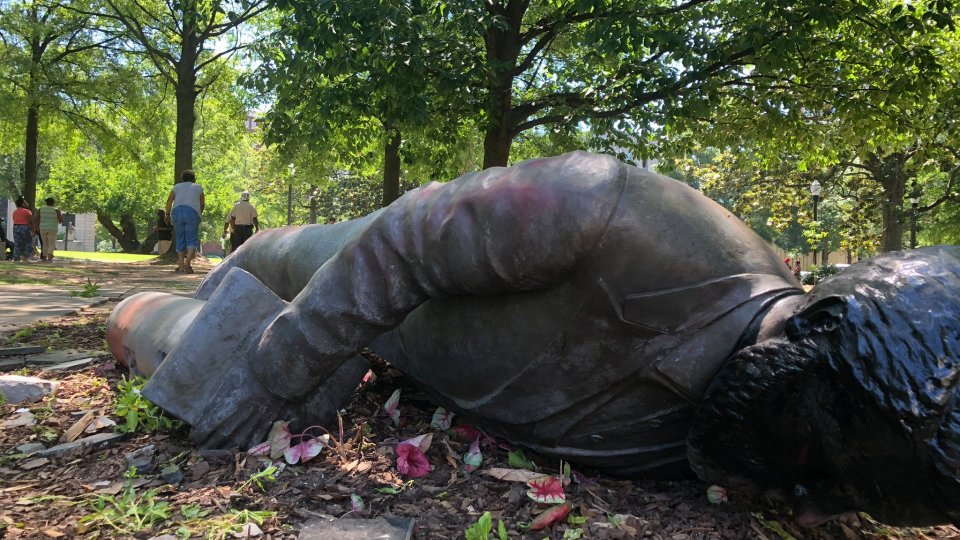 “The people marching in the streets are telling you enough is enough. Be the leaders that this country, this world, needs. Do the right thing,” he said.

Meanwhile, President Trump has said he will act to remove "domestic terrorists" in Seattle if officials fail to regain control of a six-block area that has been occupied by protesters.

Demonstrators have declared the "Capital Hill Autonomous Zone", or CHAZ, near the city's central district, setting up armed checkpoints and frisking people before allowing them inside.

Pictures showed men armed with machine guns manning the checkpoints and the words "COP-FREE" daubed across the barricades.

In the UK a statue of slave trader Edward Colston that was pulled down during an anti-racism demonstration has been lifted out of Bristol Harbour.

Bristol City Council posted a video clip on Twitter of the monument being fished out of the water on Thursday morning.

The statue was pulled down on Sunday amid worldwide protests triggered by the death of George Floyd.