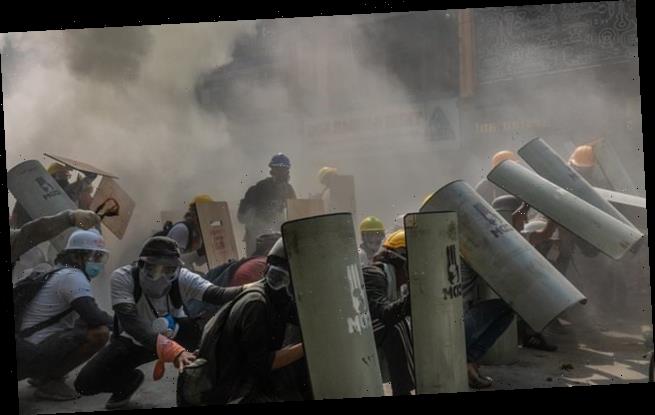 Bloodshed as 18 activists die in Myanmar crackdown: Thirty people are wounded and 1,000 are detained after weekend of protests over military coup

At least 18 people have been killed in a bloody police crackdown on demonstrators during a weekend of protests and chaos in Myanmar.

Another 30 are believed to have been wounded and 1,000 detained when police launched their most brutal action against pro-democracy supporters.

At Yangon’s medical school, doctors and students in white lab coats fled when police hurled stun grenades at protesters and 50 were arrested.

The violence comes four weeks after a military coup in the country formerly known as Burma deposed the elected government of Aung San Suu Kyi. 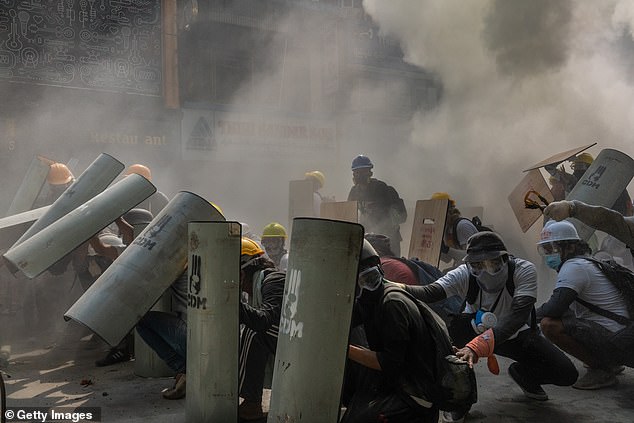 Thousands took to the streets in a string of cities in the latest protests but police, supported by soldiers, were out in force. The demonstrations began on Saturday and continued today.

Security forces opened fire after stun grenades, tear gas and shots into the air failed to break up the crowds.

Yesterday the United Nations Human Rights Office on Myanmar said at least 18 had died, with many of the deaths ‘the result of live ammunition fired into crowds’.

The UN Human Rights Office said in a statement: ‘Tear gas was also reportedly used in various locations as well as flash-bang and stun grenades.’ 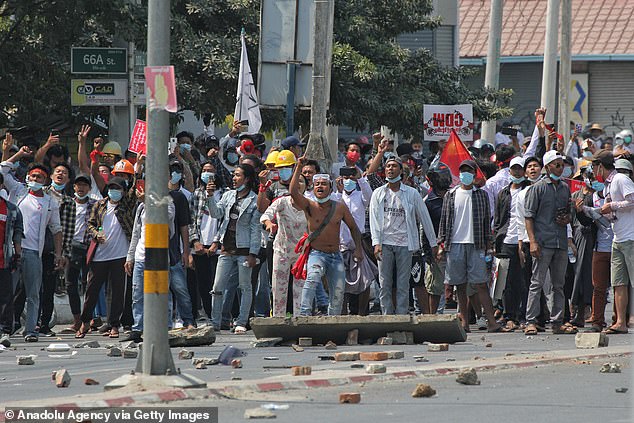 ‘We strongly condemn the escalating violence against protests in Myanmar and call on the military to immediately halt the use of force against peaceful protesters,’ its spokesman Ravina Shamdasani was quoted saying.

It would be the highest single-day death toll among protesters who are demanding that the elected government of Aung San Suu Kyi be restored to power after being ousted by a coup on February 1.

There were reports of gunfire as police in Yangon, the country’s biggest city, fired tear gas and water cannons while trying to clear the streets of demonstrators.

Photos of shell casings from live ammunition used in assault rifles were posted on social media. 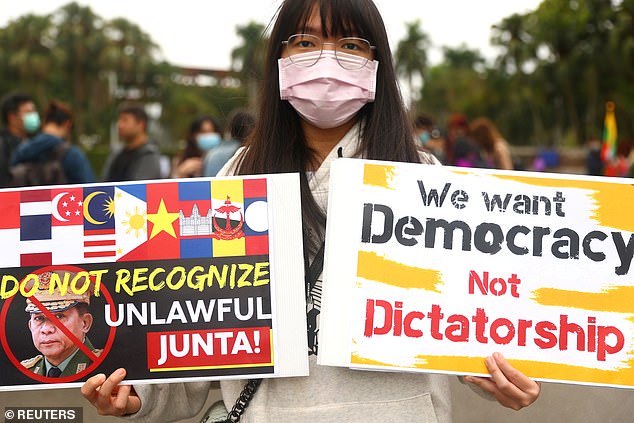 Reports on social media identified by name one young man believed to have been killed in Yangon. His body was shown in photos and videos lying on a pavement until other protesters were able to carry him away.

A violent crackdown also occurred in Dawei, a much smaller city in south-eastern Myanmar, where local media reported that at least three people were killed during a protest march.

Photos posted on social media showed a wounded man in the care of medical personnel, and later laid out in a bed under a blanket with flowers placed on top.

Before Sunday, there had been eight confirmed reports of killings linked to the army’s takeover, according to the independent Assistance Association of Political Prisoners.

The coup reversed years of slow progress toward democracy after five decades of military rule.