BLUNDERING No10 left Donald Trump’s name on an official congratulatory message to Joe Biden, it was revealed today.

The PM tweeted a graphic congratulating Mr Biden and his running mate Kamala Harris on Saturday after they were declared winners of last week’s US election. 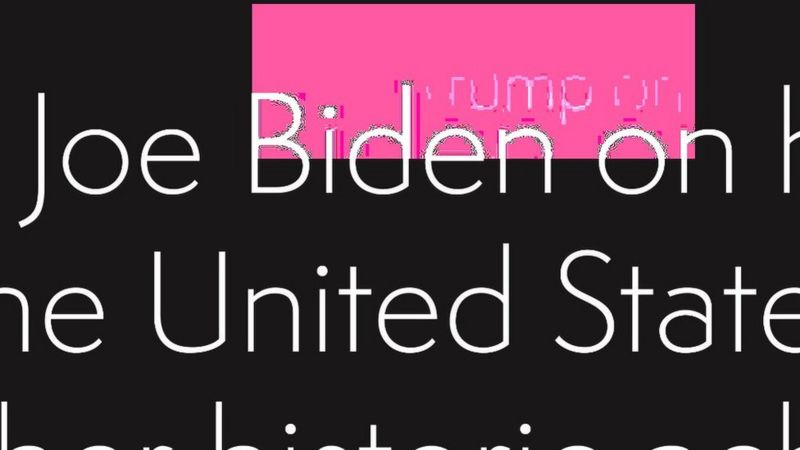 But eagle-eyed observers have since spotted that traces of Mr Trump’s name can be seen above the words ‘Joe Biden’.

And words congratulating Mr Trump on a “second term” can also be seen on the image, which is a simple white-on-black block of text.

The humiliating gaffe was revealed by a simple colour adjustment of the graphic by the Guido Fawkes website.

The school-boy error is likely to escalate the already-strained relationship between Mr Johnson and the incoming president. 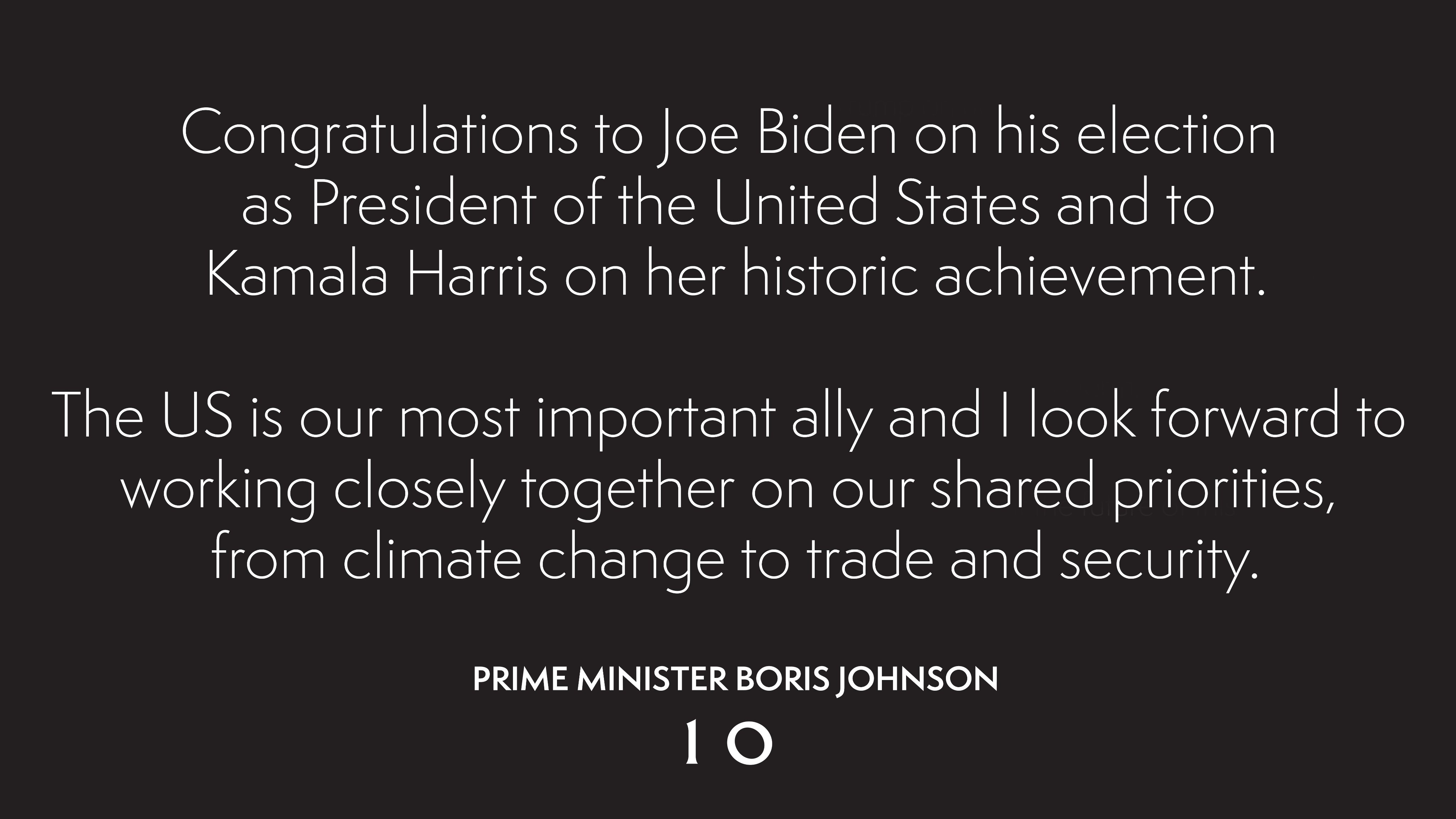 The PM is still waiting for his first phone call with Mr Biden and the No10 gaffe is likely to bump him down the list of calls further.

And in what is seen as another diplomatic set-back for Mr Johnson, the President-elect has arranged a phone call with  Irish Taoiseach Micheal Martin.

Downing Street said that a 'technical' error had caused Mr Trump's name to be left on the message.

A government spokesman said: “As you’d expect, two statements were prepared in advance for the outcome of this closely contested election.

“A technical error meant that parts of the alternative message were embedded in the background of the graphic.”