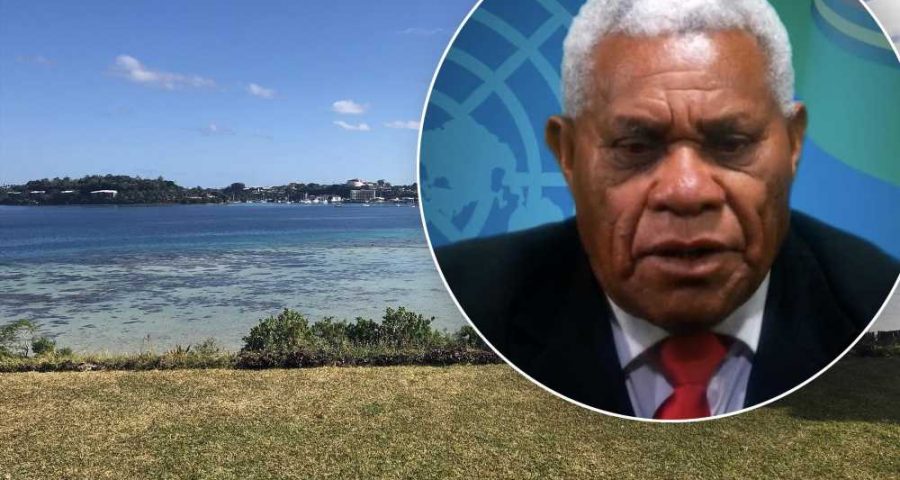 COVID-19 deaths in US rise again during ‘complicated stage’

The body of a Filipino fisherman has washed up on a beach on Vanuatu, where it tested positive for COVID-19 — leading the Pacific island country to ban outbound travel for three days.

The remains were discovered April 11 near the capital of Port Vila on Efate island, Radio New Zealand reported.

The body tested positive for the deadly bug after it was taken to the local mortuary.

After the fisherman’s body was located on the beach, a UK-flagged tanker was detained by authorities.

Earlier that day, the ship discovered it was missing one crew member as it sailed out of Port Vila. It was ordered to return to port as a search-and-rescue mission was launched, according to CNN.

In response, Vanuatu Prime Minister Bob Loughman announced the government was issuing an order to ban outbound travel from Efate for three days while contact tracing efforts were conducted.

He appealed to the public to undergo voluntary tests for the illness.

Russell Tamata, the director-general of health, confirmed that 16 people have been put in quarantine at a hotel, most of them police officers who were at the scene when the body was found.

It was unclear whether the man died from COVID-19 or how he came to wash ashore.

The country has reported only three cases of the illness, according to CNN, which cited data from Johns Hopkins University. It reported its first case in November, and two more in March.