High-performing teachers would get financial bonuses, university fees for teaching degrees would be lowered and the use of employment-based degrees, where teaching students work in schools and earn while they learn, would be expanded under a series of proposals states will put forward to tackle the nation’s teacher shortage.

Australia’s education ministers will meet for the first time since the federal election on Friday and the nation’s unprecedented teacher shortage will dominate discussions. 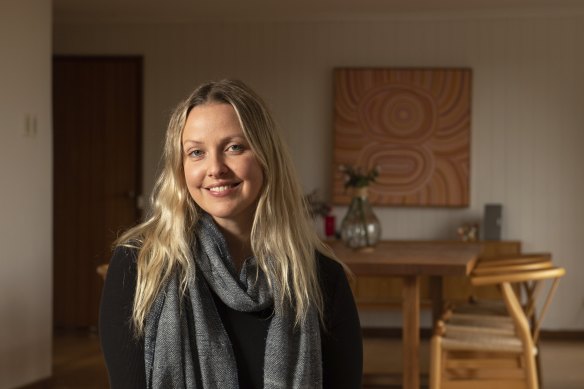 Victorian and NSW education ministers Natalie Hutchins and Sarah Mitchell will put forward several proposals to attract more people into teaching and reduce high attrition rates that the sector says have become worse as exhausted teachers left the profession in the pandemic.

The issue of heavy workloads, and how shifting expectations of a teacher’s role and responsibilities are undermining efforts to keep them in the classroom will also be raised at the meeting.

Victoria’s education union has called on governments to pay teachers “retention bonuses” for staying in their roles as a way to stave off an exodus of school staff from the profession.

In Victoria, 15 per cent of teachers leave the profession within three years of graduating, and 20 per cent leave within five years, shows the most-recent Department of Education and Training data, from 2020.

Australian Education Union Victorian branch president Meredith Peace said schools were confronting a potential exodus of staff, with many saying they were burnt out by excessive workloads.

“We are concerned that some of what we are hearing is that people are talking about leaving because it’s all just got too hard,” she said.

Peace said retaining teachers was just as essential to meeting workforce demands as attracting new teachers into the profession. The union is calling on the government to offer teachers financial incentives for remaining, just as it has paid incentive bonuses of up to $50,000 for teachers who move to short-staffed schools.

“We’ve got to look at some way the government can provide an incentive to get people to consider staying,” she said. “For us, it’s about recognition of the work that they have put in, particularly after the last two years.”

Education ministers will call on the Albanese government to increase funding to innovative teacher training programs such as Teach for Australia, and La Trobe University’s Nexus program.

Students of these programs must already hold a university degree, and can gain a teaching qualification within 18 months, while working in a school for as many as four days a week and being paid as part of their studies.

He said it had been difficult for some years to attract enough high-quality teachers to regional and rural schools and the problem had become much worse recently.

The college had advertised nine permanent and fixed-term teaching roles for next year, but had received just one applicant, Hilditch said.

“Without a program such as Nexus, we just don’t have a chance of competing to … attract people into education, particularly for trade teachers,” he said.

A paper put together by the Victorian and NSW governments says the Commonwealth has committed to “funding incentives for high-performing school-leavers, First Nations students, and rural and regional students to gain a teaching degree. This commitment could be extended to include reduced contributions for teaching degrees”.

Australia faces an imminent shortage of about 4100 secondary school teachers as enrolments grow and entries into teaching courses decline, the paper warns.

The number of students in Australia schools is forecast to grow by more than 10 per cent in the next decade, but university enrolments into initial teacher education courses declined by 8 per cent between 2017 and 2020.

Former secondary school teacher Stephanie Wescott taught English and humanities for five years, but quit the profession in 2019 in frustration at what she felt was a data-driven system that added hours of administration to her weekly workload, and took away her autonomy.

“Current policies in Victoria are stringent about what good teaching looks like, and it often means teachers have less freedom to teach in ways they would like to,” she said.

Wescott, now a PhD candidate at Monash University’s faculty of education, said more than half of her teacher friends were considering leaving the profession.

“They’re exhausted, and they don’t see the change that they want to see. They don’t feel like their work is particularly valued,” she said.

Negative public perceptions of teachers, stagnant pay rates and punishing workloads were all problems that must be addressed to retain teachers, Wescott said.

“It’s OK to do a difficult job if you feel like your work is being held in high esteem and you feel valued and appreciated, but when the conversation around teaching tends to be disparaging that really complicates people’s decision-making on whether they want to enter the profession or not.”