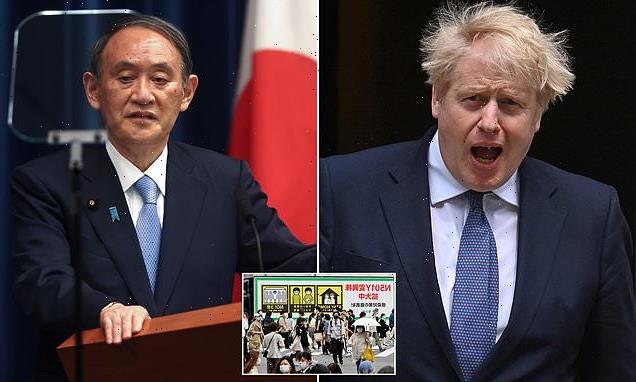 Boris Johnson today backed the Olympics to go ahead ‘safely’ in Japan this summer despite doubts over whether spectators can attend.

The PM voiced ‘support’ for the Games being held as he praised the precautions being put in place in a call with counterpart Yoshihide Suga.

Japan has extended a coronavirus state of emergency in Tokyo and other areas by 20 days, with infections still not slowing as it prepares to host the Olympics in just over 50 days.

The measures had been due to end on Monday, but hospitals in some areas are still overflowing with Covid-19 patients and serious cases have recently hit new highs.

Olympic organisers must decide within weeks whether to allow any domestic fans at all, after overseas spectators were banned months ago. 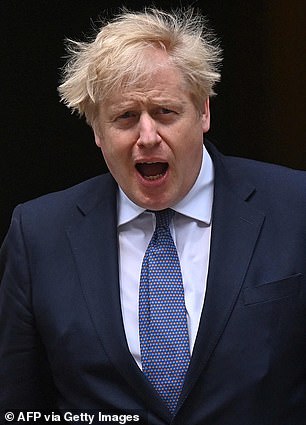 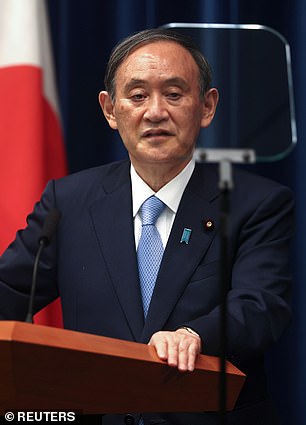 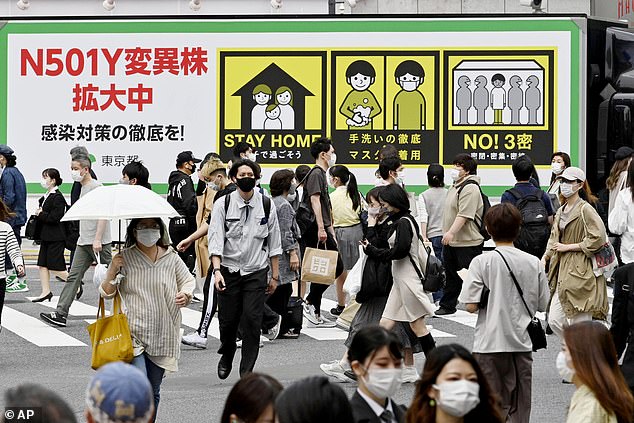 Despite the extended measures, Mr Johnson appeared to offer his Japanese counterpart a vote of confidence from the UK during a phone call on Friday.

The 2020 Games have already been delayed by a year due to the pandemic, but the push to hold them this summer has sparked protests in Japan.

The authorities remain adamant that the event will still go ahead, stressing safeguards aimed at keeping participants and the public safe.

‘The Prime Minister expressed his support for the Tokyo Olympics, and noted Japan’s efforts to ensure the Games can take place safely.’

The two leaders also discussed the debut deployment of aircraft carrier HMS Queen Elizabeth to Japan on its trip through the Pacific.

The voyage comes after the UK Government’s Integrated Review of defence and foreign policy decided that Britain should ’tilt’ its focus towards the Indo-Pacific region, seen as a response to the growing influence of China on the world stage.

‘The Prime Minister and Prime Minister Suga reaffirmed their commitment to strengthening the UK-Japan relationship and looked forward to the UK’s Carrier Strike Group visiting Japan later this year,’ No 10 said.

‘The Prime Minister thanked Prime Minister Suga for his support for the UK’s accession to the Comprehensive and Progressive Agreement for Trans-Pacific Partnership.

‘They looked forward to seeing each other in Cornwall in two weeks’ time.’ 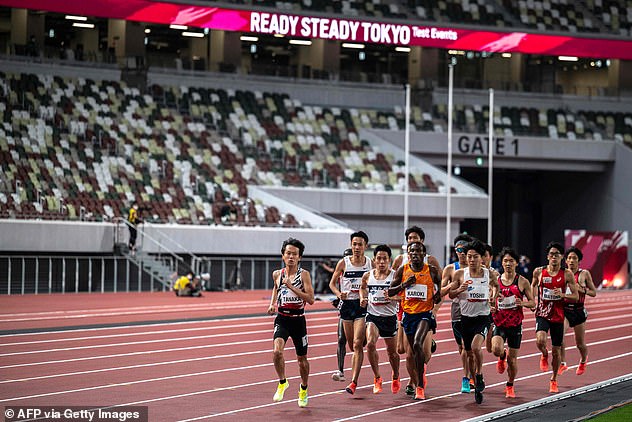 The Tokyo Olympics is looking more likely to have no fans at all after Japan extended its Covid-19 state of emergency today in Tokyo and other areas today. Pictured: Test event on May 9 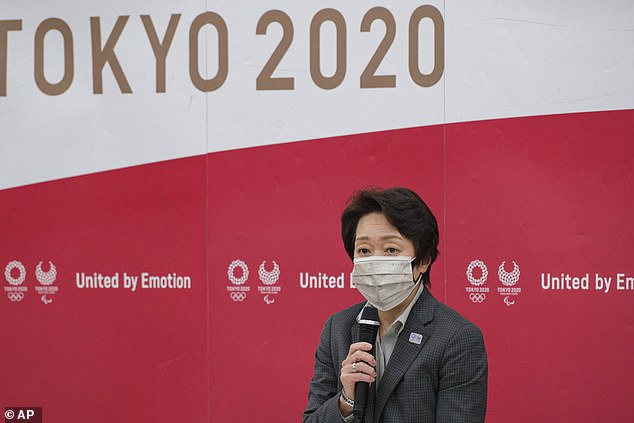 Organizing committee president Seiko Hashimoto (pictured) hinted that local fans may be barred from venues, after overseas spectators were banned months ago

Mr Johnson, speaking after visiting the flagship vessel in Portsmouth before it set sail last week, denied that the deployment is ‘confrontational’.

He said: ‘One of the things we’ll be doing clearly is showing to our friends in China that we believe in the international law of the sea and, in a confident but not a confrontational way, we will be vindicating that point.’

During their phone call, the two men set out their joint aims for the G7 gathering in Carbis Bay, including their commitment to make progress on beating coronavirus globally, tackling climate change, preserving biodiversity and nature, and increasing girls’ access to education around the world.