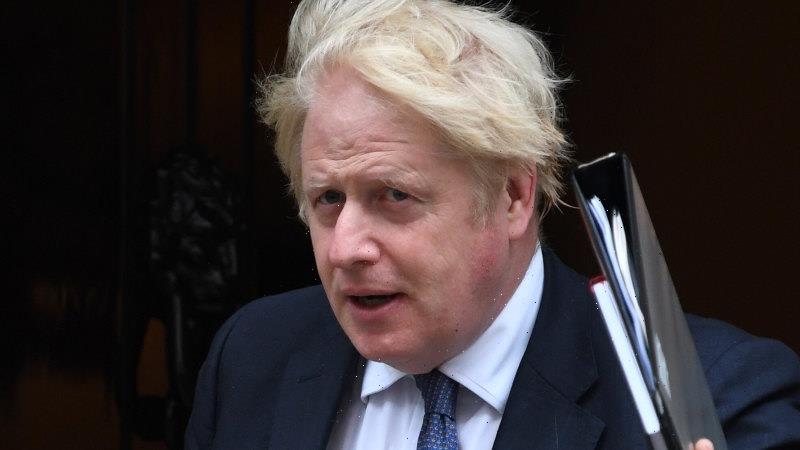 London: Boris Johnson will personally ask Joe Biden for a delay to the withdrawal of US forces from Afghanistan.

Britain’s Prime Minister will put the US President on the spot in front of world leaders at an emergency G7 meeting on Tuesday (Wednesday AEST), after attempts by both Dominic Raab, the Foreign Secretary, and Ben Wallace, the Defence Secretary, to ask the same of their US counterparts fell on deaf ears. 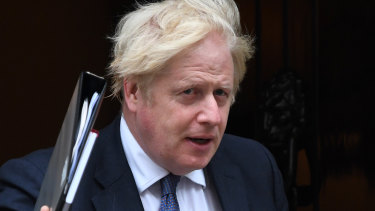 Ministers have been pressing the US privately for days to consider delaying the August 31 withdrawal and ease the pressure on Kabul airport, where thousands of Afghans who are trying to escape the Taliban are still gathered. Seven people died in a crush over the weekend.

The Daily Telegraph understands that unless Biden relents, British troops are due to start to withdraw from Kabul airport within days.

The British government is now preparing for thousands of Afghans to try to flee the country through its land borders with Pakistan, Iran, Turkmenistan, Uzbekistan and Tajikistan.

Johnson is expected to meet senior Cabinet ministers today to discuss his plans to set up “processing hubs” in these countries before some refugees are flown to the UK. 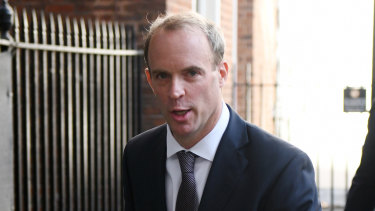 British Foreign Secretary Dominic Raab’s requests to the US have fallen on deaf ears.Credit:Getty

However the proposals were put in jeopardy last night when Russian president Vladimir Putin said he was unhappy that they could risk allowing extremists to travel into Russia via former Soviet countries that do not require visa checks.

Pressure is mounting on Biden to delay the official deadline.

Biden said on Monday (AEST) that 11,000 individuals were evacuated from Kabul over the weekend and he remains committed to assisting all Americans who want to leave Afghanistan get out.

Announcing the G7 meeting Johnson said: “It is vital that the international community works together to ensure safe evacuations, prevent a humanitarian crisis and support the Afghan people to secure the gains of the last 20 years.”

No 10 last night confirmed that extending the withdrawal would be raised at the video-link meeting of world leaders.

One No 10 source said: “The main focus of the G7 is on the long term of Afghanistan but they will of course be discussing the current evacuation effort.”

Wallace signalled in a Sunday newspaper article that US forces “will have our complete support” if they are permitted to stay longer.

James Heappey, a junior defence minister, confirmed that requests for a delay had been raised by both Raab and Wallace with their counterparts in the Biden administration. Raab spoke with US Secretary of State Anthony Blinken on Saturday night. 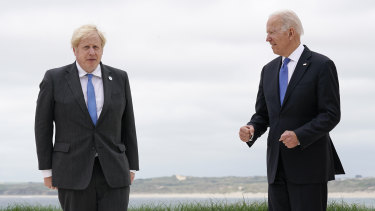 One British government source said the US was “in listening mode rather than making any commitments”. He added: “Biden seems pretty dug in”.

Any extension would mean that more Afghans can be saved, the source said.

Over the weekend more than 1720 people were airlifted from Kabul by the Royal Air Force on eight different flights. A total of 5725 individuals have been flown out since the operation began.

However Heappey warned that any extension would have to be agreed with the Taliban, who are controlling access to the airport. The only current contact with the Taliban is through the Armed Forces on the ground.

He added: “If the programme is extended, then there is the opportunity to continue with flights. But the Taliban get a vote in that too, it’s not just a decision made in Washington.” 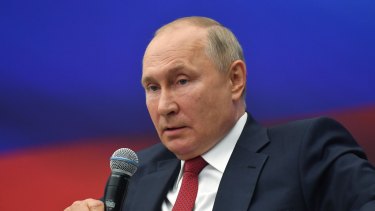 Putin, the Russian leader, said he did not want “militants showing up here under cover of refugees”.Credit:AP

Thousands of Afghans are expected to try to head for the country’s land borders if the exit route from Kabul airport is closed by the Americans. Under Johnson’s plans for processing hubs, 5000 Afghans and their families would be flown from the neighbouring countries in the first year, rising to 20,000 over the following years.

The scheme – developed by Wallace and Priti Patel, the Home Secretary – would operate similarly to the Vulnerable Persons Relocation scheme which has brought 20,000 Syrian refugees to the UK since 2015.

Officials from the UN High Commission for Refugees oversaw the scheme on the ground, helping to screen cases for the Britian, which could reject any refugee on security grounds.

Under the scheme, Afghans would be asked to prove they required urgent medical treatment, were survivors of violence and torture or were women and children at risk. The alternative is to prove they qualify for a scheme such as the one for former interpreters who helped British forces.

However, last night Putin, the Russian leader, issued a strong rebuke saying he did not want “militants showing up here under cover of refugees” by entering unchecked into former Soviet bloc countries.

Putin said: “Does that mean that they can be sent without visas to those countries, to our neighbours, while they themselves [the West] don’t want to take them without visas?”

Officials at the Foreign Office were last night said to be trying to clarify what was meant by Putin’s intervention. Commenting on Putin’s remarks, a source close to Patel said: “We will still make sure we can help those in need.” 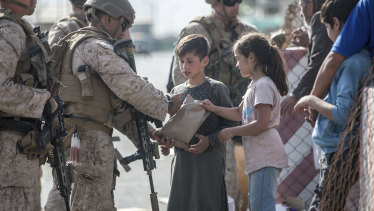 A US Marine opens a meal ready-to-eat package for children during an evacuation at Hamid Karzai International Airport in Kabul. Credit:AP

There are fears now that Russia might try to pressure former Soviet bloc states around Afghanistan not to co-operate with the UK’s plans.

He said: “Putin is going to try to use this to rub our noses in it and come begging him for help”.

There was a further setback yesterday when Turkey warned that it cannot handle the burden of Afghan migrants.

Recep Tayyip Erdogan, the Turkish president, said: “A new wave of migration is inevitable if the necessary measures are not taken in Afghanistan and in Iran. Turkey, which already has five million refugees, cannot take an additional burden of migrants.”

Separately it emerged that a US pilot helped to save the life of an Afghan woman who gave birth onboard a flight from Kabul by lowering the plane’s altitude.

The woman, who has not been identified, went into labour and had complications shortly before the jet touched down in Germany. She subsequently gave birth to a baby girl.